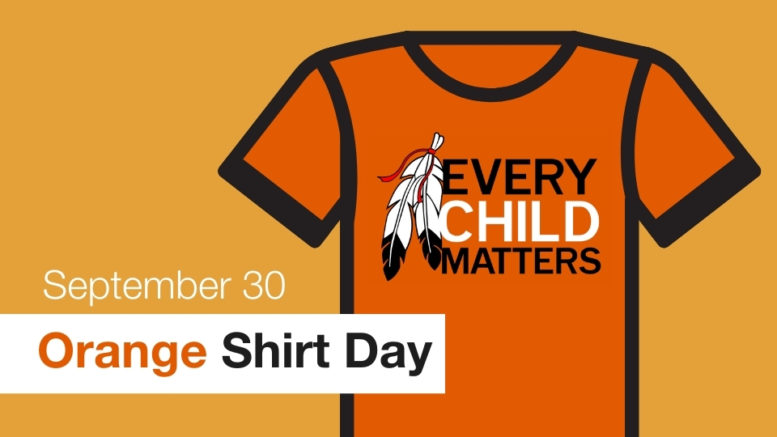 (ANNews) – In June 2021, the Federal Government of Canada announced September 30 as the National Day for truth and Reconciliation, making the date a paid day off for federal workers and employees in federally regulated workplaces.

The national holiday was one of the 94 calls to action from the Truth and Reconciliation Commission of Canada and was created to allow Canadian citizens the opportunity to honour and reflect on Canada’s history of Residential Schools.

The Alberta Government has announced it will not be recognizing the day and has opted to leave the implementation of the holiday to provincially regulated industries, such as Alberta Health Services (AHS).

Alberta Indigenous Relations press secretary Adrienne South said that while the government is not recognizing the federal holiday, the province is encouraging Albertans to acknowledge and honour the legacy of the Residential School system.

“We must not limit our acknowledgement to the legacy of residential schools to just one day,” she said.

South then emphasized the province’s commitment to “implementing the Truth and Reconciliation Commission’s provincial calls to action, including helping Indigenous Albertans reclaim their traditional Indigenous names.”

In response to the province’s decision, the Alberta Union of Provincial Employees (AUPE) is filing formal policy grievances against Alberta-regulated employers that are refusing to acknowledge the federal holiday.

The Union has said that some employers, like Alberta Health Services, have collective agreements which compel employers to acknowledge holidays created by the federal government.

“There have been too many stories in recent days of this provincial government ignoring First Nations peoples and communities in the province,” she said. “Why won’t the government step up and acknowledge this day, which directly responds to the TRC calls to action?”

“This refusal to formally acknowledge the Sept. 30th federal holiday within Alberta flies in the face of reconciliation with First Nations and shows a disdain and lack of care or respect for Alberta’s Indigenous population,” Poitras concluded.

Among the provinces not recognizing the federal holiday are Ontario and Saskatchewan.

The City of Calgary has stepped up and decided to legislate the day by making it a permanent statutory holiday for all city employees.

September 30 will see the City of Calgary at reduced services and operations.

Calgary City Manager David Duckworth said, “This National Day for Truth and Reconciliation is incredibly important to reflect on a relevant issue in our society . . . It’s an opportunity for us to understand, grow and to build bridges with Indigenous people.”

The city has also announced that special events to commemorate the day will be released on its website as the date approaches.