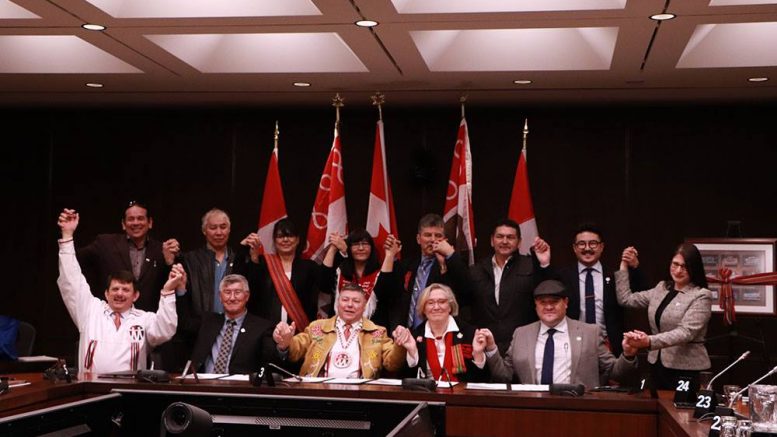 OTTAWA/CNW/ – Together, Canada and the Métis are working towards a renewed relationship, based on recognition of rights, respect, co-operation and partnership.

“We are so proud to sign this Framework Agreement today, which clearly sets out a path to guide negotiations towards greater self-determination for the eight Métis Settlements,” stated Minister Bennett. “We thank President Cunningham for his leadership on this, and we look forward to continuing our work together to move forward on priorities determined by these communities.”

Areas for discussion outlined in the Framework include renewing the government-to-government relationship and supporting healthy, secure and prosperous communities by exploring priorities related to areas such as health, employment and skills development, housing, and child and family welfare.

“The Framework is an important step on the path of reconciliation and recognition of rights, on a Government to Government, Nation to Nation basis. This historic signing will open doors for us that have never been opened before. Today is a very special day as it marks an important step for the Metis Settlements as we embark on a new path to shape our future for the benefit of our children and grandchildren. It is a time of tremendous opportunity and potential to continue building on the vision of our Elders.”

Alberta joins the Metis Settlements in celebrating their 80th anniversary