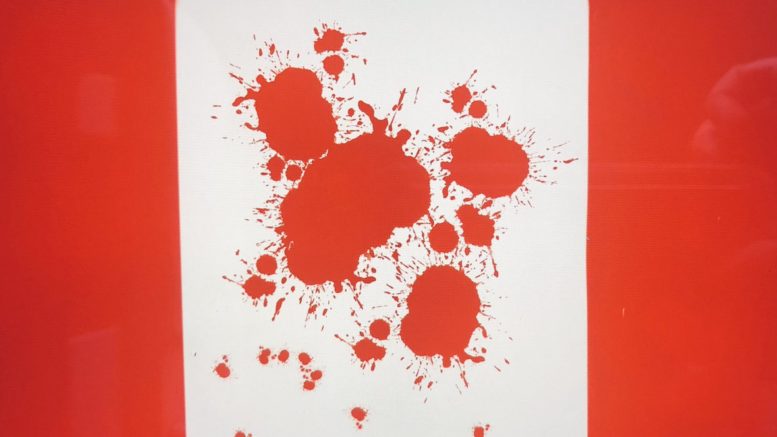 (ANNews) – Instead of regular Canada Day celebrations, First Nations are calling on settlers to use the opportunity to reflect upon the country’s brutal history after the discovery of more than a thousand unmarked graves at the sites of residential schools across the country.

In Alberta, the Fort McKay First Nation says it will be holding a memorial for all the children who never returned home from residential schools, which will include Cree and Dene prayers, drumming, dancing, and cultural ceremonies. The event, which will be the community’s first in-person gathering since the onset of COVID-19, will only be open to members of the nation and the broader Fort McKay community, but can be streamed by anyone on Facebook Live.

Chief Mel Grandjamb says there is much for Canadians to be proud of, but it’s simply not the right time to be celebrating.

“We are not denying or dismissing Canada’s global reputation as a safe and peace-keeping country. But with the ongoing efforts to locate, identify, and honour Indigenous children who died at former residential schools across this country, this is simply not a year to celebrate,” said Grandjamb.

Calgary’s Canada Day fireworks display will occur as normal this year, but Mayor Naheed Nenshi acknowledged it will be a much more sombre occasion.

He said after consulting with Indigenous community members, the city made the decision to have the fireworks, with a moment of silence interrupting the regular music that accompanies the display.

“Their advice to us was not to move forward in division and anger but, in fact, to be able to move forward together as a nation and to use this Canada Day not as something to cancel, but is something to really build upon, to use it as an opportunity to talk about Indigenous history … and to help people commit themselves to reconciliation,” Nenshi told the CBC.

Edmonton’s fireworks are also proceeding as normal, but nearby St. Albert has cancelled theirs.

In Ottawa, a “#CancelCanadaDay” march is planned for July 1 that will span across the river to Parliament Hill.

“The whole country is built on genocide,” says Justine Deschenes, an Algonquin Anishinaabe woman who will be marching. “I don’t understand why that’s celebrated every year.”

Lynn Gehl, an Algonquin Anishinaabe author and academic, has long called for cancelling Canada Day, but she says the idea is being taken much more seriously this year.

“It’s really hit a peak where people are saying, ‘let’s have a day of mourning rather than celebrating this ridiculous ritual called Canada Day,'” said Gehl.

Gabrielle Fayant, a Métis woman who co-founded a nonprofit organization called Assembly of Seven Generations, says it’s not a big ask for settlers to put aside their Canada Day festivities this year and join Indigenous peoples in mourning. She says she expects many sympathetic settlers will join the march.

“I hope Canadians can put their pride aside for one day,” she told the CBC. “Solidarity with others means sometimes you have to sacrifice something, sacrifice a day.”

The Anishinaabek Nation, which represents 40 Anishinaabe First Nations across Ontario, is encouraging people to wear orange on July 1 to honour the memories of those who died at residential schools. The orange shirt symbolism comes from residential school survivor Phyllis Jack Webstad, who told her story of being forced to remove her new orange shirt her grandmother had bought her on the then-six-year-old’s first day at St. Joseph Mission Residential School, as she recounted at a 2013 commemoration event.

In a statement, Grand Council Chief Reg Niganobe says that truth must come before reconciliation.

“Take the time to learn about Indian Residential Schools and Indigenous history in this Canadian Nation. If survivors choose to share their story, take the time to listen and learn with an open mind and heart. Let the families of those who never returned home, speak and guide us,” said Niganobe.

“If you can lay semaa down, sing, or hold ceremony for these binooji spirits, please do so to help them on their journey into the Spirit World.”

“The truth of our experiences that is now capturing the attention of the global community requires all of us to learn from this dark past and ensure that this never happens again,” Ogimaa Peltier said in the same statement.

“Anishinabek languages and our culture will continue to persevere regardless of the injustices we endure. An immediate and decisive commitment to reconciliation by Canada will realize a future that is beautiful, colourful, and wonderful.”

Be the first to comment on "Calls to #CancelCanadaDay reverbate"