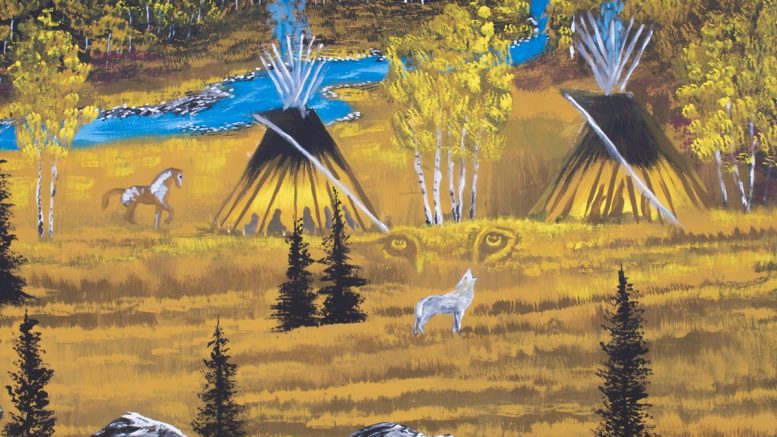 Calgary Public Library will be hosting Indigenous Languages Day at Central Library on Saturday, December 14 with free programming from 10:00 a.m. – 2:00 p.m. The event is open to Indigenous and non-Indigenous people to learn and gather for the Indigenous Placemaking Open House.

(Calgary, AB) – The Calgary Public Library is proud to share several events and special announcements as part of its continued commitment to celebrate Calgary’s Indigenous communities. The Library will be hosting an Indigenous Languages Day at Central Library (800 3 Street SE) on Saturday December 14, with free programming from 10:00 am to 2:00 pm. This day will mark the official opening of the Indigenous Languages Resource Centre and include the Treaty 7 Book Launch, featuring 12 children’s books written in Treaty 7 languages.

“Over the past year, the Library has committed to learning more about Indigenous language and working with the community to understand how we can support them to celebrate and share their language,”

“We are thrilled to see this many new titles enter the Library system that will be shared across Alberta.”

The Treaty 7 Book Launch features a new collection of children’s books by 12 Indigenous authors who represent every nation within Treaty 7. Through the Indigenous Writers Workshop, participants worked with author Richard Van Camp to create children’s books in their traditional languages. These books will be added to the Library’s permanent collection and enhance programming at the Library to promote Indigenous language and storytelling. The full list of authors and titles is available here.

The day will also include the official opening of Indigenous Languages Resource Centre. The centre is a place to meet with Elders, view traditional items, and learn Treaty 7 languages. Features include original Indigenous art and a special ceiling light display that mimics the night sky and constellations long tied to oral practices and storytelling.

In addition to the authors and illustrators being celebrated on December 14, the Library will be hosting an artist talk on Thursday, December 12 from 6:00 – 8:00 pm highlighting the five Indigenous artists that have contributed Indigenous Placemaking art at three locations this year.

“It is exciting to see our Indigenous Placemaking continue at Central Library and extend to two new locations this year. The talent we see in our local communities is inspiring and the value of permanent and prominent Indigenous art in public spaces cannot be overstated,”

At the Central Library, an interactive augmented reality mural created by Jesse Gouchey, Tanisha Wesley, and Autumn Whiteway engages patrons in the Teen Centre on Level 3. On Level 2, metal pictographs of the Blackfoot language sculpted by Adrian Stimson adorn the wall and floor.

At Forest Lawn Library, a story robe, or winter count, by the late Rodney Big Bull, recounts the tragedy of the Baker Massacre.

All these programs were made possible by $1 million in funding from the Government of Alberta and a $1.6 million investment from Suncor Energy Foundation to protect, preserve, and promote Indigenous culture.