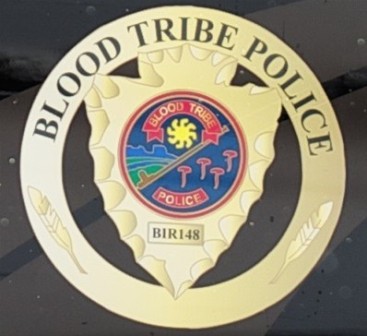 (March 4, 2015) The Blood Tribe Chief and Council have declared a local state of emergency in response to the growing community concern of prescription drug abuse and recent deaths believed to be related to the street drug Oxy 80.

Council’s Health Advisory Committee is currently working with the Blood Tribe Department of Health (BHTD) along with other service providers in carrying out a strategic action plan to provide proper support to the community. The committee has partnered with the University of Lethbridge Faculty of Health Sciences in conducting an asset mapping exercise that will determine what services are available and what is needed in providing assistance to those dealing with addictions.

Dr. Esther Tailfeathers, physician for the tribe, has advocated the medication Naloxone to counter the effects of opioids in overdose situations. First Nations and Inuit Health Branch (FNIHB) have provided 47 Naloxone kits to the tribe and Council is prepared to purchase more kits if needed. A series of community meetings were recently held in Levern, Moses Lake, and Stand Off to inform the public of what Naloxone is and the necessary training required in administering the medication.

The Blood Tribe Police Service is taking immediate action that priority is given to combat the growing unlawful drug sales and increasing use of opiates, including Oxy 80 within the Blood Tribe community.

On March 6, 2015  Police Chief  Lee Boyd stated, “The police service has been aware of an increase in illicit drug use and the proliferation of gang related activity in the community.  The police service has committed two of its 31 police positions to full-time assignments to address issues of drug trafficking and gang activity.  We are currently recruiting a third subject matter expert officer to supervise and direct the activities of this specialized unit called the Crime Reduction Unit or CRU.  Patrol officers have been assigned directed activities during their shifts to monitor and disrupt areas known for high gang and drug activities in the community.   A dedicated tip line at [email protected] has been established to allow citizens to provide current information and tips to police anonymously.  These efforts have resulted in numerous charges and significant disruption of drug activity in the past two months. The tactics and methods they use will not be discussed to protect the integrity of their investigations.”

BTPS contributes intelligence and shares information with the Alberta Law Enforcement Response Teams (ALERT) and other police services in Alberta.  The numerous recent charges in Alberta relating to the seizure of large amounts of Oxy 80 shows that this issue is not unique to the Blood Indian Reserve.  It is however a significant and systemic issue that needs immediate further attention.

Police Chief Boyd stated,  “We realize that charging the drug abusers and traffickers is only a small part of the solution to address these problems.  The police have an important role to play in providing a stable and safe community but many other resources are required to address these deep rooted problems.”

Chief Boyd added, “The BTPS has limited resources and has not had an increase in the number of police officers funded for many years.  We currently are waiting for Canada’s approval of a renewed police funding agreement amongst the Blood Tribe, Alberta and Canada.  Our current funding expires on March 31 and further commitments cannot be contemplated until new funding is in place.   Canada has not negotiated any new terms with the Blood Tribe in relation to its First Nations Policing Program.  That program was reviewed by the Auditor General of Canada and his recommendations will hopefully make positive changes in the future.”

The BTPS encourages anyone using addictive and illicit substances to stop immediately and seek assistance in dealing with their issues of substance abuse.  Friends and relatives of people using these and other illicit substances are also encouraged to assist them to address their abuse and seek appropriate intervention services. They are also encouraged to participate in the program to make the medication Naloxone an opiate overdose medication readily available when needed.  The Blood Tribe has several other services available through their extensive support network as well.

“Over the past several weeks we have received many messages of support and thanks from community members in relation to our efforts to address this crisis in the community,” concluded Police Chief Boyd  “We are very appreciative of that thanks and support.”