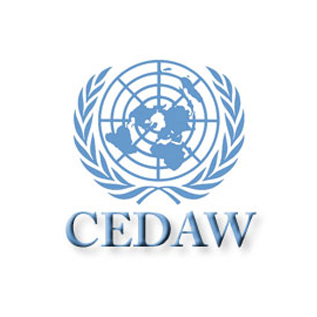 (March 6, 2015) (Ottawa, ON) In a report released March 6, 2015, the United Nations Committee on the Elimination of Discrimination against Women (CEDAW) concludes that Canada’s ongoing failure to address the extreme violence against Aboriginal women and girls constitutes a “grave violation” of their human rights.

Dawn Harvard, Interim President of the Native Women’s Association of Canada, says, “On the eve of International Women’s Day, the CEDAW Committee condemns Canada for failing in its human rights commitments to Aboriginal women because it refuses to deal with the violence as ‘a serious large-scale problem requiring a comprehensive, coordinated response’.”

After extensive examination of evidence, the CEDAW Committee concludes that Canada is violating Articles 2, 3, 5 and 14 of the Convention on the Elimination of Discrimination against Women. These articles require States parties to take all appropriate measures to eliminate discrimination against women, to modify social practices that discriminate against women, and to take into account the special problems encountered by women living in rural and remote areas.

The CEDAW Committee finds that there are ongoing police and justice system failures to respond adequately to the violence, dismissive responses to family members, lack of diligence in investigations, and lack of effective mechanisms for oversight of police practices and conduct, including the practices and conduct of the RCMP.

The Committee also finds that Canada has failed to properly take into account the root causes of the violence. It states unequivocally that the realization of economic and social rights, including the right to adequate living conditions on and off reserve, is necessary to enable Aboriginal women to escape from violence.

“Canada’s inaction in regard to missing and murdered Indigenous women is getting increasing international attention, and this latest from CEDAW calling it a ‘grave violation of human rights’ cannot be ignored,” said AFN National Chief Perry Bellegarde. “The loss of almost 1200 Indigenous women and girls is not an Indigenous issue, it’s a Canadian issue. We continue to push for a national inquiry that would identify the root causes of violence, and for coordinated action across all jurisdictions to prevent and address violence against our sisters, mothers and daughters.”

CEDAW makes 38 recommendations for action, including the establishment of an independent national inquiry and an action plan – something that First Nations and many families of missing and murdered women and girls have urged for years. This is consistent with the findings and recommendations of other international human rights bodies, such as the January 2015 report of the Inter-American Commission on Human Rights as well as a recent Angus Reid poll that found three-quarters of Canadians support an Inquiry.

Just one week ago on February 27 families of missing and murdered Indigenous women, Indigenous leaders, Premiers and federal and provincial ministers gathered for the first ever national roundtable on the issue. Delegates agreed to meet in again in 2016 to discuss progress in the areas of prevention and awareness, community safety, policing measures and justice responses.

“The National Roundtable was an important step in the right direction, however there must be action to address longstanding socio-economic inequalities as well as changes in the justice system before Canada can be said to be respecting the fundamental right to life and security of every Indigenous woman and girl so they can live free from discrimination,” said National Chief Bellegarde.

The United Nations CEDAW Committee oversees the implementation of the Convention on the Elimination of Discrimination against Women by the 188 countries that have ratified it. Canada ratified in 1981. Residents of states that have ratified both the Convention and its Optional Protocol can make individual complaints when their rights have been infringed or can request an inquiry into systemic violations of human rights by their governments.

The Native Women’s Association of Canada (NWAC) and the Canadian Feminist Alliance for International Action (FAFIA) made a request to the CEDAW Committee in 2011 to inquire into the crisis of murders and disappearances of Indigenous women and girls.

“The UN CEDAW Committee has considered voluminous and detailed evidence from Canada about the steps that it is taking, but it finds them insufficient, inadequate, and uncoordinated” – says Sharon McIvor of the Canadian Feminist Alliance for International Action – “so insufficient that the failure amounts to a grave violation of rights.”

“Canada told the Committee that it is ‘strongly opposed’ to the development of a national action plan,” says Shelagh Day of FAFIA. “But the Committee recommends that Canada establish a national public inquiry in order to develop an integrated national plan of action, and a coordinated mechanism for implementation and monitoring it. This is the step that is so clearly necessary now.”

“This is an extremely important report for Canada,” says Dawn Harvard of NWAC. “Canada has been told, first by the Inter-American Commission on Human Rights, and now by the United Nations CEDAW Committee, that Canada’s failures to act violate the human rights of Aboriginal women.

“The CEDAW Committee has issued a comprehensive set of recommendations dealing with policing, victim services, access to justice, stereotyping, prostitution and trafficking, social and economic conditions and the Indian Act. It calls on Canada to implement them as a whole.

“What more does Canada need?” says Dawn Harvard of NWAC. “It is time to act now.”

Click here for the CEDAW Inquiry Report  and for a backgrounder on the inquiry.

Be the first to comment on "UN report: Canada commits grave violation of rights for Aboriginal women"