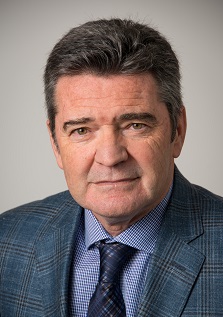 (Victoria) – Lacking any permanent connection to his family and culture and without the mental health supports that might have made a difference, an 18-year-old Métis youth in care took his own life in an act of desperation, says an investigative report issued today by British Columbia’s Acting Representative for Children and Youth.

Broken Promises: Alex’s Story illustrates how the B.C. child welfare system failed to act on opportunities to find Alex a permanent home with family and instead left him to drift through 17 care placements over 11 years until he ultimately leapt through his Abbotsford hotel window on Sept. 18, 2015. Alex was alone at the time, having been placed in the hotel room for 49 days as the Delegated Aboriginal Agency (DAA) caring for him could not find a more suitable option.

“This is a heart-breaking story,” said Bernard Richard, Acting Representative. “Alex was looking for what every child needs and has a right to – the security and permanence of a home and a lasting connection to family. He didn’t get those things, nor did he get the kind of mental health or planning supports he needed as he faced the frightening prospect of aging out of care.”

The Representative’s investigation finds that the Ministry of Children and Family Development (MCFD) did not seize on promising opportunities to place Alex permanently with his stepmother in B.C. or with an aunt and her family in Quebec. Instead, the ministry opted to spend much more to place the youth in a series of care arrangements with strangers that culminated in his extended hotel stay with a mainly absent caregiver.

During his time in care, Alex complained of at least twice being sexually assaulted, of being mistreated and going unsupervised by a number of caregivers, of having food withheld as punishment and of not being provided with suitable clothing. In his final care arrangement, Alex alleged that his caregiver was misappropriating funds that were meant to support him and leaving him alone and unsupported in the hotel.

“Alex endured a lifetime of trauma – removed from his family at an early age, shuttled around the system and cared for by 15 different primary caregivers as well as a legion of respite caregivers,” Richard said. “His ‘behaviours’ were often cited as the reason for his many moves rather than MCFD realizing the moves were actually inflicting even more trauma on this boy.”

The report finds that Alex was also essentially cut off from his culture because social workers and other ministry staff did not fulfill MCFD’s legal obligation to connect him with his Métis heritage. Even under the care of the DAA during his later years, he didn’t receive any meaningful cultural connection, something that could well have been a protective factor and helped to alter his path. In addition, despite no fewer than five referrals to Child and Youth Mental Health, he never received mental health services.

Broken Promises also chronicles problems with the contracted residential agency that housed Alex during the majority of his time in government care. While living in a resource run by this residential agency, RCY investigators found that Alex was poorly supervised by staff, some of whom had questionable credentials and backgrounds, was allegedly sexually assaulted by a female caregiver, and complained about a lack of food and clothing. When MCFD eventually ended its contracts with this agency due to a multitude of concerns, the DAA paid Alex’s former respite caregiver from the same agency to be a restricted foster parent for Alex in the hotel. Witnesses told RCY investigators that Alex felt increasingly distressed living in this hotel, was heavily using drugs and was stressed about aging out of care. Investigators also heard from witnesses that the caregiver hadn’t attended the hotel in the 10 days prior to Alex’s death.

“In many ways, Alex was abandoned by the system,” Richard said. “Early on, it was determined he would simply be left to ‘age out’ of care and not enough effort was made to pave the way for a better future for him. Government must certainly do much better than it did for Alex.”

This report recommends that MCFD provide necessary support so that children and youth in care who are unable to return to their birth families can achieve permanency with extended family or another adult with whom they have a positive connection. These supports should include things such as respite and child care to help ensure success of such placements. The ministry should also ensure that social workers have the time necessary to pursue such placements.

The Acting Representative also calls on MCFD to fulfill recommendations made by Grand Chief Ed John and previous RCY reports to bring Care Plans into compliance with already established standards. Care Plans should ensure that permanency is being actively pursued for every child or youth who is in continuing care and that all Indigenous children and youth in continuing care have a robust strategy connecting them to their Indigenous heritage.

As well, Richard recommends that MCFD take immediate steps to ensure that children and youth in care who have been identified as having mental health issues receive timely and uninterrupted mental health services, regardless of any changing circumstances in their lives.

Finally, this report calls on the ministry to significantly enhance quality assurance oversight and financial accountability for all contracted residential agencies with the highest priority given to the monitoring of service delivery quality and outcomes for children and youth.