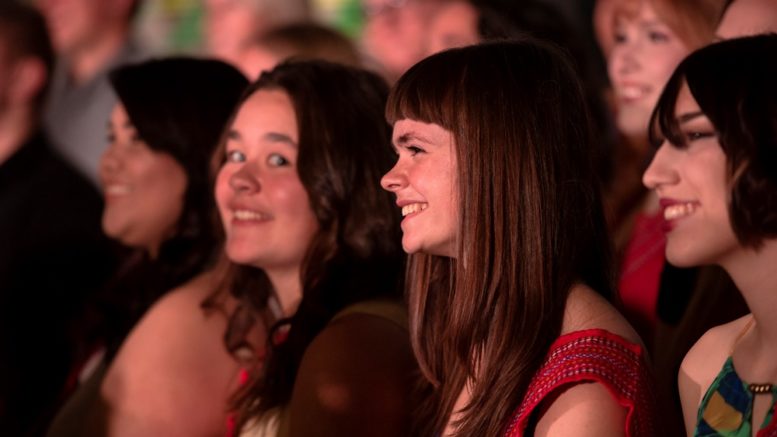 Shaeley Douglas, Sienna Dextrase and Tailynn Mennie were three of the 2019 BBMA Sash recipients honoured at this year's Awards Ceremony. 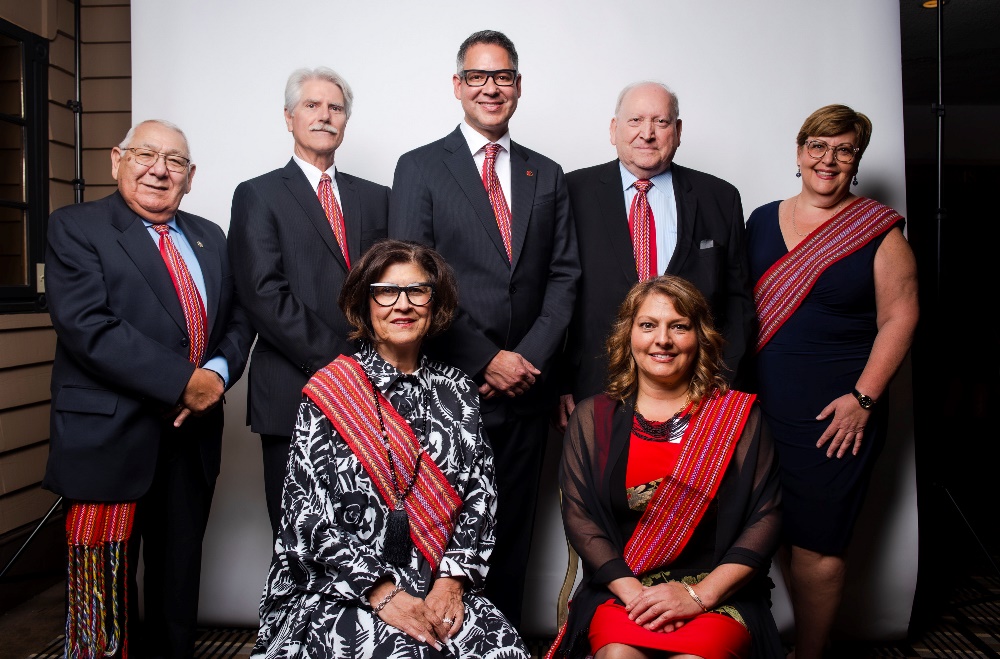 (ANNews) – On Saturday, September 21, 2019 the Belcourt Brosseau Métis Awards (BBMA) initiative celebrated another consecutive year designed to honour and celebrates achieving and deserving Métis students on the path of their educational journeys.

The Belcourt Brosseau Métis Awards program began in 2001 with a $13 million donation from Métis entrepreneurs and philanthropists Georges R. Brosseau Q.C., Orval Belcourt and Dr. Herb Belcourt. The trio founded the awards program to support the educational dreams of Métis youth and mature students in Alberta. Since the inception of this fund more than 2000 awards have been granted providing funding for the cost of tuition.

The evening opened up with fiddlers Daniel Gervais, Alex Kusturok, Brianna Lizotte and Colton Bear providing the ambiance followed by the singing of both the Canadian and Métis anthems by well-known vocalist Sarah Wolfe a 2019 Sash recipient.

The crowd was treated to a new video called “In their own words” where the founders provided an overview of their vision.  Founder Georges Brosseau noted that he believes

“it is important that those in the extended Metis family who have knowledge share it, because knowledge is the fire of education and I’d like to see all of those within the family to be able to light their candle against that fire so all can have a brighter future.”

Orval Belcourt commented that “the BBMA is a vehicle to help Metis people achieve goals and he hopes they do just that.”

Herb Belcourt reminded the students “that the world is in their hands and in the future Canada will be proud of our Native people.”

Kathryn Brosseau BBMA panel member then introduced the many special guests, dignitaries, government officials, sponsors and Elders attending the evening event along with an update on the success of the awards program.

“Today,” noted Kathryn Brosseau, “we are here to witness first-hand the pride, the success and the camaraderie of the Métis people.

“This evening wold not be possible without the support and hard work of everyone involved – the founders, the donors whose contributions to our endowment fund help to financially support their need to pursue post-secondary education and fulfil their dreams of a successful life. This year we are able to support about 197 students with approximately $660,000 this year alone with a total of 7.9 million being disbursed over 18 years.”

She went on thank organizer and communications manager Theresa Majeran and the many volunteers that help to make the annual event special every year and the BBMA Panel Members “who volunteer countless hours to review all of the BBMA applications and manage the tasks that support and guide the BBMA program.” Kathryn introduced Martin Garber-Conrad from Edmonton Community Foundation as “one of our most important partners and excellent stewards of the endowment fund.”

Martin offered his welcoming comment and spoke about the Foundation’s goal to provide lasting solutions to a variety of issues in our communities. He congratulated the recipients in the room and talked about careers and “connections with your heritage and with new friends; your hard work has results for you and your community.

“The numbers of students assisted by the BBMA and the dollars awarded are indeed impressive but the real power of BBMA is the change in individuals – their pride, their opportunities, and their connection to their culture. BBMA helps to create opportunities for cultural recovery, reclaiming pride and for personal, community and economic development.”

Before the sash ceremony began, BBMA Alumni and Sash story teller Matt Hiltermann shared some thoughts regarding the history and meaning of the Métis sash. 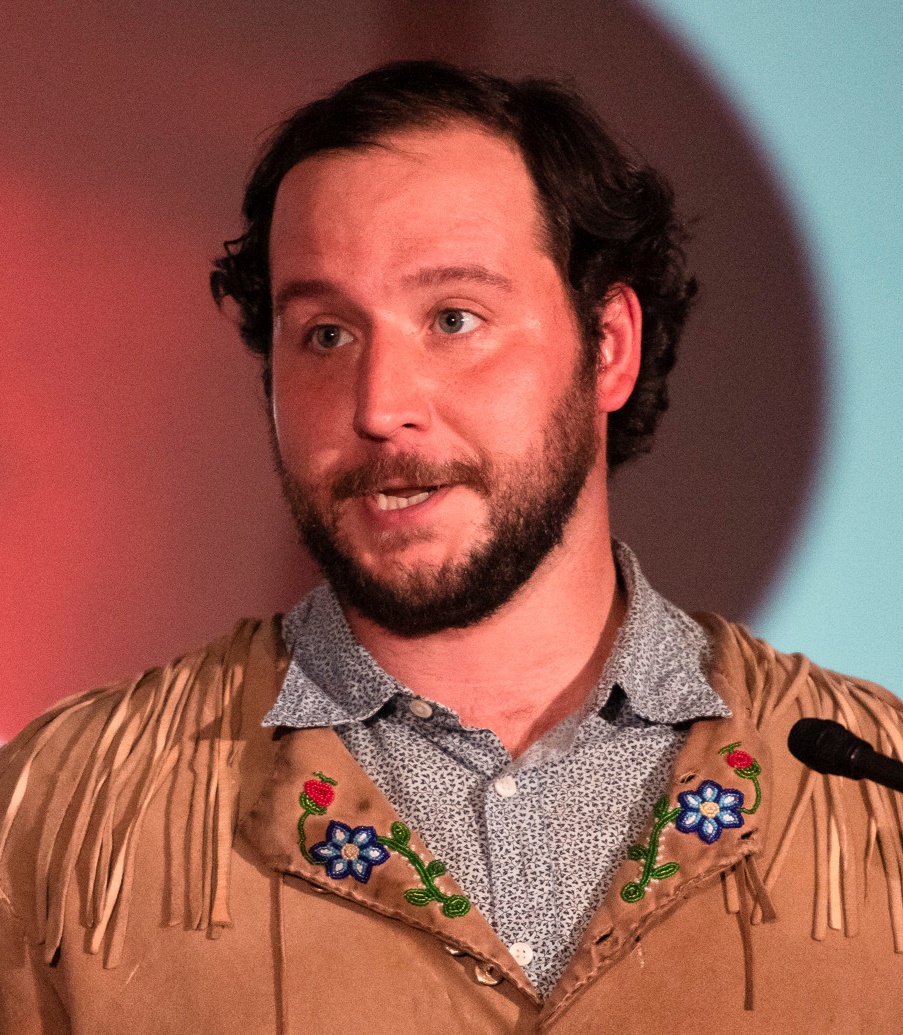 The highlight of the evening – the Sash ceremony was next up with some 62 new award recipients excited and heading to the stage; Elders Phyllis Collins from Elizabeth Métis settlement and Doreen Bergum from Olds presented Métis sashes and BBMA panel members Harold Robinson and Lisa Weber called the students to the stage. As each sash recipient’s name was called, the BBMA fiddle orchestra played. At the end of the ceremony the Moms and Poparazzi rushed the stage with pride in their hearts and cell phones in their hands to capture the moment.

The BBMA Alumni speech delivered by Conor Kerr Manager, Indigenous Relations & Supports at NorQuest College, was full of passion and inspiration. He reminded

“The Métis students here tonight are descended from revolutionaries and rebels, strong matriarchal leaders and people who kept culture, language, and most importantly the dream of a better future for generations of Métis people alive.”

He said, “Every single word you read in your program, every single essay you write, every single question you answer is a revolution. Because you were not supposed to be here right now. I firmly believe that education is the path to creating a new narrative for Metis People.”

Following the alumni speech an outstanding cultural feast was served up including; whole bison roasted and venison sausage by Chef James Hanson and his team at the Edmonton Inn and conference centre. The dinner blessing was provided by Elder Phyllis Collins. 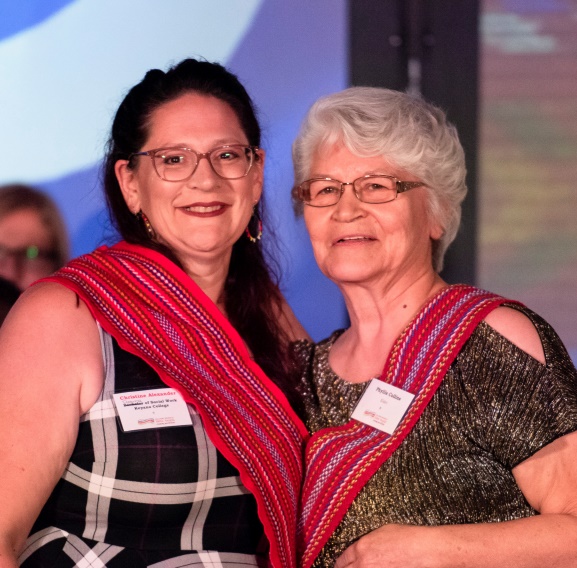 Christine Alexander of Fort McMurray, mother of 9 and a grandmother of many offered her perspective as a Sash recipient. Her career had blossomed into a season FNMI Liaison giving advice to students of Indigenous heritage. Christine works in schools with children and families to bring acknowledgment and awareness to boundaries and help families to remove them or learn lessons from them. Christine learned that only 65% of us make it to grade twelve and she knew she wanted to address this by going back to post-secondary herself.

Christine said, “So those fellow recipients that are here today – give yourselves a pat on the back because you have already beaten the odds.

“You will now be change-makers for the generations to come.

“I was continually pushing young people to think big! To go for not just grade 12 but to go for college or university; to be whatever they want to be. I told them to work hard and to live in their best life.

“I watched many kids work through school breaking stigma and getting education. I always had this yearning to go back to school, but I was so scared.  I am humbled and cannot thank you enough for believing in me and my dream.

“Going back to school seemed daunting my biggest fear was not being able to afford such an opportunity and with your help these steps are now a reality. I will in the future be able to work more closely and effectively within the community I was raised in.”

Her quote from Georges Aramus closed her speech: “You are not responsible for the history of your nation beyond the obligation to study it. It is an inheritance. But you are responsible for what happens in your time, under your watch.”

The evening’s entertainment continued with a performance by BBMA student Robin Cisek performing her original song called “Waiting on You.”  She has released a new single in October titled “Concentric” available now for download on Spotify.

The final powerful speech of the night was provided by continuing student Noelle Antonsen enrolled in a Bachelor of Midwifery at Mount Royal University. 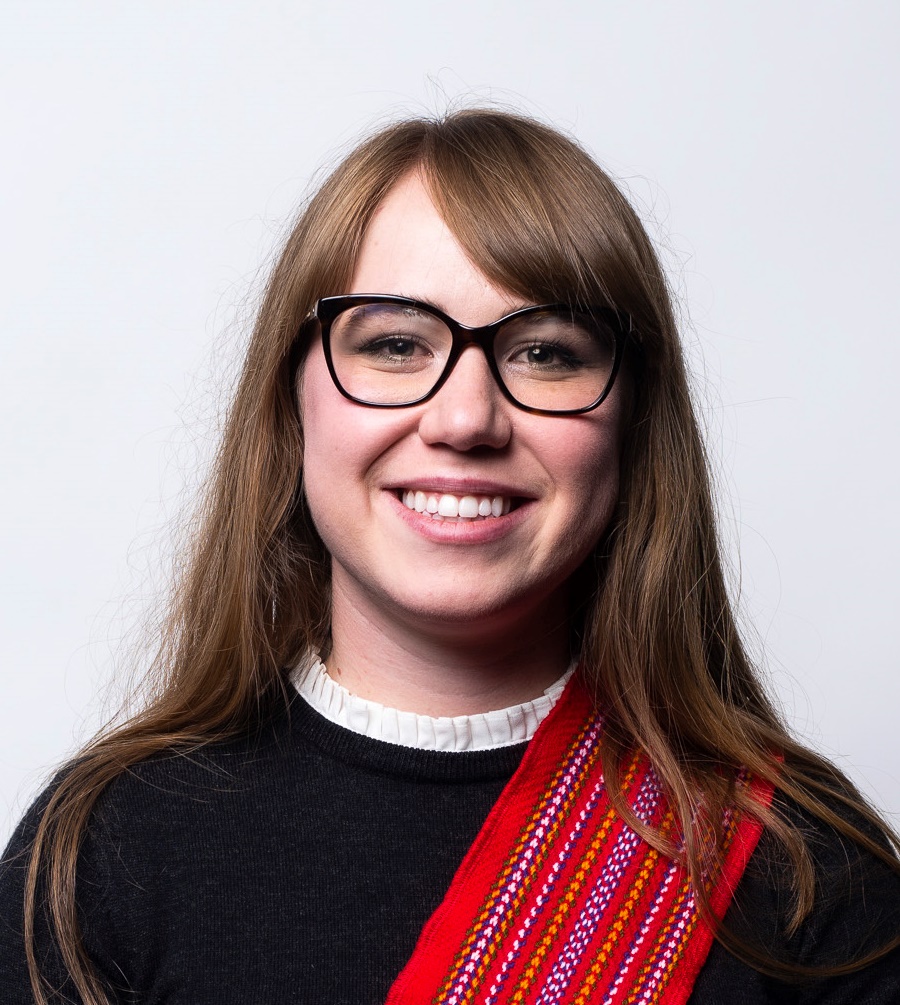 Noelle explained, “I am asked, ‘What made you want to become a Midwife?’ There was no specific event that made me want to become a midwife, but rather a series of experiences that, when added together, equal Midwifery. Like raindrops in a bucket, I did not notice them add up until the bucket was overflowing.

“When I was a child my grandmother told me of her experiences giving birth. She spoke of how scared she was, how alone she felt, and how she would have been treated differently if she was not a half-breed. Yet she also spoke of a kind nurse at the Calgary Foothills hospital, who held her hand as she gave birth to my father and his twin sister.

“While on placement we need to have a reliable vehicle, purchase medical supplies, relocate every few months to our next placement, and follow the on-call schedule of registered midwives. Due to the costs associated with this, I would be unable to continue in my studies without the help of the Belcourt Brosseau Metis Awards.

“While on placement last winter, and the very first birth I attended was at the Calgary Foothills hospital where I held the hand of a young mother as she gave birth. I thought of my grandmother giving birth to my father at that very same hospital, and I thought of the kind nurse that held her hand.

“I believe it is important that Métis people become educated and proudly share who we are. I am so honored to be included with the other award winners who are doing just that.”

To wrap up the evening Elder Doreen Bergum closed the formal event with her prayer, then the kitchen party broke out. The Metis Child and Family jiggers kicked it off along with the fiddlers who provided cultural entertainment all night.  A Jigging mob of proud students and their families formed down the aisle of the ballroom to end the night, the energy was very high.

To qualify for these educational awards, applicants need to choose their educational pursuit and meet the overall requirements of the program.  Students are selected based on a holistic assessment of a student’s financial need, involvement with the Métis community and expression of Métis heritage.

Georges Brosseau told us, “We want to know what their participation has been in the Métis community; they have to show interest in their Metis heritage. We started out with about $13 million and through investments and thanks to the Edmonton Community Foundation’s investment we now have about 18.8 million in the endowment fund. This is very positive news and one that ensures that out Métis people with continue to have the opportunity to go to school and to have a successful life.

“Awards are not based on marks alone. The BBMA awards panel is made up of Métis people. We try to provide the opportunity that many of our young students need – what they do with it will determine their future.”

“It’s an amazing event once again this year, “noted BBMA co-founder Orval Belcourt. We are so very proud of the many young people who are here today to receive their Metis Sash and the recognition they deserve for their dedication to education and for their hard work and achievements. Our young people are becoming better educated as a result of the awards program and their continued success is proof that a little support can go a long way.”

Click here to see the group photo from the 2019 BBMA Sash Ceremony, including sash recipients, BBMA leaders and founders.

Herb Belcourt receives multiple honours for his contributions to culture, community and country