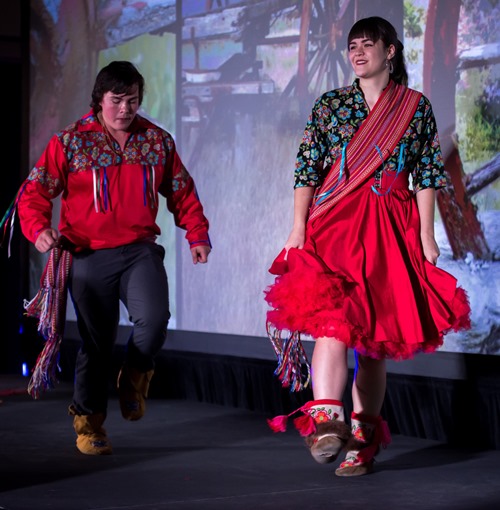 (ANNews) – On Saturday, September 23, 2017 the Belcourt Brosseau Métis Awards (BBMA) initiative celebrated yet another milestone and for the 16th consecutive year honoured and celebrated achieving and deserving Métis students whose hard work and determination is enabling them to succeed.

This year 165 students, who were greeted and cheered on by the more than 450 guests, sponsors, partners and family members who came to participate, were called one-by-one to the podium to receive an award that will allow them to continue pursuing their educational and trades-related goals. BBMA awards range in size from $2,000 to $10,000 and are used to pay for the recipient’s education.

The 2017 award evening took on a different tone this year with the recent passing of Dr. Herb Belcourt, a long time Métis entrepreneur and philanthropist who, along with Georges R. Brosseau, Q.C. and cousin Orval Belcourt, founded the awards program in 2001 to support the educational dreams of Métis youth and mature students in Alberta. Since its inception nearly 1600 awards have been provided to help Métis people achieve an opportunity to complete their varied educational goals.

Communication Director and BBMA awards night planner, Theresa Majeran organized a wonderful photographic tribute to celebrate Herb’s life. She said the opportunities presented to awards’ recipients come via “a “unique one-of-a kind initiative, a program provided by the foresight and wisdom of the BBMA Founders and the ongoing partnership they share with the Edmonton Community Foundation.”

The evening got underway when co-emcees Fred Keating and Lisa Squires finished up a short comedy routine before retreating to their individual microphones. Squires, a BBMA Alumni who received an award in 2006, welcomed the Elders, founders, board members, RCMP, Edmonton Community Foundation, government and Métis leaders, the awards students and the 70 soon-to-be Métis Sash recipients.

Father Jim Holland, currently on a one-year sabbatical, provided a few jokes, an opening prayer, and on a sadder note told the gathering that former Senator Thelma Chalifoux had passed away just a day earlier.

Before BBMA chairperson Kathryn Brosseau offered her welcoming comments well-known local singer, Sarah Wolfe delighted the gathering by singing both the Canadian and Métis anthems. The audience fell silent with the showing of a wonderful and moving video tribute to the late Herb Belcourt, before breaking into a hearty round of applause to celebrate and honour their long-time friend. 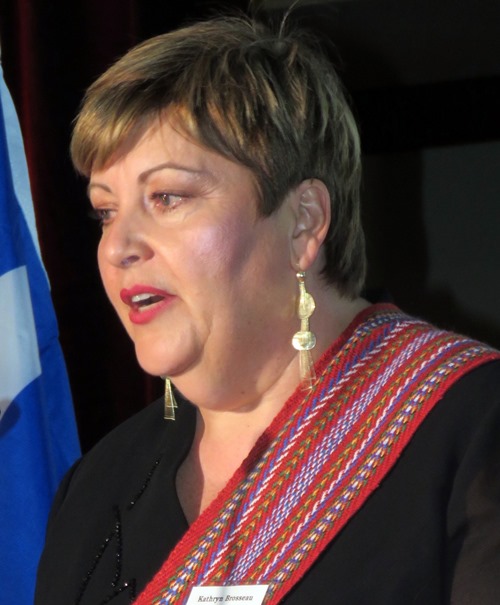 “Unique to this celebration tonight,” explained Brosseau, “is that there’s going to be entertainment and it’s going to be provided by BBMA students. This is the first time this has happened and together we will get to experience the wonderful talents that our students have; I’m certain you will all enjoy the variety of entertainment we have for you tonight.

“This past year we’ve received the most applications in our history. Over 450 applications were received from students; we were able to approve 162 students with about $600,000 in awards. Our grand total over the past 16 years amounts to more than $6.7 million in awards to over than 1100 students.” 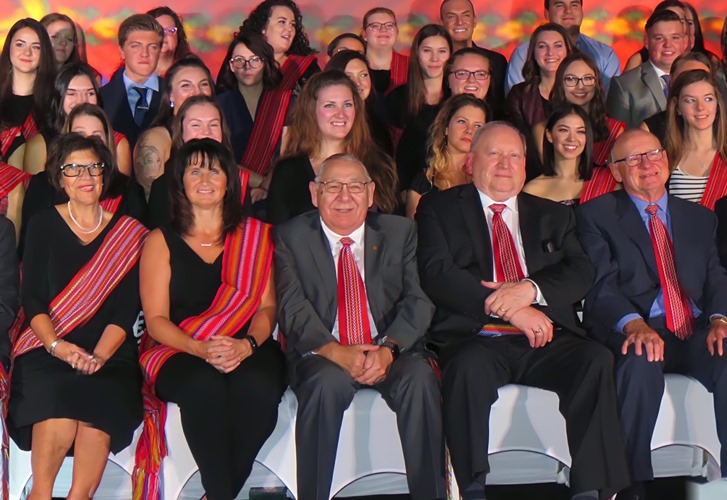 The 2017 BBMA Founders, administrators and Sash Recipients sat for a group photo (Part 1).

Brosseau credited the donors and sponsors for the success of the program, noting that “the donors grow our endowment fund, which enables us to fund more students with higher awards, and the sponsors provide the funding for this event, which allows us to bring students from across Alberta to Edmonton to receive their Métis sash and meet their Métis family.”

BBMA Panel member, Barry Belcourt spoke to the gathering about co-founder Herb Belcourt, the work he did over the years and his passion to see every Métis students reach out to achieve their goals.

“Herb’s positive attitude and get-to-it spirit has impacted the lives of thousands of people throughout Alberta and across Canada,” he noted. “Herb was a son, a brother, a husband, a father, a grandfather, a great grandfather, a friend and a mentor and a shoulder to lean on. He was an individual who was always on a mission – give him a challenge and he usually exceeded beyond expectations.  As we remember him today, I thank all of you for being here.” 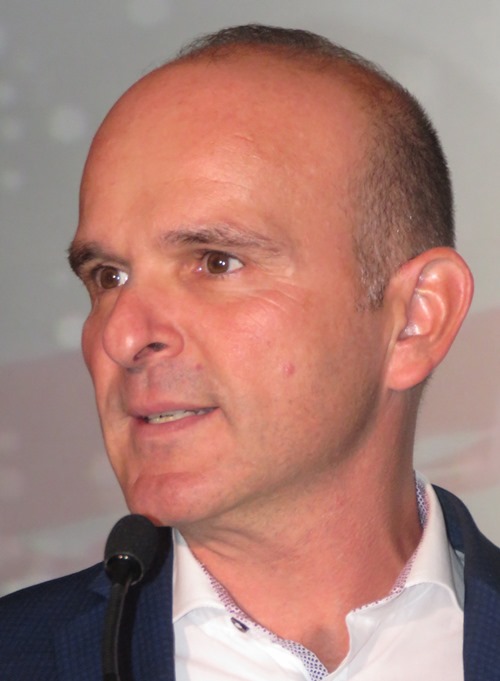 Member of Parliament for Edmonton Centre and Special Advisor to the Prime Minister on LBGTQ issues, Randy Boissonnault, drew a loud round of applause when he told the gathering that not only did Prime Minister Trudeau “speak on the world stage about the failings of our country, in particular to Indigenous peoples,” he also reiterated on that world stage “Canada’s pledge to continue to commit to the United Nations Declaration on the Rights of Indigenous People and to advance it through reconciliation. Just today the RCMP have agreed to return certain artifacts one belonging to or related to Métis people and Louis Riel. The Government of Canada realizes the importance of these artifacts to Métis people and they are being returned in the spirit of reconciliation, to the Métis National Council.”

The Edmonton Community Foundation has been a partner with the BBMA for 15 years, about a decade after the Foundation began working to create and maintain a strong, vibrant community by acting as a bridge between donors’ wishes and the needs of charities in the greater Edmonton area. By pooling contributions from individuals and organizations, ECF creates permanent endowment funds that provide long-term support for a wide range of local charitable organizations and causes, while helping donors maximize the impact of their charitable giving. To date the Foundation has allocated more than $190 million to enhance and strengthen the community. 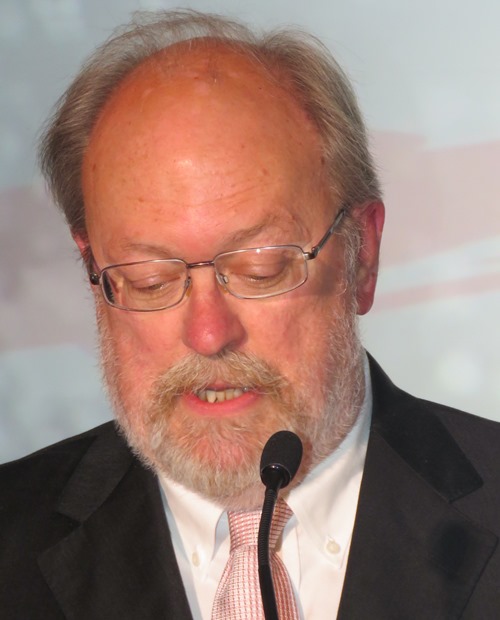 Instead of offering his own words, ECF CEO Martin Garber-Conrad told the gathering that he’d like to read those of a former BBMA recipient.

“Dear Belcourt Brosseau Awards Panel,” began Garber-Conrad, “I came from an area of the province where Métis culture is not something that is celebrated or even acknowledged. I knew I was Métis but didn’t really know what that meant. There weren’t many opportunities to learn about my culture – then, one day about three years ago my high school counsellor gave me a link to the BBMA and invited me to apply.

“When I got the email (that I’d qualified) I cried because it meant that I would be able to attend the University of Calgary,” the letter continued. “This award has opened doors for me and taught me so much about what it means to be Métis. When I received the award, it was one of my proudest moments; it meant that I was part of a community, a family. This award and the people I met at the ceremony inspired me to not only become involved in in the Métis community in Calgary, but it also helped me to reevaluate my career goals.”

Plans to pursue a career in journalism changed once the writer completed a couple of courses on Native Studies.

“Native Studies was my minor, but I’d like to try for more,” the letter continued. “I want to make Alberta and Canada a better place for Indigenous people. I plan to focus on reconciliation and healing relationships between the Indigenous peoples and the government. All this because of this award – and I thank you for considering me for a third time.  Sincerely, Taylor Masters.” 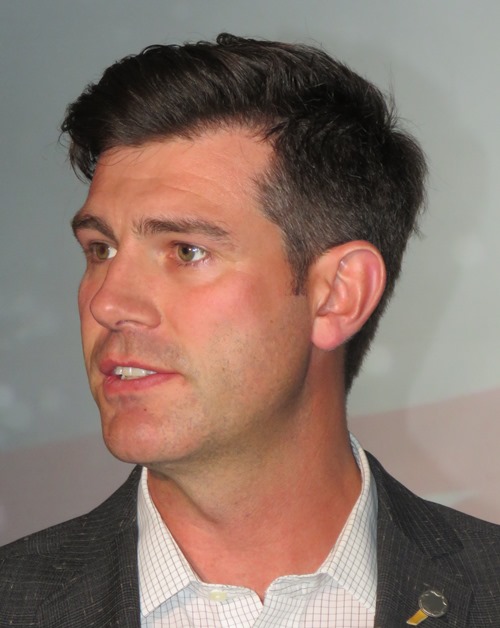 Introducing Edmonton Mayor Don Iveson to the podium Martin-Garber noted that “since becoming Edmonton’s 35th mayor in 2013 Don Iveson has set his sights on transforming Edmonton into a more resilient, competitive and well-governed city that is recognized as one of the best places in Canada to build something great. In his time at council and as mayor, Iveson has earned the reputation for being pragmatic, creative, collaborative and compassionate in his approach and in his accomplishments,”

Iveson spoke to the gathering, and “respectfully acknowledged that we are gathered here on Treaty 6 Territory and one of the great homelands of the Métis people, as well as (since the last federal census), the largest gathering of Inuit Canadians this side of the arctic circle – which means this city is the crossroad of reconciliation.”

Iveson also spoke about the importance of family and said the BBMA event, which brings family together, reminded him of similar values in his own household and with his extended family. 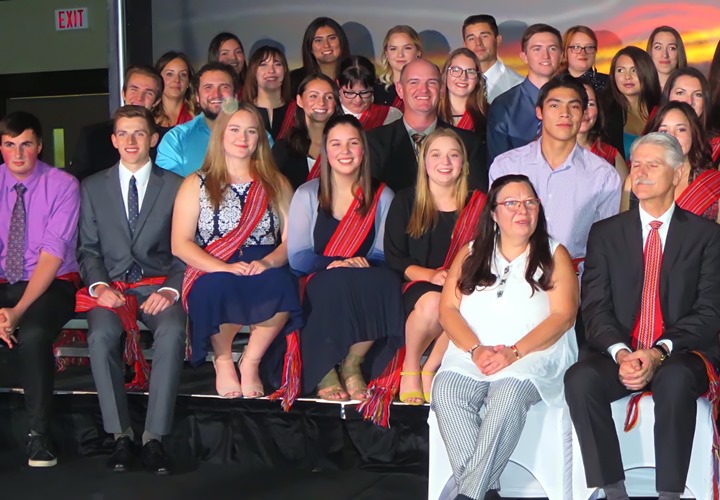 “Our family,” he noted, “is blended as well and with that comes a lot of opportunity but also a lot of misunderstanding. You have a lot more experience than I do, at 200 years more, but with it comes a kinship. Our family is a blend of two races and two very different traditions and that’s a very special gift and it’s a gift the Métis Nation shares with all Canadians as a uniquely Canadian people.”

Iveson lauded the work and accomplishments of the BBMA founders and thanked them for the positive things they’ve done to make both Edmonton and Canada a better place to be. He congratulated the awards recipients “for seeing fit to invest in your own betterment through education. One of the Elders I sit with often speaks about education being the ‘new buffalo’ – it is the thing that will sustain you throughout your life.”

Elder Betty Letendre and Dr. John Brosseau teamed up this year, smiling proudly as they draped the colourful Métis sashes over the shoulders of the 70 Sash Recipients who were honoured this year.

Over the course of the evening several alumni rose to the podium to speak about what the awards meant to them as they pursued their educational endeavours. The speakers included first year sash recipient, Logan Lukinuk, who is attending his first year at MacEwan University and enrolled in the Bachelor of Commerce program; alumni Matt Hiltermann, a Socio-Cultural Anthropology graduate (University of Calgary) who spoke about the history and the significance of the Métis Sash; continuing student Chelsea Boucher, a first-year law student attending the University of Victoria and others.

“Some generous donors,” noted Theresa Majeran, “have established funds within the BBMA Endowment Fund, each of which supports BBMA recipients within the criteria defined by the donors. The BBMA Founders and the ECF appreciate their involvement and generosity.” 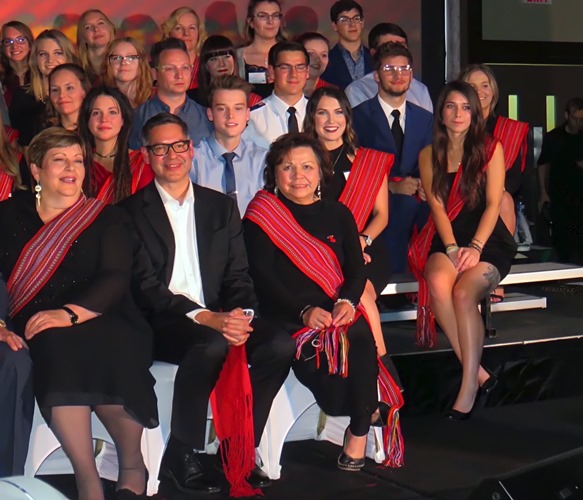 Want to know more about the Belcourt Brosseau Métis Awards program? Contact Theresa Majeran; she’s available to visit your community, organization or school to talk about the awards and welcomes inquiries about contributions from companies and individuals who would like to get involved in helping to improve the lives and the opportunities of Métis students. You can contact her by calling 780-977-5515 or by sending an email to her at: [email protected]. 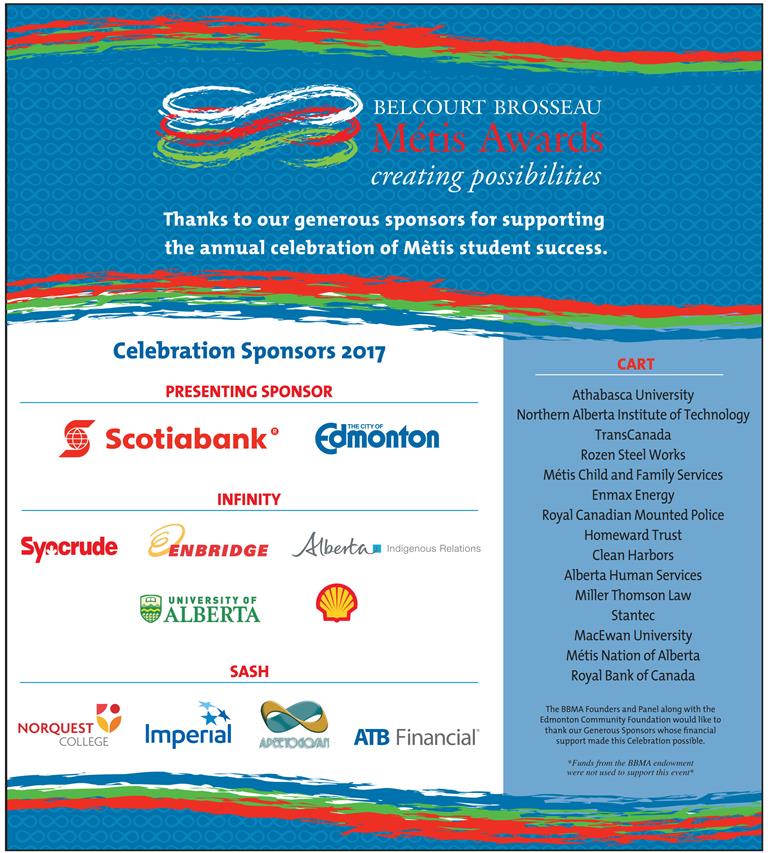