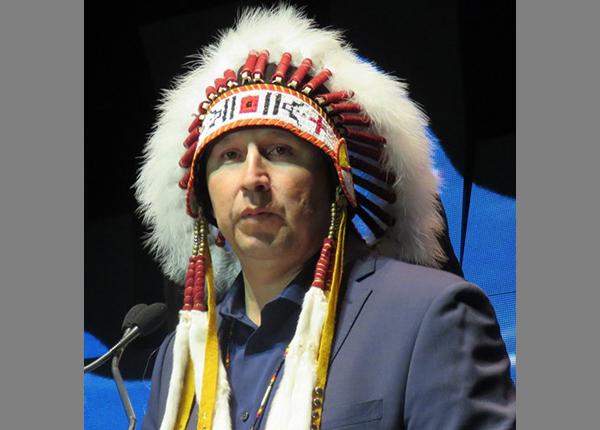 (ANNews) – The chief of the Alexis Nakota Sioux Nation says the Pope’s apology for the Catholic Church’s role overseeing residential schools is a good first step, but what’s needed is an independent investigation.

Chief Tony Alexis spoke in the wake of Pope Francis’s July 26 participation in the annual Lac Ste. Anne Pilgrimage, as well as his visit a day earlier to Maskwacis, where he apologized at the site of the former Ermineskin Residential School. Ermineskin was the only former residential school site the Pope visited on his trip to Canada.

In addition to his apology, the Pope called for an investigation into crimes committed at residential schools, but was scant on specifics.

He said the Papal apology was valuable “validation of what happened to our people,” but is insufficient on its own.

However, he criticized how Indigenous leadership and survivors were treated by the Pope’s delegation. “We were treated [as if] we didn’t have the capacity to do this work, that maybe we shouldn’t be the ones doing it,” Alexis said.

He said this provided a stark contrast with how the prime minister and his entourage, as well as other dignitaries, were treated. “We had to scramble to find a spot or a stool, and in some cases we were sitting on the ground,” said Alexis.

It was left to the chiefs to reach out to survivors and ensure all their needs were met in the aftermath of the Pope’s visit. Alexis said the Church should have taken the initiative to demonstrate its seriousness about reconciliation. “You can’t open up a wound and leave people like that. It’s devastating,” he said.

Alexis had the opportunity to speak to the Pope briefly. He applauded him for showing up, which Alexis said shows “true leadership.”

“We still have lots of work to do, but we’re happy that you’re here and we’ll host you in the best way we can,” Alexis said he told the Pope. Local artist Eugene Alexis gifted the Pope with an eight-foot-long painting depicting Jesus on a mountain.

“The theme of this event was walking together and we worked hard to try to accomplish that,” Chief Alexis said.

“Looking forward, how we walk together is we need to be at the same table. If we’re going to do anything to benefit us or support us, we have to be at the table and lead our people to make sure everything that we need happens.”