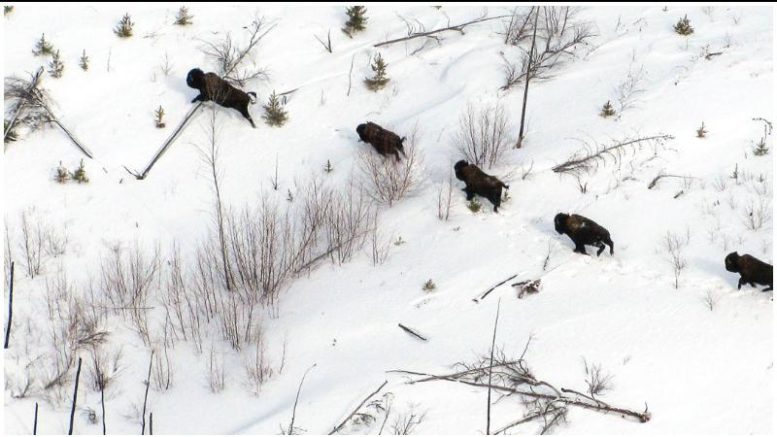 (ANNews) – In early February, the Alberta Government announced two projects in a seemingly new step towards conservationism and First Nation collaboration – but that also have ramifications for resource development.

It was reported that the Alberta Government’s Moose Lake Access Management Plan (MLAMP) was being finalized. The plan is to create rules in a sensitive area of the Athabasca oilsands region.

“This is a long-awaited moment in the process of honourable Treaty implementation,” said Chief Mel Grandjamb. “We are grateful for our Elders and community leaders who were early champions for the protection of Moose Lake and advocates for the full implementation of Treaty rights, and meaningful acts of reconciliation.”

The plan prohibits major infrastructure, including airfields, landfills, permanent work camps and central processing facilities within the 10-kilometre zone. The plan also includes enhanced environmental monitoring for air, land, water and biodiversity within the planning area and no new industrial mining activity within the zone.

However, the plan does allow for 15 percent of the land to be developed.

The MLAMP sets out a maximum of 15 percent of the planning area that may be disturbed by industrial development at any given time. Additionally, energy-related activities within one kilometre of the reserves will be limited to low-impact exploration and monitoring only.

“The resources within that 10 kilometre-zone could still be developed, while following the land use plan that we’re putting in place, respecting disturbance limits and working with the community to help monitor the environment,” Alberta’s Environment and Parks Minister Jason Nixon said.

“I want to stress this is a pro resource-development plan,” he said.

“At the end of the day what we see here is a plan that balances First Nation community needs and rights, the treaty rights, within the area but still allows resource development to take place.”

It was also announced by the Alberta Government that the Kitaskino Nuwenëné Wildland Provincial Park was going to be expanded to create the largest contiguous protected area of boreal forest in the world.

The 160,000+ hectare park, sitting south of Wood Buffalo National Park, would be expanded by 143,800 hectares and connect to the surrounding wildland parks.

“These lush green areas have provided home and habitat for native species for generations, long before humans arrived on this land,” said Alberta Premier Jason Kenney. “Because of what we are announcing today, they’ll continue to do so for generations to come.”

Kenney pointed to Mikisew Cree First Nation (MCFN) as leaders in the park expansion who have been working on the expansion for three years by consulting elders and land users on their vision for the area.

“The message came back clear,” said MCFN Chief Peter Powder. “We need to protect the watersheds that flow into Lake Claire of the Wood Buffalo National Park, we need to protect the caribou and the wood bison habitat that is adjacent to the park and we needed to keep the boreal forest south of the park intact.”

“It’s our culture, it’s our way of life,” said Chief Powder. “The importance goes beyond just us, it matters to all Albertans.”

To make the expansion a reality, Minister Nixon said Athabasca Oil will surrender 23,500 acres, while Cenovus will give up 60,000 acres.

“Most people think of mountains and prairies when they think of Alberta,” said Nixon. “However, the boreal region within our province’s north half is vast and remarkably important.”

“This is an illustration that this government doesn’t just talk the talk when it comes to partnering with Indigenous communities and industries in this province,” said Nixon.

Since 2019, Athabasca Oil has been collaborating with the MCFN and the Government of Alberta to expand the Kitaskino Nuwenëné Wildland Park, stated Rob Broen, president and CEO, Athabasca Oil Corporation.

“Athabasca Oil has relinquished over 95,000 hectares of mineral rights to help make this park expansion a reality. The expansion of the park will help the province meet its biodiversity and conservation goals in this culturally and ecologically significant area. This represents a significant success for Indigenous communities, industry and Albertans.”