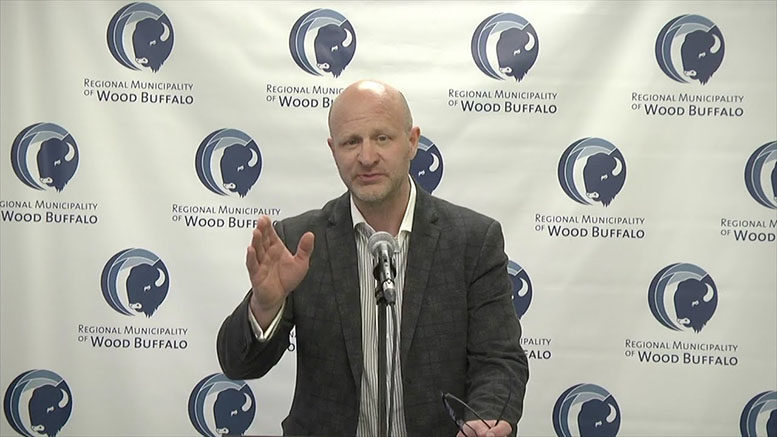 (ANNews) – Although this year’s provincial budget includes $2.5 billion in contingency funds for disasters and emergencies, the Alberta government is forcing municipalities and Metis settlements to pick up 10 percent of the tab.

Additionally, funding for each affected property will be capped at one-time funding of $500,000. If a property is damaged in another emergency, then the owner is out of luck.

Adults will receive $625 as an Emergency Evacuation Payment, while those under 18 will receive $300, but only for emergencies that require an evacuation order lasting at least seven days and if the disaster is uninsurable.

The changes come into effect April 1 and don’t apply retroactively to past disasters.

Municipal Affairs Minister Ric McIver informed Scott in a March 12 phone call that these changes were being made.

“The way I found out was not through some consultative process, they gave me a ‘here it is, it’s happening,’ which is how so much of this provincial government operates,” said Scott. “Every Albertan should be up in arms about these kinds of decisions. This puts peoples’ financial lives at risk.”

The UCP government has been “screwing the region,” he said in an interview with the CBC.  “This time it’s a lot more than just this region because these changes affect every Albertan.”

Making municipalities pay for part of disaster relief will force them to cut services or increase property taxes, Scott added.

“It’s going to download costs to local governments and to homeowners,” he said. “Residents of our region and throughout Alberta should be furious with this government.”

Scott was previously critical of the government’s approach to rolling out the Disaster Relief Program funding for last year’s floods, in which the regional municipality had only received $42 million of a $100 million government commitment as of February 2021.

According to the Insurance Bureau of Canada, the 2020 floods caused more than $424 million in insured damage and $617 million uninsured. By contrast, the 2016 Horse River wildfire cost $9 billion.

UCP MLA Tany Yao said the changes will make developers think more carefully about where they are building.

“I think it’s above and beyond that (sic) government compensates people for natural disasters. I’m proud that our government was willing to do that for the flood,” said Yao. “But, I think we still have to take some personal responsibility, as does the municipality, in ensuring where people purchase safe locations and enable a good long-term investment.”

This was echoed by McIver’s press secretary, McKenzie Kilber. “By incentivizing municipalities and homeowners to improve risk management we hope to start a conversation on the best ways to reduce the financial and human costs of disasters in Alberta,” she said.

Be the first to comment on "Alberta puts municipalities, Metis settlements on the hook for 10% of disaster relief costs"