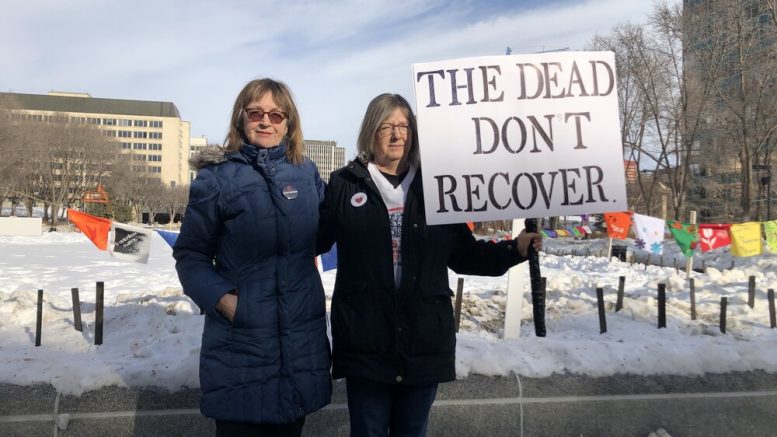 The announcement comes after an audit found that more than $1.6 million in public money had been “misappropriated” and unaccounted for by the AIDS Outreach Community Harm Reduction Education Support Society (ARCHES), the organization which ran the program.

The audit “substantiated allegations of asset and funding misappropriation, non-compliance with grant agreements, and inappropriate governance and organizational operations,” according to the provincial government. The Government also alleges that ARCHES “seriously mismanaged taxpayer funds meant for the most vulnerable in our society.”

According to the audit, $13,000 of ARCHES SCS interest money was spent on parties, staff retreats, entertainment and gift cards. $4,300 was used for European travel expenses. And $7,550 was spent on management retreats with many other “misappropriated” purchases being found.

“It is disturbing and extremely disappointing to me that taxpayer funds allocated to this organization in order to serve the most vulnerable in Lethbridge would be used for European conferences, expenses for retreats, entertainment and gift cards,” Associate Minister of Mental Health and Addictions Jason Luan said in a statement. “Our government will not stand idly by while millions in taxpayer funds are missing or misappropriated.”

In response to the de-funding of the program, the Government of Alberta tasked Alberta Health Services (AHS) with creating a temporary mobile overdose prevention site in Lethbridge to continue the services once provided by ARCHES.

However, the response taken by the Alberta Government has received backlash among many people. Elaine Hyshka, an assistant professor at the University of Alberta’s School of Public Health said, “I’m extremely worried that this could lead, potentially, to an increase in overdoses and overdose deaths in Lethbridge.”

The mobile sites have “huge limitations” as opposed to fixed sites because of “a sheer lack of capacity,” Hyshka said. “There’s just not going to be the space or the staff or the capacity to help people connect to broader services. It’s just extremely difficult to wrap my head around the idea that an interim mobile service will even be able to come close to meet the demand of the community for this type of care.”

The Lethbridge SCS saw more than 60,000 visits from January to March of this year. Compared to Calgary’s SCS which saw 19,000, it’s safe to say that Lethbridge is home to the busiest SCS in the province. Since the site opened in February 2018, there have been 435,300 visits.

Albertans for Ethical Drug Policy, a coalition of nurses, harm reduction advocates and people with lived experience, wrote an open letter to Luan which said, “We agree there are unanswered questions related to the use of public funds, but to say this decision is not driven by ideology is laughable.

“If a fire department mishandled its funding, the government would not close down the station. The overdose crisis in Alberta is a raging fire, and we need to maintain and bolster current harm reduction services.”

The group said the province’s plan for a mobile site “is the equivalent of using a Band-Aid on a bullet wound.”

NDP Leader Rachel Notley said she was concerned for the “disproportionate number of people in Lethbridge that rely on the services.”

“I would hate to see this used as a means for the UCP to implement a non-science-based ideological agenda,” Notley said. “I would hope that the government does not use this as an excuse to go after safe injection sites . . . because we know they save lives.”