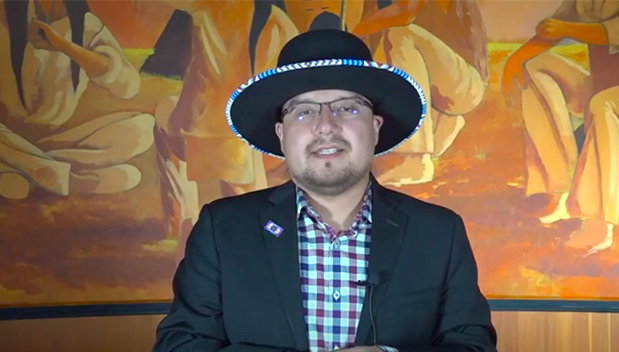 (ANNews) – The provincial government has approved the transfer of a small parcel of land in west Edmonton that holds an Enoch Cree cemetery back to the nation, CTV News reported.

The piece of land, which is near Anthony Henday Drive and Whitemud Drive, was part of the Enoch Cree Nation’s reserve land until the Canadian government forced it to surrender in 1908.

The nation reached a $54-million settlement with the feds in 2004 over the surrender.

At a June 20 ceremony, the province announced it approved the transfer as an effort towards meaningful reconciliation.

Ground penetrating radar showed the likely presence of 80 gravesites on the land,  including the graves of Enoch Cree Nation’s first leaders, such as Lazarus Lapotac, Enoch Lapotac, and Tommy Lapotac, whose descendents attended the ceremony.

“We are all standing where our ancestors are buried,” he added. “In a lot of ways this site was forgotten, but now we are here.”

Morin approached the provincial and federal governments last year with the proposal to transfer the land as a reconciliation gesture.

“It took collaboration between those two levels of government to say, the right thing to do is to give Enoch Cree Nation back their land,” he said.

Indigenous Relations Minister Rick Wilson said the transfer is the first of its kind in Alberta.

The province has never approved this type of land transfer before, he explained.

“Most of us pass this spot,” Wilson said. “You are driving on the highway and you do not take notice about what is back here.”

In a news release he added that “for the people of Enoch Cree Nation, it is a spiritual place where their ancestors may lay.”

While the government has approved the transfer, it will take a few months before it is fully implemented.

“Surrounding lands will continue to be publicly owned and used for current and future pipeline development without harm to the historic cemetery,” the release notes.

In Alberta, there are as many as 400,000 acres of surrendered Indigenous reserve land, some of which were fraudulently surrendered as a result of the actions of the Canadian state.