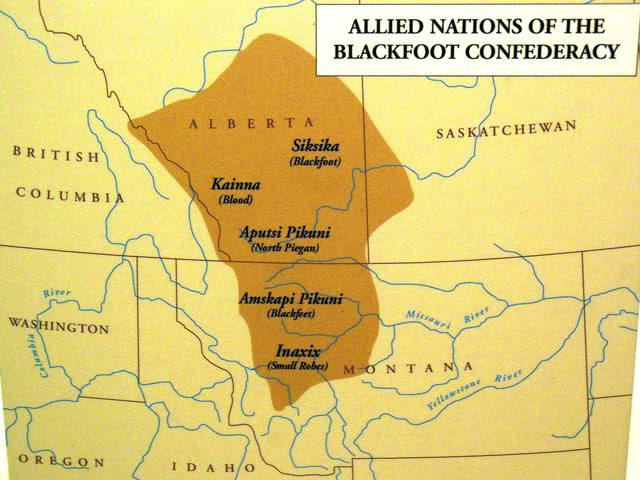 (March 24, 2017) – The Alberta government and Blackfoot Confederacy have signed a new relationship agreement that will have both parties working closely on shared priorities.

The Blackfoot Confederacy includes three First Nations in southern Alberta – the Blood Tribe, also known as the Kainai First Nation, Piikani Nation and Siksika Nation. These Nations have about 25,000 members.

“Our government is focused on building strong, collaborative relationships with First Nations and this agreement will formalize how we will work together,” stated Alberta Premier Rachel Notley. “The Chiefs and I will meet annually to discuss progress and strategy.”

The Alberta–Blackfoot Confederacy Protocol Agreement sets out a formal process for government and the confederacy to collaborate in several areas including: economic development, culture and language, social, political and legal issues, environment and lands and reconciliation as well as the implementation of the United Nations Declaration on the Rights of Indigenous Peoples. 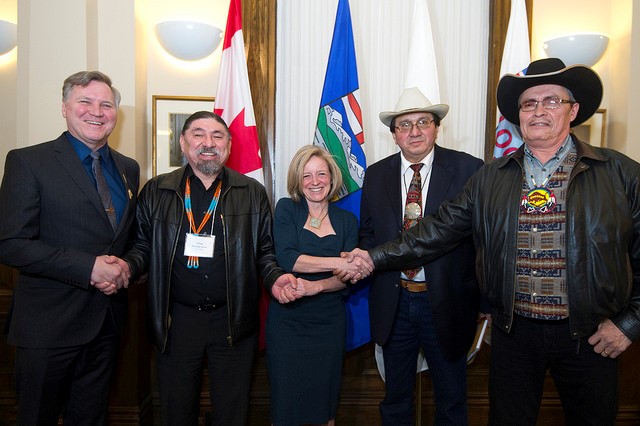 “I would like to thank the Premier and the Government of Alberta for agreeing to work with us and for recognizing that the Blackfoot have always been on this land,” said Blood Tribe Chief Roy Fox. “We look forward to working with the Alberta government through a shared sense of responsibility for making life better for all people and all Albertans.”

Siksika Nation Chief Joe Weasel Child added, “We would like to thank the Premier for the vision and courage she has shown, which has led us to sign this historic agreement. When Treaty 7 was entered into, it allowed for the completion of the CPR which linked Canada from coast to coast and enabled confederation and therefore Treaty 7 belongs to all Albertans.

“Today’s agreement demonstrates the political will which is necessary to explore commonalities and strengthen how we work together on a nation-to-nation basis. We look forward to exploring opportunities and to working cooperatively with the Government of Alberta to address areas of mutual benefit such as economic development and diversification for both the Blackfoot and all Albertans.”

Alberta is providing a $375,000 grant to the Blackfoot Confederacy to support the agreement’s implementation. The agreement will remain in place for as long as both parties wish to keep it active.

“This protocol agreement is an important part of our government’s ongoing efforts to build reconciliation with First Nations,” stated Richard Feehan, Minister of Indigenous Relations. “It gives us a solid foundation to work as true partners on the issues and priorities that matter most to Blackfoot Confederacy members.”

This is the second protocol agreement signed by the Alberta government. The Alberta–Treaty 8 First Nations Protocol Agreement was signed in April 2016.