In March of this year, Edmonton Mayor Don Iveson declared that 2014/15 would be the year of Aboriginal reconciliation and awareness in Edmonton.

That has sparked a growing interest to increase the knowledge and awareness of all Edmontonians about Aboriginal history and culture, including new immigrants. To help

satisfy that thirst for knowledge and to also celebrate their own Aboriginal identity, an Aboriginal Culture Day Celebration was conducted June 7 at Action for Healthy Communities at 10554 – 110 Street in Edmonton. The function was sponsored in unison with two additional partners, Full House Events and The Aboriginal Education Centre which operates from MacEwan University. 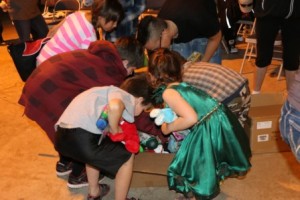 A traditional prayer was offered by Phillip Campiou and welcoming remarks were given from Marlene Williams, the board chairperson of the Action for Healthy Communities group.

The balance of the day featured various First Nations dance demonstrations, as well as short speeches by special guests that included Reg Potts, the director of Edmonton’s Wicihitowin Society and Jodi Stonehouse, CJSR Radio broadcaster, among others. 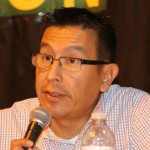 Potts not only talked about community and relationships, but the fact that “Creator gifted us with two eyes, two ears and one nose,” for a purpose, one of which was to observe and listen to our ancestors who handed down many valuable lessons to humans. Potts mentioned the seven values that have served as a covenant of sorts among Aboriginals. These include, “honesty, respect, wisdom, sharing, honouring, faith and truth.”

He elaborated briefly on each, then continued by informing his audience that First Nations people welcomed newcomers to this land known as Canada and shared in its bounties, its resources, for the good of all. And while the new inbound settlers brought different values and cultural traits, “we must continue our ceremonies, culture, traditions and way of life.” This, he explained, is important if Aboriginals are to retain their identity and “remain in unison for the benefit of the future and our children.” 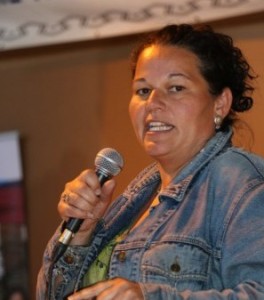 Stonehouse, likewise, made mention of the necessity of honouring Aboriginal traditions and values and she also discussed the importance of education. She pointed to the sad statistics that say, “Our city has the highest rate of Aboriginal dropouts.”

She also mentioned the process of pollution and contamination of the land and water on Mother Earth and she stressed the importance of rectifying this situation because it negatively impacts our food sources in terms of plants, animals and water. “We have the job to protect the water, to protect the land,” she stated. Further to this, she encouraged young people especially to “get out of the shopping malls, get on the land.” People need to know who they are and what they are all about she said matter-of-factly. “You have to know who you are and get educated.” 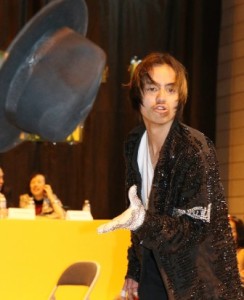 However, the event was not all serious business. The dance demonstrations brought a welcome and refreshing air to the day’s events. Hoop dancing by St. Francis of Assisi students lent a special flavour as did the Boys Fancy Dance, the Girls Fancy Dance (to the music of Tribe Called Red and the Grass Dance by Littlebear Kaysaywaysemat, as well as the Jingle Dance by Cassandra Cochrane. For the hip hop fans, there were performances by YDP Hip Hop and a Michael Jackson Tribute that got many necks straining to catch all the action.

Before wrapping things up, Contessa Abbot had everyone in attendance rise for a mini-Round Dance which most participants caught on to fairly quickly. This was followed by a traditional give away that was, of course, thoroughly enjoyed by many of the children in attendance.

Contessa Abbott, executive director of Full House Event and overall coordinator for the event was pleased with the outcome and hopes that the sponsoring parties repeat it in the coming years. It proved to be not only an education for newcomers but also a means of bringing people together. All in all, it was a delightful learning experience and just another fine example of Aboriginal sharing traditions.

Action for Healthy Communities has a community capacity building program which conducts classes in computer skills, English as a second language, and financial literacy. Through the year, various multicultural gatherings take place involving a good number of ethno-cultural groups that comprise the city of Edmonton and include Aboriginal society.

Aside from “community building,” the organization also focuses on community leadership, community initiatives and seed grants.