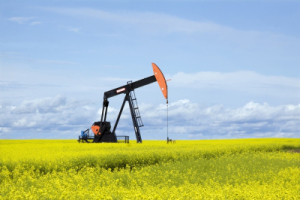 The Alberta Energy Regulator (AER) has released the results of an independent technical review into the causes of the 2013 bitumen flow-to-surface incidents at the east and south sections of Canadian Natural Resource Limited’s Primrose project.

The AER concurs that the main contributing factors were the steaming strategy used by Canadian Natural Resources Limited and wellbore issues. While the AER examines what measures can be put in place to prevent similar incidents, steaming restrictions at the four sites remain in place. The AER investigation is ongoing.

Erin Flanagan, analyst at the Pembina Institute, made the following statement in response to the technical review released by the Alberta Energy Regulator, looking at the causes of bitumen flowing to the surface at the CNRL Primrose oilsands facility:

“This technical report confirms that CNRL’s project design and operation are the root cause of bitumen emulsion coming to the surface. The first such flow-to-surface event happened in 2009, and the leaks currently in question started in June 2013. The technical review has identified CNRL’s steam injection volumes and well spacing as key contributors to these leaks.

“These findings call into question whether high-pressure cyclic steam stimulation activity should be permitted at the CNRL Primrose facility.

“Given these findings, we urge the AER to broaden the technical review to include the entire CNRL high-pressure cyclic steam stimulation project. This will help ensure that the public and the environment is protected from the risk of similar accidents.”

“Now that an independent review has identified the cause of CNRL’s four ongoing tar sands spills as CNRL’s method of extraction, the government needs to answer why they approved this project in the first place. The Alberta Energy Regulator is too eager to ignore problems and large information and safety gaps associated with this technology and continues to put environmental and community health at risk.

The Alberta government must acknowledge finally, that it doesn’t know enough about this technology to ensure events like this don’t happen again. This should trigger the launch of the broader safety review of in-situ tar sands technology that dozens of First Nation, landowner and environmental groups have been calling for.”