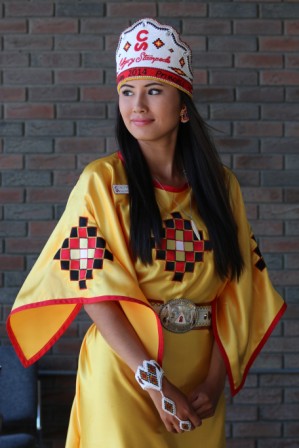 Over the course of the next year this accomplished and lovely young lady will make many public appearances as an ambassador of the world renowned Calgary Stampede.  She will also be representing Treaty 7 and her own Siksika relatives. Her appointment fulfills a long time dream she’s had of holding the title.

Alberta Native News wishes her well as she meets her new challenges and we look forward to learning more about her.  Our photo-journalist Terry Lusty attended the Stampede and took these beautuful photos of Carly as she participated in numerous events. 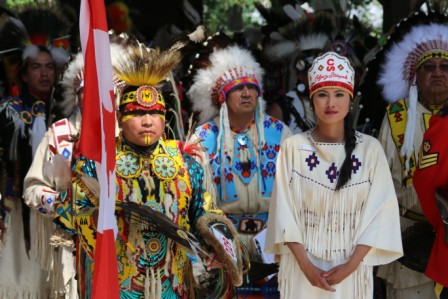