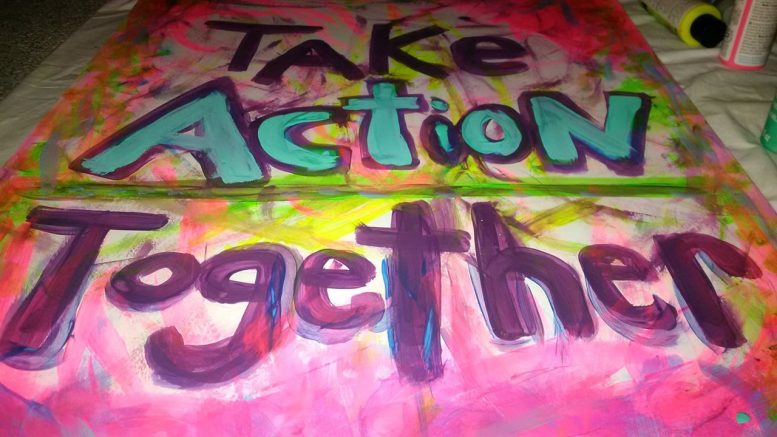 (EDMONTON) – On Wednesday, June 3, 2020 at 11a.m., a unique event, Convoy 4 Action: National Inquiry Calls for Justice 231 will be underway in Edmonton, Alberta to mark the first anniversary of the release of the National Inquiry into Missing and Murdered Indigenous Women and Girls report “Reclaiming Power and Place” and to call for action in addressing the 231 Calls for Justice, including eight to individual Canadians.

The final 1200-page report calls violence against First Nations, Metis and Inuit women and girls a form of “genocide” and a crisis that has been “centuries in the making.” Yet the report’s recommendations released on June 3, 2019 have gained little traction and garnered even scanter media coverage. Despite the announcement by the federal government in December, 2019 that they would release its national action plan to respond to the inquiry’s findings in June of this year, no evidence of its release can be seen on the horizon. With this in mind organizers created an event specially designed for the current COVID-19 situation that will provide an avenue for all to play a role addressing this national human rights crisis.

Organizers, April Eve Wiberg, Founder of Stolen Sisters & Brothers Awareness Movement, ally Sonja Purcell and International Missing, Murdered and Exploited Indigenous Peoples (MMEIP) Advocate, Stephanie Harpe, invite all Canadians to join them as they continue to raise the alarm and call for concrete actions in addressing the MMEIP crisis in communities across Canada. They hope the convoy for action will raise awareness of the crisis and help propel the formal implementation of the Calls for Justice forward.

“We are at a point where talking is no longer needed, as Indigenous peoples, we are all aware of the current and emerging crisis. After one year of not seeing any supports, allies formed or foundations built, we need to bring attention to MMEIP, to make sure that we do not forgot what we can do every day! Small steps towards big changes and the time for action is NOW! Let’s get the Calls for Justice implemented in our everyday lives, go online and seek the truth. As Canadians we need each other more than ever,” says Harpe.

The recent announcement by Premier Jason Kenney on Alberta’s Action Plan to Combat Human Trafficking resonates with Harpe and Wiberg. In his announcement on May 19, 2020, Kenney described human trafficking as “a terrible crime, a scourge that violates human dignity, that victimizes the vulnerable, that is a modern form of slavery.” Both organizers agree with his description and add that statistics show Indigenous women are more often victims of human trafficking and exploitation than their fellow Canadians.

“There is a crisis in this country and with the recent announcement of Alberta’s Action Plan and taskforce to combat human trafficking, we hope that more light will be shed on human trafficking and that Albertans and all Canadians will stand up and take notice of the human rights crisis of MMEIP happening right here in our own country,” says Wiberg. She encourages all Canadians to read the report or at a minimum familiarize themselves with the report’s recommendations and lend their voices to the calls for justice contained in the report released by the National Inquiry on June 3, 2019.

Wiberg hopes that Alberta’s taskforce members make room at the table for the survivors of human trafficking and those who work closely with victims to provide direct input into the directions and actions of the taskforce.

Wiberg says one person can make a difference in supporting the calls for justice contained within the report where Canadians can also read the stories of survivors and family members. Harpe says the June 3 vehicle convoy allows everyone to make a difference – every day citizens, family members of MMEIP, advocates, allies and survivors are all invited to come together on June 3 and join the Convoy 4Action in the call for justice while ensuring safe social distancing during the Covid-19 pandemic. The City of Edmonton will light the high-level bridge up in red on June 3, 2020 in support of the event.

On event day participants will meet at the parking lot located at Borden Park Road and 78 Street in a drive-in theatre style parking set up for a brief welcome to the event. All participants are requested to remain in their own vehicles to ensure Covid-19 social distancing compliance. Supporters will then be escorted in a convoy by the event organizers through downtown Edmonton to the Alberta Legislature grounds, then exit south on Fortway Drive leading to River Valley Road where the convoy will disperse.

Event organizers say that if you are unable to join the vehicle convoy, you can show your support on June 3 in the following ways:

 Create, display and share your pictures, MMEIP awareness and support messages and signs on social

 Search out information and create awareness of this crisis among your peers and family members.

Be the first to comment on "YEG event calls for action in addressing justice for Missing and Murdered Indigenous People: June 3"