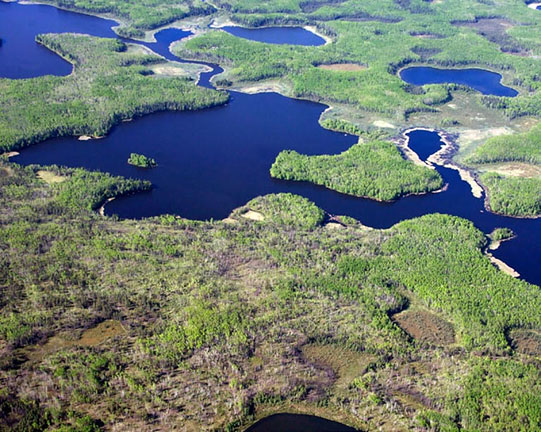 (ANNews) – The Mikisew Cree Nation is celebrating the expansion of the Kitaskino Nuwenëné Wildland Park in Northern Alberta to nearly double its existing land area – dedicated to conservation, recreation and supporting traditional activities.

“This collaboration shows that when we work together, we can achieve great results,” said Chief Peter Powder of the Mikisew Cree First Nation.

“The new park acts as a buffer between industry and Nuwenene Park – We have the protection of our lands and animals. Without this park industry would come in and wipe out our endangered animals,” he added.

“The Park is important to us for our land and water – for our future.”

The newly protected portion of the park fulfills another objective of the Mikisew Cree First Nation’s land use vision by conserving ecologically and culturally important watersheds that support the Wood Buffalo National Park World Heritage Site.

“It is great to see this expansion become a reality. Expanding this protected area is part of our vision for Peace Athabasca Delta, North America’s largest inland river delta, and important resources such as the woodland caribou and wood bison,” stated Chief Powder.

“We respectfully acknowledge our Elders for the wisdom they shared in helping us identify these watersheds for protection and we are proud future generations will benefit from their foresight,” added Chief Powder. “”Canada’s Nature Fund helped us chart the collaborative strategy that allowed us to achieve this significant outcome with the support of our neighbouring nations, the provincial and federal governments and many industry partners.”

Collaborative discussions now focus on the protection of additional bison habitat and increasing the connectivity of the parts of the park on each side of the Athabasca River.

Chief Powder explained that the park is expected to create job opportunities for the local people. He noted that there are also ongoing discussions for a New Peace Institute, that will create more long-term jobs.

The collaborative partners were all pleased with the outcome.

“This agreement is a watershed moment in understanding what happens when the provincial and federal governments, alongside First Nations and industry, work collaboratively for the benefit of all. This region has been a key component of the ecosystem that so much wildlife, including birds and caribou, rely on,” stated MLA for Fort McMurray-Wood Buffalo Tany Yao.

“The expansion of the Kitaskino Nuwenëné Wildland Provincial Park will provide even more enjoyment for those who like to immerse themselves in northern Alberta’s beautiful natural areas and presents a good opportunity to develop touristic opportunities in the region.”