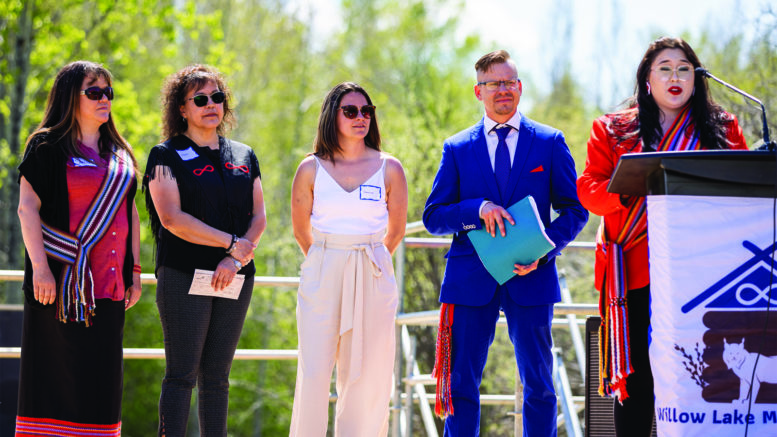 (ANNews) – On May 31, 2022 the Willow Lake Metis Nation (WLMN) announced that they had purchased approximately 205 acres of land in Anzac, Alberta with the goal of resetting the local eco-system and to give their members a permanent land base.

The land purchased has been called, “Sohkastwawin,” and it includes an eco-bison ranch, local food sources, a community culture centre, Metis housing, and local power generation.

“We are no longer a landless Métis community,” says Justin Bourque, CEO of WLMN. “Sohkastwâwin reinforces our self-governance model and the actions we take now to develop resilience will change the course of our Nation’s future.”

The Nation is expected to work alongside the Resilience Institute — a charitable organization dedicated to climate change that works specifically with local communities and Indigenous Nations — in order to revitalize, develop, and monitor the land.

In the past, it has been reported that the area of Sohkastwawin has seen heavy industrial activity, which is why there is such an extreme focus on sustainability.

For example, one of the first goals is to establish an ecologically healthy landscape, which includes reconnecting the historic relationship between bison and the land.

“Bison, like the Métis peoples, are resilient,” says Bourque. The Métis helped shape Canada and the bison helped shape our ecosystem. Our Nation will work in tandem with the bison to reclaim our land.”

The acquisition of the territory was made possible due to a partnership WLMN had with Suncor — along with 7 other Indigenous Nations — called the Astisiy Limited Partnership.

This partnership made it possible for the Nations and Suncor to purchase all of TC Energy’s equity interest for the Northern Courier Pipeline. The asset, which Suncor operates, consists of two 90-kilometre pipelines that transport heated or diluted bitumen and condensate, diesel or crude from Fort Hills to the ETF.

This deal resulted in a 15 percent ownership of the pipeline.

“As a result of Astisiy, WLMN has an unprecedented opportunity,” continues Bourque. “Sohkastwâwin will expand our self-sufficiency for generations to come by creating an economy for our peoples – on our own land.”

The money made from the pipeline was then used by WLMN to buy the land for Sohkastwawin.

“Together with eight communities (Nations), we formed Astisiy to help provide long-term, stable revenues for all of the communities (Nations) involved. Today’s land purchase serves as an example of the economic reconciliation made possible through increased Indigenous involvement in energy projects.”

However, Sohaskwawin is said to be the first publicly announced “meaningful” investment related to the Astisiy partnership.

A celebration was held on Friday, June 3, on the newly acquired land in recognition of this historic Métis milestone and can be viewed here.