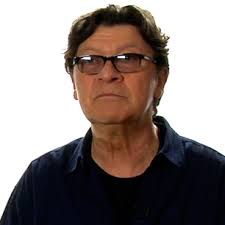 Sebastian Robertson wasn’t looking to do an exposé on his rock star father, Robbie Robertson. So a children’s book was the perfect way to share the story of his dad’s legacy. In Rock and Roll Highway: The Robbie Robertson Story, Sebastian takes children (ages six to nine) on the journey of Robbie Robertson, guitar legend and co-founder of the Band. 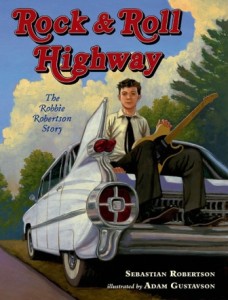 Alongside animated illustrations by musician Adam Gustavson, Rock and Roll Highway recounts the entire arc of Robbie Robertson’s career, beginning when he was just a hard-working teenager with a passion for storytelling and guitar playing. “Robbie played until he couldn’t feel his fingers,” the book reads, “He even slept with his guitar.” The story also includes appearances by major rock & roll icons Buddy Holly, Ronnie Hawkins and Bob Dylan, who were all instrumental figures in Robbie’s rise to stardom.