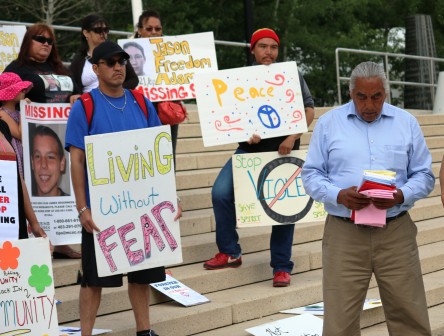 It’s been on the lips of many Aboriginal people for some time but now there is some degree of recognition for missing and murdered Aboriginal men, as well as women. The idea for a walk for men evolved thanks to the Creating Hope Society of Alberta which has conducted walks for missing and murdered women in Canada in partnership with the Stolen Sisters Organization for the past six years, according to the society’s CEO and co-founder, Bernadette Iahtail. She explained she got the idea from her own personal knowledge of Aboriginal men who have been unaccounted for over the past decades. 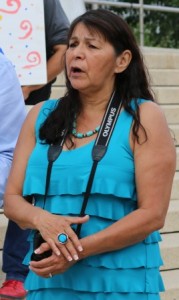 She is further knowledgable of the fact that many have “simply dissappeared” and their whereabouts remain unknown. One only needs to go back several years to the trial and conviction of the notorious serial killer and pig farmer, Robert Pickton, from Burnaby, a suburb of Vancouver. Although his trial centered around the disappearances of women, many of whom were Aboriginal, word on the streets has, for the longest time, been the belief that men may well have fallen victim to him too.

Iahtail additionally expressed the fact that, “the more pople I talked with, the more aware I became of the large number of missing Aboriginal men from our communities.” What really bothered her though, was the reality that nobody was “paying respect” for so many of these missing people. She felt it was high time that such information became known and that the individuals in question be acknowledged and honoured.

Of still further concern to her is the discovery of human remains, some quite old, that are announced from time to time by police. 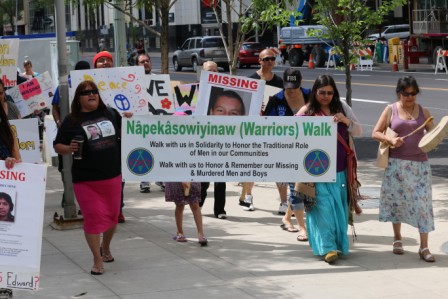 “You hear about the discovery of remains from police, then nothing. You never hear what happened (to them). Why is that?” she asks. She does admit to knowing that because Aboriginals are highly mobile and transient, they often up and move elsewhere without anyone knowing about it. That makes it all the more difficult to know what’s become of them or to somehow track their movements.

Then, too, there are the children raised in foster or adoptive care who just seem to disappear into thin air. These children are frequently never seen or heard from again over a great number of years. Their childhood acquaintances and even relatives are often at a loss to explain where they wound up or just what might have become of them, stated Iahtail.

A good many of the missing are individuals who “were in care,” she added. “When they die in care, who knows? Many live in such terrible conditions,” she explained. How does Iahtail know? “I grew up in child welfare myself,” she stated. In Iahtail’s estimation there are too many Aboriginal men whose whereabouts are unknown and raise a huge question mark.

Events such as this walk for men will help keep these facts fresh and alive. For families of the missing, it brings some comfort to know that their loved ones are not forgotten. While it may not bring closure, it helps bring some peace of mind and, more importantly, it brings a degree of “hope.” 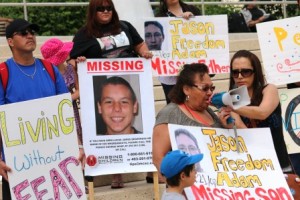 This first walk involved about 35 or more people. “It’s a start,” said Crystal Beaverbones, the program director for the society. “Like a lot of these events, they grow in the succeeding years.” She feels it will “snowball” with time.

If one wants any kind of confirmation of this fact, they only need to look at the society’s Blanket of Remembrance feast and round dance for missing and murdered Aboriginal women. That project started six years ago. The May 18 event at Edmonton’s Churchill Square this year drew an estimated 1000, claimed Iahtail.

In its promotions and communiques that express the objective of Creating Hope it is to increase awareness: “For children who died in care and the residential school systems, for those who never returned, and to celebrate and honour all children of today and the future.”

1 Comment on "Walking the block in the name of missing and murdered Aboriginal men: new Edmonton event"