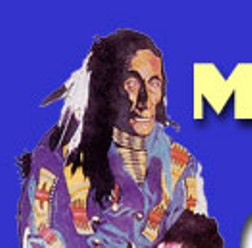 The Montana First Nation is heading a pilot initiative that is poised to radically change perceptions towards green energy uses in Aboriginal communities.  The project, funded by Aboriginal Affairs and Northern Development Canada, was focused on making Montana homes healthier (removing mold), and more energy efficient and sustainable via installing solar panels and efficient furnaces.

A commercial element was also incorporated earlier this year to help cut the price of soaring electricity bills. With the funding assistance of AANDC/ecoEnergy and a partnership with Enmax & Great Canadian Solar, a 100 KW Solar PV (photo voltaic) system was installed on the roof of the band administration building. 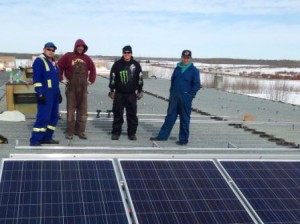 “I believe the key to a nation’s prosperity is energy independence,” said Montana Economic Development Officer, Barry Wheaton. “We’re able to save a substantial amount of money with this system.”

The system is the largest hybrid solar/renewable energy system on a First Nation in Western Canada and will generate a savings of $450,000 over the next 25 years. The green energy portion essentially cuts the bills in half.

Wheaton pointed out the enormous financial benefits of the project. “That’s just one building on one nation. So it gives you an idea of the potential out there for the solar industry,” he noted.

Boasting zero pollution there’s also a significant environmental bonus as the project saves on carbon emissions equivalent to taking 15 cars off the road per year.

Chief Bradley Rabbit said this endeavour has come along at the right time and it is something that his community has been waiting for a long while. Although there were some challenges along the way, Bradley said they provided a good opportunity to learn and helped them to successfully implement this venture.

“The great thing about this is we haven’t had to use a whole lot of capital,” explained Bradley.

“We started with nothing, just existing buildings. I’m very proud of our economic development group and council who have worked very hard. What we’ve envisioned is starting to come to fruition.”

Montana resident Cecil Currie is one of the recipients of the residential solar pilot and he is happy to be participating. Prior to the program Currie would sometimes have to use two pay cheques just to pay his exorbitant Epcor bill. 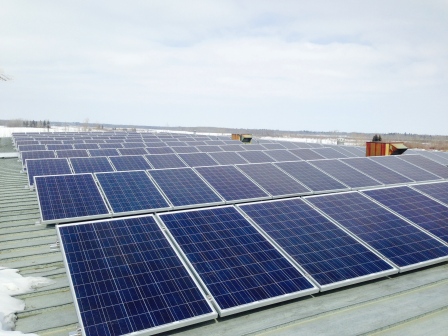 “It was really taking its toll,” he said, but with the solar panels on the roof of his home and a brand new green furnace installed it’s, “so far, so good.”

He also said he’s excited to see the project expand and move forward for the benefit of other community members.

It was a bit of a process winding through the application and funding challenges to initially get it up and running. Partnering with joint-venture partners such as Enmax has also played a part in the program’s success.

“The ultimate thing is gaining partnerships with the province along with stakeholders, funding agencies and industry to allow even more opportunities to come to the nation to be able to make a difference for the social disparity in our communities,” said Chief Bradley.

Along with increasing revenue, the project has created instant jobs and has the potential to provide substantial economic benefits for First Nations across the province.

Montana is in the process of setting up an Aboriginal renewable energy corporation. Titled GreenArrow, the company will partner with a number of First Nation communities throughout the province. Bradley said the nation seeks to work as a liaison with industry to help incorporate the knowledge and training of the technology into other Aboriginal communities.

“When a First Nation communicates with another First Nation it’s that much easier to be able to come to some sort of understanding,” said Bradley.

Mold, another aspect of the program, is a big problem in many Montana homes. However, this issue has been greatly reduced because the program together with a partnership with Horizon Environmental has provided mold certification and removal training to four band members.

Montana received an award of excellence from AANDC for their Green Housing Project at the end of May mainly for their residential solar project and mold projects.

The band plans to continue to explore and pursue other renewable energy projects in the future including expanding the solar systems to a number of homes and commercial buildings.