In my travels through Asia this past winter, I realize how lucky I am to be living in a first world country. Most of the countries I have visited like Cambodia, Thailand, Laos, Myanmar, Sri Lanka, India and Malaysia don’t allow for a very open policy when it comes to letting their residents travel to other parts of the globe. As a matter of fact, the political realities in most of these countries of which many would describe themselves as emerging democracies, is very harsh.

We as Canadians have a lot of opportunities that we take for granted. For instance we have free health care, accessible education, a fairly open democracy. We can travel to where ever we want and all we need is the money and time. Most people in other parts of the world, don’t have the money, don’t have the time and don’t have the right to travel. 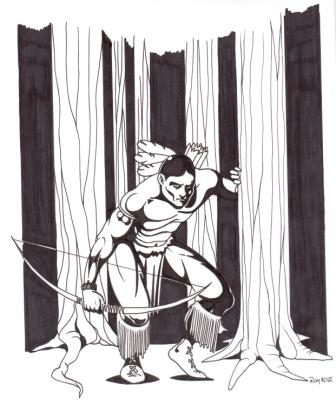 Just about everyone I have met on my trip through Asia has expressed an interest in travelling to Canada, the United States or Europe. For most of these people, it is an impossible dream.

Take Sangee, a young man that I met in Delhi, as an example. He works 12 hours a day in a small hotel and makes about 7,000 rupees a month which in today’s conversion is about $66. At 21 years of age, he managed to find an entry position in a hotel in Delhi far from his home near Kashmir. When he does have the money and time to go home, he can not afford to fly so he must take a train without a sleeper for three days non stop that is crammed with people. He can not afford to be sick or injured because he does not have much money at the end of the month after paying for a small room in a bleak building in the city centre with no kitchen facilities and a shared bathroom.

Sangee considers himself fortunate to be able to speak English which allows him entry into the tourism industry. He works hard and he always has a smile on his face. The reality is that he is more or less enduring a life that is billed as a democratic system in India. The truth is that although India is emerging as a powerful economic, manufacturing and consumer country, it is far from democratic. There is a wealthy class of people which is few in numbers, not much of a middle class and most people are struggling with poverty or on the edge of poverty. The ability to move up in the social order is extremely difficult. The pollution in Delhi when I was there was so bad a doctor warned me not to venture outside too much as I had a cold and cough. I actually saw far too many poor people living on the streets or in shanty shacks. I even saw people who worked at collecting cow dung to form into patties to dry which they could then sell as fuel.

As Canadians we have so much to be happy about. However, if we don’t keep an eye on our governments, how they are elected and what their goals are, we could lose many of the freedoms and benefits that enjoy now.

We are so lucky to be living in North America where a form of democracy has more or less developed in a very short time. The majority of human history has much to do with very few owning and controlling resources and its populations. It is up to us to have a real interest in keeping our democracy alive.

My people, the Aboriginal population in Canada, only became enfranchised and free to participate in voting in Canadian elections in 1960. For most of the history in Canada, Aboriginal people were viewed on as subhuman and non as good as Europeans. It is amazing what a little time and education can achieve in this world.

If we think that we are guaranteed a Canada that is democratic and peaceful in the future, we need to make sure that we are not allowing the one percent with all the wealth to make most of the big decisions. If we want an open and free country where we actually care about each other and other people on the planet, than we need to learn more about how governments are controlled, where parties get their funding and expertise from and what influential powers are pulling the strings behind those that rise in parliament to govern. I have seen some so called democracies where only money and greed are the reality. We never want that to happen here.

Click here for more information and columns by Xavier Kataquapit.

Be the first to comment on "Under the Northern Sky: Freedom is fleeting"