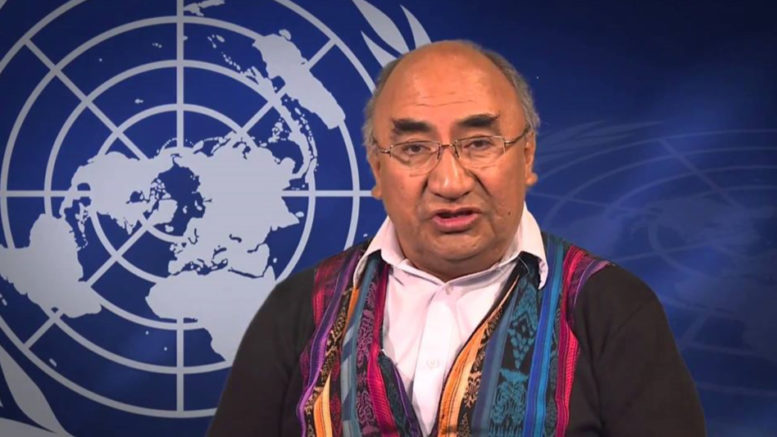 (ANNews) – A United Nations special rapporteur is planning a trip to Canada to examine human rights abuses against Indigenous peoples, the Globe and Mail reports.

This comes after the discovery of likely unmarked graves at the sites of former residential schools across the country last year.

However, UN special rapporteur on the rights of Indigenous peoples, Francisco Cali Tzay, told the Globe that an investigation of the unmarked graves are beyond the scope of his position.

“Special rapporteurs do not have a mandate to launch a full-fledged investigation akin to a prosecutor, nor do they have the authority to conduct criminal prosecutions,” he said.

Assembly of First Nations National Chief RoseAnne Archibald called for an independent probe into residential schools at the UN during a session of the Permanent Forum on Indigenous Issues in April.

She asked that the probe consider criminal prosecution, financial restitution and other “remedies for human-rights violations, including genocide.”

Archibald said she’s going to meet with Cali Tzay to explore other international legal mechanisms, including going to the International Criminal Court (ICC).

“Clearly, thousands and thousands of our children died in institutions of assimilation and genocide run by governments and churches,” Archibald told the Globe. “The AFN will continue to press for accountability and reparations to families and communities which were not covered under the [Indian Residential School] Settlement, which compensated individual harms.”

The ICC has already turned down a formal request from a coalition of 22 Canadian lawyers to conduct a preliminary investigation into residential schools as a crime against humanity, which was made in light of the initial discovery of 215 unmarked graves near Kamloops a year ago.

The ICC said it cannot investigate crimes that occurred prior to its establishment in July 2002 — five years after the last residential school closed.

The lawyers countered that the Catholic Church and federal government attempted to cover up their crimes after 2002, an argument which the court has yet to address.

Brendan Miller, the lead lawyer on the ICC submission, told the Globe there could be reluctance for the ICC to investigate Canada, which is one of its founding members.

“I do think if bodies were found in another part of the world, the response would be different,” Miller said. “It’s frustrating.”

“That’s why we have to go this international route and why we’re asking for it,” she told the UN. “And thank goodness there is a place we can go outside of Canada to look for justice and accountability for our children, our little ones.”

Bath-Shéba van den Berg, a Calgary-based expert in international criminal law, said Indigenous peoples could use a new ICC policy that commits to prosecuting crimes against cultural heritage to seek justice for residential school survivors and their descendants, especially if they’re able to rally support from other countries.

“Sometimes it takes a long time, but it’s worth fighting for,” van den Berg, who worked on cases before the UN International Criminal Tribunal for the former Yugoslavia, told the Globe.