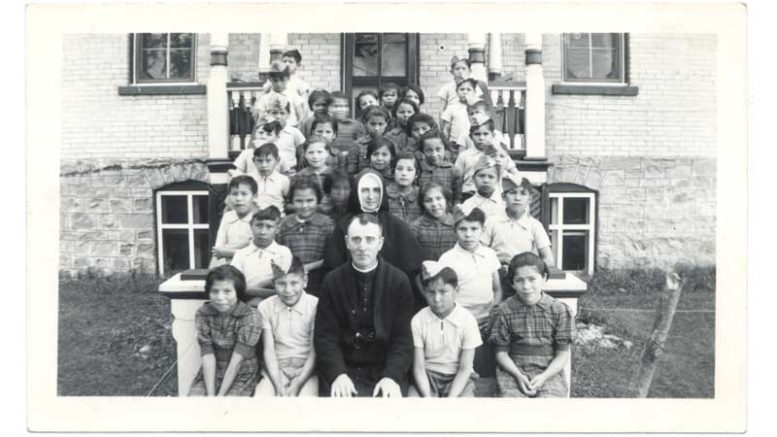 (ANNews) – The Catholic Church appears to have not followed through on its legal commitment to provide $25 million in “in-kind services” to residential school survivors, according to documents obtained by the Globe and Mail.

The documents contain an “in-kind log” of services provided by Catholic entities, which were mandated under a national settlement reached by Indigenous groups, residential school survivors, the federal government and religious groups in 2006.

The log was last updated in September 2011 and includes training for pastors, unspecified “community work,” outreach services and a bible studies program. The documents don’t indicate whether these services were provided specifically for Indigenous people, nor whether the church would have already provided them without a settlement.

“It’s just completely against the spirit of the settlement agreement, which was supposed to be about reconciliation,” Aideen Nabigon, former director general of policy and partnerships for the Indian Residential Schools Settlement Agreement, told the Globe.

Mike DeGagné, former executive director of the Aboriginal Healing Foundation, told the Globe that the content of these documents warrant a full review of past Church obligations.

“I certainly support drilling down on these activities to see what was a genuine attempt to provide healing services and what would ordinarily be an activity of the Catholic Church,” he said.

The documents were obtained via an access to information request the Globe made on Aug. 24, requesting the Department of Justice’s dealings with the Catholic Church under the residential schools settlement, including a copy of both the in-kind services list and the cash commitment list.

The in-kind services list was a point of contention in a 2014 Saskatchewan court case between the federal government and the organization established to administer the Church’s portion of their residential schools settlement.

Under this agreement, a group of dozens of Catholic Church entities agreed to make three forms of payments — $25 million in in-kind services meant to enhance healing and reconciliation efforts, $29 million in cash, and a $25-million national fundraising campaign to benefit survivors. The fundraising campaign ultimately collected $3.7 million.

The feds raised questions about the church’s accounting practices in a factum filed with the court.

However, the case was settled in 2015 and the Church was released from any remaining obligations from the settlement agreements, including questions about the nature of its in-kind services.

Mary Ellen Turpel-Lafond, a law professor and academic director of the Indian Residential School History and Dialogue Centre at the University of British Columbia, told the Globe there needs to be a thorough review of how the settlements obligations were established, how they were carried out and accounted for, and why the government released the Church from its obligations.

“What did survivors get?” Turpel-Lafond asked about the in-kind services. “What did the communities get? Did they get records? Did they get the services they wanted? Did they get acknowledgments and apologies and reconciliation activities related to residential schools? That’s a hard question.”