Recently, I ventured out on a long sandy beach and walked several kilometers along the icy waters of Lake Erie. I was happy that it was warm enough to be able to leave my foot prints in the sand rather than the snow.

This past winter was a cold one for southern Ontario and it was the first time in many years that most of the Great Lakes froze completely over. Even now, at the end of April, I can still see ice flows moving by.

On my walk at one point it got dark so I sat down on the sand and stared up at the sky. I hate to admit it but it had been a while since I had done any star gazing. I think most of us tend to forget that we live on a spinning planet that is hurtling through space as it revolves around the sun. It makes me feel good to stare up at the stars. 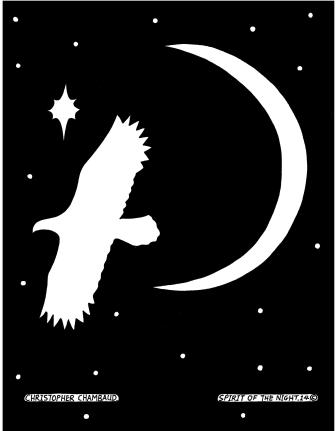 My people the Cree of the James Bay coast have always been aware of the stars. These bright lights in the sky were our guides for travelling on the land or on the water.

My Elders and ancestors spent most of their time on the land harvesting food for survival and gathering firewood. We didn’t see things back then in the artificial way we do these days. People tend to get stuck in their lives and spend most of the time in their homes watching TV or on the internet, driving in their cars to and from work or school and rarely connecting to Mother Nature.

We tend to think that the universe revolves around us but of course that is a joke. As I sat on the sand beach at the end of my walk, I was reminded that there are more stars in our known universe than all of the grains of sand on all of the beaches on our planet. This fact sure reminds me of just how insignificant we human beings are in the grand scheme of things.

I was also reminded that we humans have only recently begun to understand our place in the universe. Even though ancient astronomers, philosophers and scientists considered the natural order of things, many times religious beliefs and political minds of the day censored new knowledge. The most famous example is Galileo in the early 1600s, who promoted the theory that the sun was stationary and that our planet and the other planets revolved around the sun. This was in comparison to the belief that we were the centre of the universe and that the sun, the moon, the planets and all the stars revolved around us. Galileo was convicted by the Christian inquisition of heresy and put under house arrest for the rest of his life because of his knowledge. Many decades later, after research by other astronomers, the Catholic Church relented on the censorship of Galileo. 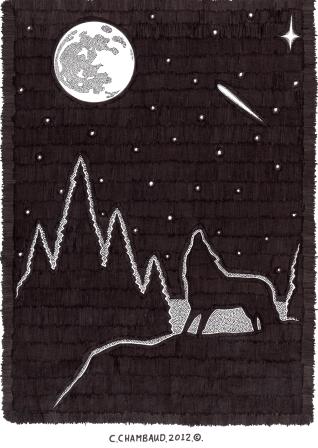 It is amazing to realize that we are on our small planet Earth orbiting a star which we call our sun.  Our  sun is one of several hundreds of billions of stars that make up our galaxy, known as the Milky  Way. Our  galaxy is one of an estimated one to two hundred billion galaxies that we can comprehend  in our known  universe. It is considered that we may be just one of many universes. If you want to see  how small and  how big our universe is, visit the site www.htwins.net/scale2/

Indigenous people all over the world have always understood their relationship to the natural  world.  They were in awe of the stars, the sun, the moon, the trees, the animals, waterways and    mountains.  Their belief systems involved all of these elements. Today we have a more clear  understanding of how things work but our connection to all things natural seems to be out of sync.

There is a resurgence of interest in gazing at the stars these days and that is mostly due to the fact  that we are hearing more about asteroids and meteors crashing into our atmosphere. Part of this is  due to our media and electronic surveillance providing us with more awareness of these phenomena.    We have not entered into any new phase of meteor activity, it is just that we have become more aware  of how vulnerable we are in our universe.

Every year, astronomers are finding more potential planets that could sustain life. From my vantage point, sitting on top of billions of grains of sand and staring into what seems to be an infinite space of stars and galaxies, the importance of man is fleeting. I like to believe that there is another being out there on one of those planets looking back and wondering the same thing.

Be the first to comment on "Twinkle, twinkle little star"