The Indian Resource Council (IRC) will host its Annual General Meeting and Trades Show at the Grey Eagle Casino and Resort on the Tsuu T’ina First Nation on November 26-27.  The annual initiative provides the IRC an opportunity to showcase its annual report and to provide its members and associates information about the latest and ongoing developments within the oil and gas sector.

The theme of this year’s general meeting, First Nations and Sustainable Energy Development, will address such things as the need to amend the existing Act and Regulations, and why those changes are necessary. The conference will also focus on what has taken place to date and what new approaches can be integrated to ensure the IRC remains a viable tool. 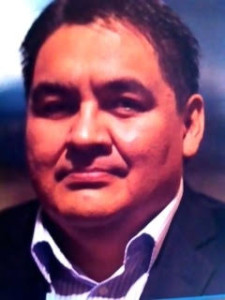 “Our theme is both important and timely,” explained IRC President and CEO Stephen Buffalo. “We are at a cross road with government and industry with respect to upstream, downstream and mid-stream resource development on our Reserves and traditional lands. There are major concerns related to Canada’s duty to consult and accommodate our interests. The management and development of our resources is important for the socio-economic development and well being of our people. The original mandate of IRC has grown from that of being a “watchdog” over the Indian Oil and Gas Corporation (IOGC) to that of a credible advocate and representative body for First Nations oil and gas producers.  Our mandate must be in sync with industry standards and practices and ensure proper capacity development within our communities.”

The Indian Oil and Gas Act and Regulations haven’t been amended since 1974, the year the Act was introduced.

“It is commonplace for oil and gas companies and conglomerates to update on a regular basis to ensure that they are current and remain relevant,” he noted, adding that “ongoing technological advances in oil and gas development requires a regular up-dating of regulations. First Nations are becoming increasingly involved in the oil and gas industries, not just as regulators but also as developers.”

To help enhance mutual understanding and in an effort to have government address IRC concerns, Buffalo has invited both Alberta Premier Jim Prentice and federal Aboriginal Affairs and Northern Development Minister Bernard (AANDC) Valcourt to attend the AGM.

“We have also invited industry, First Nations and academics to provide their perspectives on sustainable energy development,” he added. “I am encouraging all First Nations to join us at the annual general meeting and conference; we value your input and direction and ongoing participation as we continue to fulfil our mandate.”

After an Approval of the Minutes of the December 4, 2013 meeting, Stephen Buffalo will open the AGM with the IRC’s Annual Report. The balance of the morning will hear from two other speakers, Mr. Lee Francouer, a member of the Eagle Law Group, who will talk about the IRC’s Transition to new By-laws, Articles and Certificate of Continuance and Mr. Shaun Pilling of Meyers Norris Penny LLP who will deliver the Audited Financial Statements for the year ending 2013-2014. Other Approval Processes, will include the President’s Report, 2013/14 Audit, the Appointment of IRC Auditor for 2014/15 and the Revised IRC By-laws, Articles and Certificates of Continuance.

“In some ways,” noted Buffalo, “we are starting fresh. ADM Murphy is relatively new to the scene and as each person is different, perhaps even with different ideas and perceptions, we will have to sit down and talk about the future. There have been substantial funding cuts to programs that deal with Aboriginal peoples and institutions during the past couple of years and those cuts are having an effect on us, especially as it relates to our Joint Technical Committees.

“We are all partners – government, industry and First Nations so hopefully we can come together and create precedents that can be utilized by industries, governments and Indigenous peoples around the globe. We have a great deal of knowledge about the environment and about the oil and gas sector and as partners in these ventures we’d like to ensure that treaty rights remain intact, the environment be protected and that equitable royalties are paid to First Nations communities with an investment in oil and/or gas projects.”

The afternoon session on Day One will include comments from Chief Bernie Mack, Tsilhqot’in National Governmnet. who will delve into the  ‘Tsilhqot’in Aboriginal Title Decision and The Economy.’

Other afternoon sessions will include the JTC1 Report, to be delivered by David Shade (IRC) and John Dempsey (IOGC). The afternoon will conclude with remarks from Willie Littlechild, whose topic is: ‘Indigenous Resource Development in the International Context.”’

“The final day of the AGM and conference,” assured Buffalo, “will have an equally exciting and well-versed lineup of speakers. Among the speakers will be Nigel Bankes, a member of the university of Calgary’s Faculty of Law; Dr. Brenda Kenny, President of the Canadian Energy Pipeline Association and Tim McMillan, President of the Canadians Association of Petroleum Producers.”

Stephen Buffalo, who earned his Bachelor Degree in Management at the University of Lethbridge, brought a wealth of knowledge and experience to his new position last year. A member of the Samson Cree Nation, Buffalo spent 15 years in various banking positions with the Peace Hills Trust Corporation, including the position of general manager of Peace Hills Trust in Calgary.

The Council provides an oversight role over Indian Oil and Gas Canada (IOGC), a department within Aboriginal Affairs and Northern Development Canada (AANDC) that has the legal responsibility to manage oil and gas on designated Indian reserves – to ensure that it fulfills its fiduciary and legal responsibilities in the management of First Nations oil and gas resources. Other roles include advocacy to ensure that First Nations receive full economic benefits from the exploration and development of their oil and gas resources and enhanced capacity and employment opportunities.

The Indian Resource Council advocates on behalf of its membership for change to federal policy that will improve and increase economic development opportunities for First Nations and their members. For more information on the IRC, its mandate and its vision, visit irccanada.ca.
by John Copley

Be the first to comment on "Tsuu T’ina Nation to host Indian Resource Council AGM and trades show: Nov. 26-27"