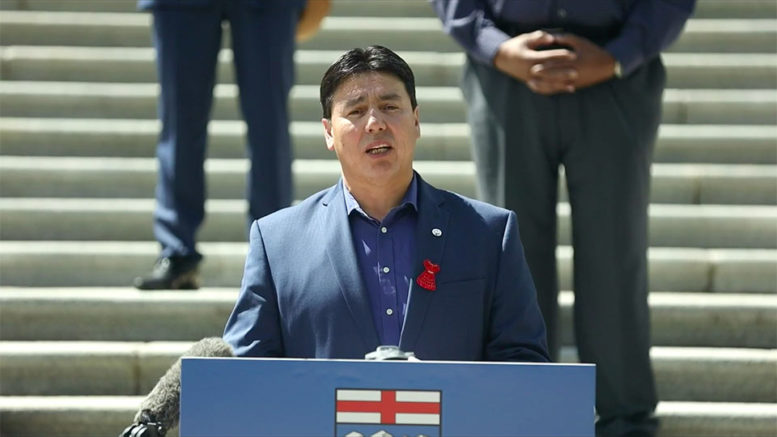 The following information and material may trigger unpleasant feelings or thoughts relating to Residential Schools and the death of children. Please contact the 24 Hour Residential School Crisis Line at 1-866-925-4419 if you require emotional support.

(Treaty 8 First Nations) – There were 11 Residential Schools in Treaty 8 [AB] Territory and 40-day schools, of which many were determined unvalidated and excluded day schools by the Canadian Government.

On March 1, 2022 Kapawe’no First Nation identified 169 anomalies from St. Bernard’s church in Grouard. As of today, July 26, 2022 we are actively continuing ground penetrating radar searches at St. Martin’s and St. John’s in Wabasca, St. Henry’s in Fort Vermillion, St. Bruno’s in Joussard and upcoming is Holy Angel’s in Fort Chipewyan.

We recognize that for some survivors, this papal visit is an important part of their healing journey.For others, this Papal visit is a trigger, a traumatic reminder of the horrific mistreatment.

The Pope represents the many horrific abuses in those schools, including sterilization and medical experimentation, rape, torture, severe beatings, and deaths. While not all survivors want criminal prosecutions, many do. The Vatican and Roman Catholic Church represents a religious organization that abetted the Canadian Government in administering the crime of genocide on our peoples.

The Governments and Roman Catholic Church have not substantiated action. In fact, the Roman Catholic church has been challenging claimants, they have not shared all documents related to the residential school systems, they have not prosecuted the abusers and sex offenders, they took our lands and live the freedom of our Treaty, they have yet to pay the agreed upon compensation and make full restitutions for its crimes against the First Peoples.

Further, despite years of advocacy, the Pope and Vatican has not rescinded, repealed, or retracted their papal bulls and the Doctrine of Discovery necessary to give it effect.

We are kind peoples. We are forgiving peoples. But we are also diverse peoples, many of us did not forget who we are as First Peoples. Although they tried, the government and church organizations did not remove “the Indian from the Child.”

The latest gifting ceremony of the headdress (at the Papal Visit in Maskwacis) portrays a pageantry of its significance to a visitor. It disrespects the significance of that deep sacred meaning and is now obscured by the desire to honour for whatever reasons.

Recently the Vatican News printed the following information: “They placed on him the symbol of trust and authority after he asked for forgiveness for ‘catastrophic’ errors”.

Mainstream society perceives this visit as a massive tax burden and inconvenience – another classic example of how these actions minimize the serious crimes and indignities subjected to our peoples.

We are distinct Nations. This reminds us of the diversity and differences between the First Peoples, Nation to Nation. This ‘penitential’ pilgrimage diverts us from the dehumanizing actions of the government and church organizations.

The glorified welcome attended by: Governor General, the Queen’s representative in Canada and more importantly a representative of our Treaties; Prime Minister Trudeau, after he called upon the church on June 4, 2021, to “step up” and take responsibility of its role in the former system of church-run residential schools, the very schools his government funded; and, Premier Kenney, despite the Alberta government operating the day-schools and not releasing/disclosing records.

The Sovereign Nations of Treaty 8 Chiefs and leadership stand united on the Indian Residential School work we are conducting and the Nehiyaw and Denesoline peoples will continue to support one another in our healing journey, however that healing takes place.

They had no problem spending money at the drop of a hat to ensure the Pope was comfortable while “apologizing” and they paved roads and streets so he wouldn’t have to travel over potholes, meanwhile many of our nations do not have the luxury of paved roads.

Reconciliation means nothing without action. In true penitence for your actions, the Vatican and Governments must give full disclosure on the atrocities committed: rescind your Papal Bulls Doctrine of Discovery, honour and uphold our Treaty, give the lands back to our Nations, release the Indian Residential Schools and day schools’ records, prosecute those responsible, pay full restitution for of your crimes.

Our people have lived on these lands since time immemorial, when the settlers came to our land, we signed a peace treaty with them to share the land. We honoured the Treaty, but the settlers have not, when will you uphold the Treaty? If the Governments and the church are sincere in their words of reconciliation, they should support infrastructure in our nations and honour our Treaty No.8.  Actions speak louder than words!