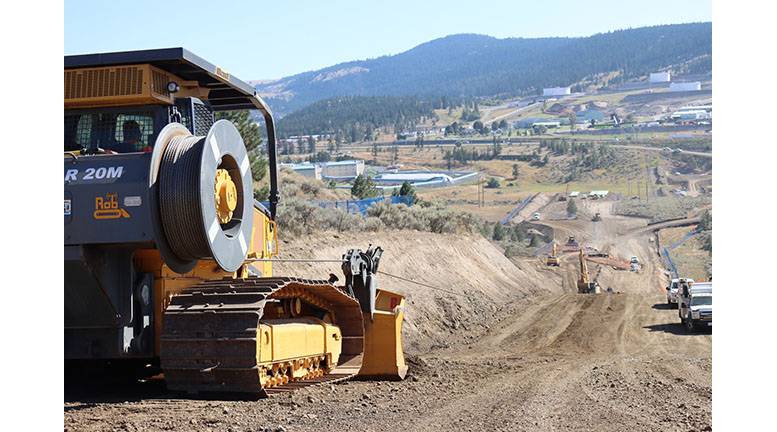 This application comes after many years of contentious feelings towards the pipeline expansion. It also comes after the company filed a report to the regulator after their analysis of the expansion concluded that there was an “extremely low” risk to the aquifer that flows beneath the Coldwater reserve, located about 100 kilometres southwest of Kamloops, B.C.

The Coldwater First Nation is against the expansion, taking particular issue with the methods used to model the aquifer and arguing the report is not complete enough to move forward to a hearing. The energy regulator acknowledged the methodology concerns raised by Coldwater but concluded Trans Mountain’s report is complete enough to move on to the next stage in the regulatory process.

The regulator said in its decision on Tuesday that while it believes Trans Mountain has done enough to proceed to the next phase of assessment, “this decision does not mean that the Condition 39 Report has been found to satisfy the requirements of Condition 39, including appropriately quantifying the risks and determining appropriate mitigations.”

The Regulator said Trans Mountain needs to do additional work in the Coldwater area before proceeding with construction. The specifics around condition 39 are bureaucratic, technical and procedural but it’s about figuring out what kind of risks an expanded pipeline would pose to the aquifer in the event of a spill and how that might be mitigated.

Coldwater FN has pushed for the regulator to reject the proposed route of the pipeline expansion, arguing it poses an unacceptable risk to the community’s drinking water and should be rerouted away from the aquifer entirely.

The existing Trans Mountain pipeline runs through the Coldwater reserve and the community has already experienced a spill on the reserve—the expansion itself is planned to be built on the boundaries of the reserve.

Coldwater’s concerns about water protection have been at the forefront in several challenges related to the pipeline, including two Federal Court of Appeal cases and a related application to the Supreme Court of Canada. The Supreme Court denied the application for leave in July.

In February as well, the Supreme Court of Canada denied a challenge to the contentious, multibillion-dollar oil pipeline, effectively giving the Trans Mountain pipeline expansion project the green light to move forward.

The $5.6 bn ($7.4 billion Canadian) expansion project, which Ottawa purchased in 2018 and approved in June 2019 amid widespread opposition, would see the pipeline’s capacity nearly triple to as many as 890,000 barrels of oil per day.

Some of the concerns were over whether or not the company consulted with the First Nations that the pipeline directly affects.

Anyone wanting to participate in the alternative route hearings has to register with the Canada Energy Regulator by Nov. 20.