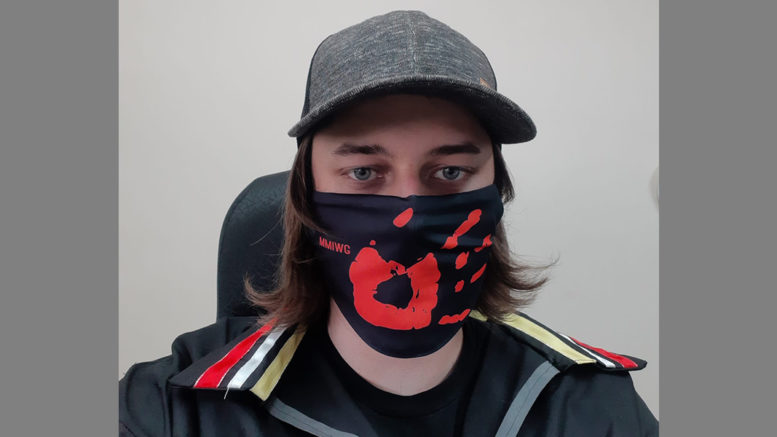 (ANNews) – Mitch Wincentaylo is the Indigenous Engagement and Culture and Inclusion Coordinator for the Town of Devon. Over the past three years, he has been fostering and developing great relationships with the nearby First Nation Communities.

Most recently, he developed a new Indigenous art database and it’s the first of its kind in the municipality in rural Alberta. The data base promotes Indigenous artists who are from Treaty 6 and surrounding First Nation communities. It should be up and running later this month.

“I was working with our communication department and updating our website,” remarked Wincentaylo. “I thought why we don’t start showcasing local Indigenous artisans, craftsmen, craftswomen, and crafty people from not only our community but around Treaty 6.

“If they want to purchase something locally made and support Indigenous businesses – they just go to the website and look through the directory. They can source out different products and services.”

“Treaty is the foundation of the work that I have been doing in the community and what that really means for all of us as settler Canadians on Treaty 6 land. It’s important to know the true intent of that relationship, working together, coming together; that Nation to Nation relationship is so important and it’s something that hasn’t been taught in mainstream society for so long,” said Wincentaylo.

He explained from his perspective, it means working together, developing that friendship, that neighbourly connection between settler Canadians and the First Peoples of Canada – it’s about working together for friendship.

“What we have been trying to do for the Town of Devon is build those relationships and connections with Treaty 6 First Nations and [members of] Metis Nation Region 4 but more specifically the Nations whose traditional territories our community resides within, which is Enoch Cree Nation and the Four Nations of Maskwacis – Montana, Samson, Ermineskin and Louis Bull,” said Wincentaylo.

“We are still learning about the history, learning new things from treaty from knowledge carriers and elders as well as the archival departments.”

Some of the big highlights have been communities coming together and learning from each other, he said.  “Listening to the First Peoples, their stories, and developing a better understanding of what it means to be an ally.”

“Treaty 6 Day is intended for our community to come together and learn about Treaty and the true history of the land and peoples of Treaty 6.”

“In recent years, we have done awareness on MMIWG and Residential Schools. We bring Indigenous voices to our community for locals to listen to and understand and in the process learn what they can do as a Treaty person, Settler Canadian and as an ally – working towards ending racism, hate and prejudices,” said Wincentaylo.

“Along with that, we run many activities such as Cree language programs, Ribbon Skirt Workshops and Cree Culture workshops.” He explained that the goal is to get community members involved and learn firsthand from Cree people from across Treaty 6 territory.

These are all long-term reconciliation efforts, he added. Many of the outstanding issues will not be fixed within one term or in a few years but rather “these are long term commitments to reconciliation that our leadership and administration commits too,” he said.

“It’s not a check the box exercise, it’s not a short-term political campaign, and we’re not doing it just to say we’re doing it. We are committed to reconciliation and working towards better relationships with Indigenous communities in Treaty 6.”

“As Treaty People, as Devon residents, we acknowledge that this is a long term and lifelong commitment,” he concluded, “and in the words of Treaty, as long as the sunshines, grass grows and rivers flow.”

For more information and to add your name as an Indigenous artist, call 780-987-8320 or email [email protected]. Visit www.devon.ca.