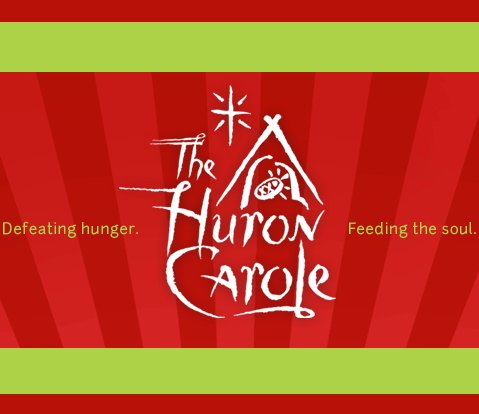 Earlier this month, the rich baritone vocals of Tom Jackson were back on the road again at Edmonton’s Jubilee Auditorium as part of the singer-actor’s countryside tour of the Huron Carole. The tour included points ranging from Vancouver Island and eastward to Manitoba and Ontario.

Beginning in Victoria, B.C., then continuing on to Lethbridge, Red Deer and Lloydminster, Jackson’s entourage pulled into Edmonton on Dec. 6 where the artist got himself real comfy in his storytelling mode.

He kicked off an entertaining evening by first weaving in a few ‘reality’ statistics that are poignant reminders of the many people who are struggling. 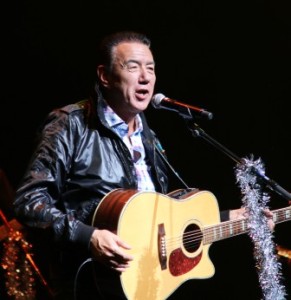 “Since 2008,” he said, “there’s been a 25 percent increase in food bank users.” of which 47 percent are children. “That’s our future,” he insisted and when people support causes like food banks, “they are helping our future.”

“It’s an investment in our future because the kids are our future,” Jackson reminded his audience.

Elaborating on that, he emphasized that since the Huron Carole began in ’87, “we raised over 200 million dollars” and “we’re now approaching $250 million worth.”

A new twist to the production, he explained, is the addition of a short play on “how the Huron Carole came about.”

It all started with a lot of people being down and out. It goes back to 1987 in Toronto, the year that the singer was “living in a crawlspace.” As a young man of 15, he had dropped out of school, then spent the next “seven years living on the back streets of Winnipeg.”

Jackson’s real wake-up call came about when he spotted a man on those same streets in need of help. “I saw a guy laying on the ground, I decided to stop and help that man,” he continued, as he role-played his actions on stage before a very quiet audience.

At this point, his 11-member band mounted the stage and Jackson broke out into song. The evening progressed from there with special appearances from Beverley Mahood, among others, who have become regular participants in the annual event – entertainers that include vocal artists Shannon Gaye, Don Amero and One More Girl.

From Edmonton, Jackson moved his show on down the road to points in Ontario and Manitoba (Winnipeg, Brandon), then west to Regina and Saskatoon, before winding up back at Calgary, his home base, where he performed at the Jack Singer Concert Hall.

Over the years, Jackson’s acting career was a large part of his life and many people recall his six seasons of performing as Chief Peter Kenidi in the North of 60 television series. He’s also performed on Law and Order, Star Trek, and more.

Over time, Jackson’s humanitarian efforts have seen him draped in many special awards – the Order of Canada, Gemini nods for acting roles and humanitarian acts, and no fewer than nine Honourary University degrees.

Although feeding the hungry has been and continues to be paramount to his “giving back,” Jackson has one other dream, that being “to help with affordable housing.”

That could be the next chapter in the life of this talented and generous humanitarian.