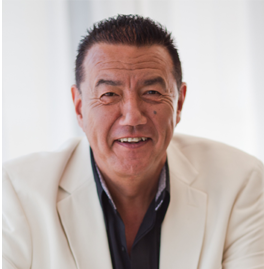 Edmonton, AB – On December 6, actor, singer, and lifetime philanthropist Tom Jackson brings his nationwide tour The Huron Carole – A Musical to Edmonton to support the work of Edmonton’s Food Bank.  New this year, Tom will be sharing his experiences of life on the streets and how he discovered music as his way out – and an opportunity to help others.

The first half of the show is an enchanting musical re-enactment of the very first Huron Carole concert that took place in 1987. The second half incorporates traditional seasonal music from a remarkable and memorable Canadian cast: Beverley Mahood, Shannon Gaye, Don Amero, and Carly and Britt McKillip of One More Girl. 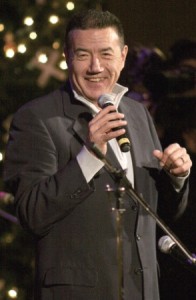 Those attending the concert at the Northern Alberta Jubilee Auditorium in Edmonton will also have the opportunity to meet Tom Jackson and the cast after the show.

“The support from Huron Carole couldn’t come at a better time.  Between March 2013 and March 2014,” says Edmonton Food Bank’s Executive Director Marjorie Bencz.  “Edmonton’s Food Bank has seen an increase in need of more than 5 percent in our Hamper Programs and over 12 percent increase in the number of meals and snacks.  As an essential service provider in the community, ongoing support is needed to fund operations and food purchases.”

Each holiday season Edmonton’s Food Bank provides turkeys to a number of agencies that prepare festive meals for community members.  “In 2013, we provided 1,642 turkeys, which served almost 18,000 people through holiday meals in the community,” added Bencz.  “Already this year, the Food Bank has had 1,259 turkeys requested and we expect this number to surpass that of 2013.”