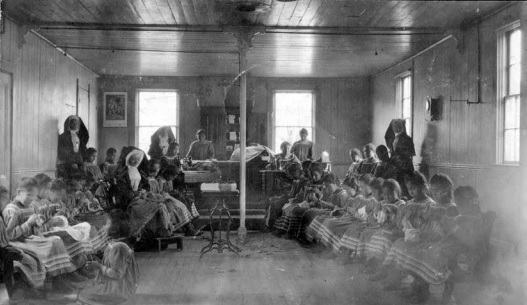 (ANNews) – Williams Lake First Nation says it has found signs of what could be 93 unmarked graves around the site of the former St. Joseph’s Mission Residential School, The Canadian Press reported on Jan. 25.

Chief Willie Sellars said that just 14 of 470 hectares of land around the site has been searched with ground-penetrating radar and that only an excavation will determine whether the 93 “reflections” detected by a preliminary geophysical investigation are in fact unmarked graves.

Whitney Spearing, who led the investigation, agreed that it’s at this point unclear how many of those irregularities are unmarked graves.

“It is important to note that there is still much work to be completed within the Phase 1 area of the investigation, including additional (ground-penetrating radar) and magnetometry grids, detailed analysis of records related to internment and burial at the historic cemetery, and investigation into the implications of potential incineration of human remains at St. Joseph’s Mission,” Spearing told CP.

Sellars told CP that stories recounting by survivors indicate there were many children who attended the forced assimilation institutions that are still unaccounted for.

“Their bodies were cast into the river, left at the bottom of lakes, tossed like garbage into the incinerators,” Sellars said. “It is for those children and families that we grieve the most.”

“We know from stories from survivors that thousands of children died while attending these so-called schools,” B.C. Assembly of First Nations Regional Chief Terry Teegee said.

“Ground penetrating radar is finally allowing us the ability to locate where many of them are buried, and helps give their families and communities closure. We commend and recognize Williams Lake First Nation in undertaking critical, emotionally taxing, and (re)traumatizing work related to burials at the former St. Joseph’s Mission Residential school site and we stand in support as they undertake this important work.”

The search had been underway since June and the chiefs of impacted First Nations were notified ahead of a private meeting on the morning of Jan. 25, Global News reported.

The Roman Catholic Church opened St. Joseph’s Mission Residential School in 1891 and it was in operation until 1981.

The National Centre for Truth and Reconciliation said that, according to its records, one student died of exposure after trying to escape St. Joseph’s in 1902.

Another died and eight others became ill after eating poisonous water hemlock, which parents believed was a disciplinary measure.

The school also employed child slave labour through the ranch, he added.

“The initial operation of the mission was an industrial school where First Nations’ pupils performed labour-intensive tasks, including serving white children and staff, timber-splitting, cattle-rearing, farming and sewing,” Sellars said.

“There were reports of children dying or disappearing from the facilities. For the bulk of St. Joseph’s Mission history, these reports were, at best, given no credence. At worst, there was something darker going on and an effort to suppress the emergence of the truth.”

The Indian Residential Schools Resolution Health Support Program has a hotline to help residential school survivors and their relatives suffering with trauma invoked by the recall of past abuse. The number is 1-866-925-4419.