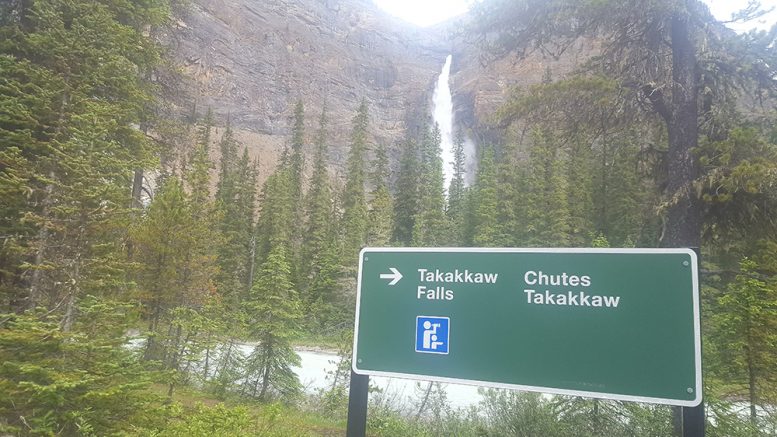 The magnificent Takakkaw Falls are located in Yoho National Park.

(ANNews) – Do you ever wonder which one of our ancestors got to be the fortunate community member to play poisonous plant roulette– where they carefully nibbled on an Indigenous plant growing on Turtle Island and survived round one of eating something foreign to their knowledge? And what about which one of our ancestors had the opportunity to name some of the most incredible land markers on Mother Earth? Did they have a dance off to see who would get to name places and things, or did it have to do with an intimate encounter they had with Mother Earth? Afterall, the wild rose bush’s alternative name is itchy bum berry – for a reason. 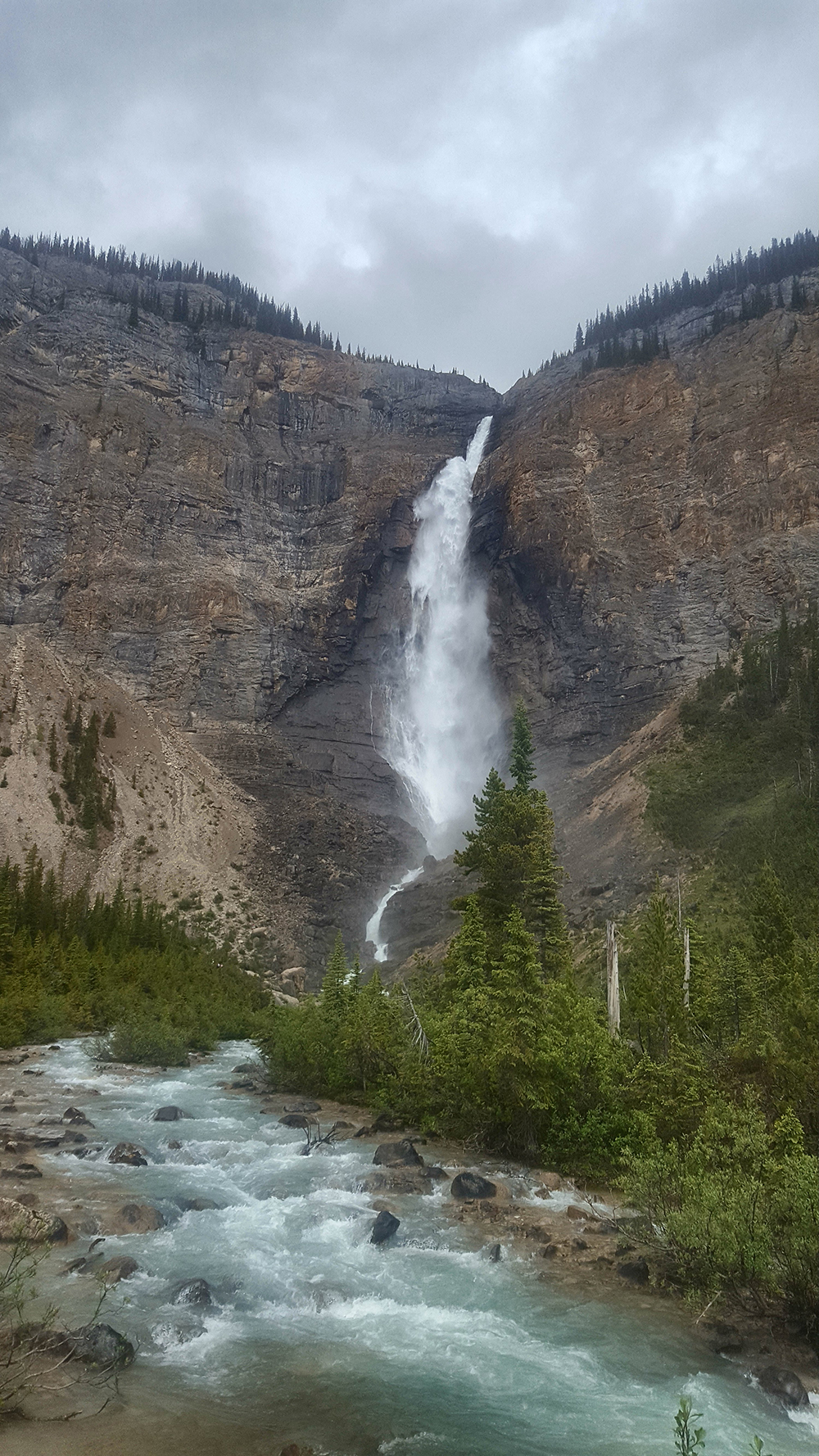 The word for ‘wonderful and magnificent’ in nehiyawewin is takakkaw. Takakkaw describes what is visible to the naked eye when taking in the sight for sore miskîsi with water barreling out of a slot canyon before impacting force onto rocks, forcing the water to protrude outwardly around 150 feet, having a similarity to what a rooster tail looks like.

Located in Yoho National Park, near Field, British Columbia, Takakkaw Falls is the second largest waterfall in Canada. It has an estimated total height of 380 meters (1,248 feet) and has rushing meltwater fleeing from the Daly and Niles Glacier, that is a part of the Wapta Icefield- north of Lake Louise in Banff National Park. The Wapta Icefield stretches for miles across the Great Divide along the Canadian Rockies.

The one thing that stands out like a kohkom at a rock concert, is Takakkaw’s powerful force of water jetting out from the cliff during peak water flow periods in July through to September. The falls flow all year round, but once the snow begins to melt, Takakkaw is visually depicted as one of the world’s most notable cataracts.

This magnificent waterfall is approximately 504 kms southwest of amiskwaciwâskahikan (Edmonton), it has a few switchbacks that makes it a doozy to drive large RV’s uphill, and is about a 5 minute hike from the parking lot to the foot of the waterfall that connects to the Yoho River.