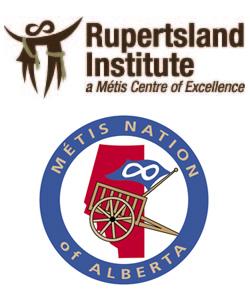 On March 4, the Rupertsland Institute released the “Bridging the Aboriginal Education Gap in Alberta” report.  Authored by internationally recognized economist and statistician Eric Howe, the study measures the economic impact of the education gap in the lifetime earning potential of Aboriginals people in the province. The report concludes that economic loss to Alberta is in the billions of dollars if it fails to seize this untapped opportunity by investing in Aboriginal education.

Using forensic economics Howe’s study measures Albertan’s lifetime earnings controlled by four distinct education levels, and is able to clearly demonstrate that “the more people learn, the more they earn.” For example, Howe demonstrates a seven-fold increase in lifetime earnings of a Métis woman, who stands to earn $390,000 over a lifetime of work if she does not complete her grade 12 education, and his study demonstrates how this income increases to$2.8 million if she completes a Bachelor’s degree, or higher education.

According to Dr. Chris Andersen, Director of the Rupertsland Centre for Métis Research, “This important study is the first of its kind to examine the cost of the existing education gap between Aboriginals and other Albertans. Though these costs are massive and long-term, they are not inevitable – but, we must act now, and act collectively.” Dr. Andersen goes on to state,  “Dr. Howe’s report is an important wakeup call to those who think that all Albertans share equally in Alberta’s wealth. This important research shows instead that the current education gap is massive, long-term, and demonstrates the extent to which Alberta has failed some of its most vulnerable citizens.”

“A Mind is a Terrible Thing to Waste was an iconic advertising message that emerged from the United States Civil Rights Movement. The message of this study is deliberately different: A Mind is an Expensive Thing to Waste,” says Dr. Eric Howe. He explains, “The original phrasing, using ‘terrible’, encompassed ethical and moral considerations; the ‘expensive’ phrasing corresponds to cold hard cash.”

Dr. Howe’s report demonstrates that, “With the Aboriginal Education Gap, Alberta is leaving over a quarter of a trillion dollars unrealized and unclaimed – money that is essentially lying on the ground, waiting to be picked up.”

Audrey Poitras, President of the Métis Nation of Alberta states, “This report points to the need for increased cooperation between the federal and provincial governments with respect to Métis education and training. Howe’s report symbolizes the importance of building Métis institutional capacity that is capable of participating in important policy debates affecting Métis people. It should serve as a call for the Government of Canada to maintain its course on Aboriginal labour market programming, and for the Government of Alberta to fund education and training initiatives in the Métis community.”

This report was produced by the Rupertsland Centre for Métis Research (RCMR), an academic centre under the Faculty of Native Studies at the University of Alberta. The RCMR has a mandate to conduct research of the historic and contemporary Métis Nation within the Métis homeland.

This ground-breaking report is the first of many studies that will be undertaken by the RCMR to explore areas of socio-economic relevance to the Métis community in Alberta. Findings from this report will be important to academics, policy makers and Aboriginal organizations interested in creating Aboriginal policy that works for the community.

The Rupertsland Institute is an affiliate of the Métis Nation of Alberta and has a mandate in education, training and research on behalf of the Métis people of Alberta.