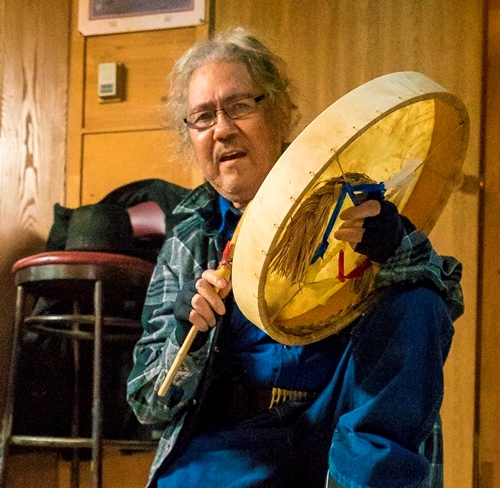 (December 2017) – In late 2012 Henry Laboucan, a sakaw îno (Bush Cree man) from Lubicon Lake, approached Randal Kabatoff, the sole proprietor of a small amiskwaciwâskahikan (Edmonton, Alberta) based publishing company with teachings passed on to him from his Elders and ancestors. After more than thirty years as an oskapiyos (traditional helper) to four respected Elders, he had earned the right to speak about and share what he had learned years prior to approaching Randal. When he did, he was in his early 70’s, now determined to find some way of preserving teachings passed down to him for the coming generations.

Henry, pictured above, was hesitant to do so through written material, because he wanted to share the teachings in the traditional way: oral storytelling. Like it has been done for thousands of years. Written material doesn’t always preserve a knowledge holder’s voice, and the subtleties of the teachings conveyed by oral stories and the language used to express them. Not only that but the process of sharing traditional knowledge orally teaches people in a different way than if they were to read it.

Henry would often say when sharing teachings to not write it down immediately, because in that moment he was “talking to your spirit” and if you wrote it down you were giving it away too soon. Oral storytelling teaches those who learn to listen and absorb information in this way how to pass these stories on to their communities through storytelling. It encourages relationship and community building around stories that are more than just entertainment. It is about a way of life, and as Henry put it, “a lifetime commitment to a set of moral and ethical principles.” This set of moral and ethical principles entails integrity and right relationship. Henry wanted to make sure that if he shared his teachings, they would be shared with integrity to help the coming generations keep their culture alive, even if they don’t have access to traditional teachings through Elders and older relatives. 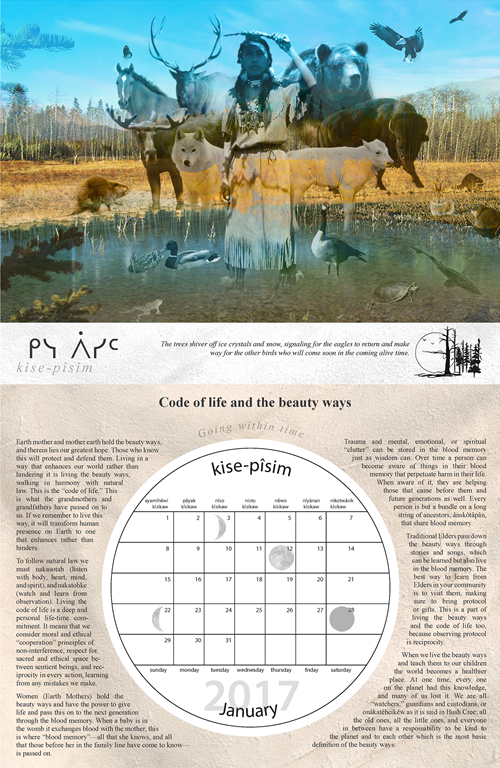 Extracted from “Stories from the Bush.”

It used to be that people would visit their Elders and relatives in their autumn years and going within time. Old people sit in the north on the medicine wheel. They have a lifetime of experience and are close to Creator, who they will be returning to in time. Visiting older relatives and Elders used to be a tradition of reciprocity in many Cree communities that helped transmit culture and build relationship; younger people would bring protocol which included things like traditional food to Elders, which took care of many of their basic needs.

In return, Elders and older relatives would teach the younger people how to live in a good way, and about all kinds of practical traditions that had been passed on throughout the generations for the health of people’s body, mind, spirit, and emotions. This created a bond between generations, ensured cultural transmission, and looked after the needs of the knowledge holders. This doesn’t happen nearly enough today, in large part because of the impact colonialism has had on families and young people’s access to traditional education, and cultural and ceremonial experiences. Henry wanted to remind young people to visit with Elders if they can. But this isn’t always possible.

Henry knew that it was time to write the teachings down in a good way, to guarantee the teachings are passed down even if youth do not have access to traditional knowledge through an Elder or older relative. This also became the motivation for the formation of Circle Teachings Publishing, and its first publication, Stories from the Bush. Together, Circle Teachings and Henry collaborated to create Stories from the Bush. Through a series of ceremonies, and frequent visits with writer Dylan Lightbourn and publisher Randal Kabatoff, Henry shared his teachings in a traditional way, and simultaneously taught Circle Teachings staff about relationship and how to really listen. When the time came, Henry gave Dylan permission to begin writing down the stories for the calendar, and then together they reviewed everything written to make sure it reflected what he wanted to say. When it was to Henry’s satisfaction, the calendar was published. Any profit made on the calendar is shared with Henry to honour his contributions, and to honour the tradition of reciprocity with knowledge holders who share their teachings.

Circle Teachings learned that to gather cultural information and preserve it to ensure that it would be there for future generations was to do more than just research. It was to build a relationship with knowledge holders, and support them in sharing this with the coming generations. Now, Circle Teachings has produced another calendar in addition to Stories from the Bush. It is the Stories from the Kohkoms Calendar – full of teachings from kohkoms living in Treaty 6 territory, made in collaboration with the Kohkom Kisewatisiwin Society, also based in amiskwaciwâskahikan (Edmonton, Alberta). 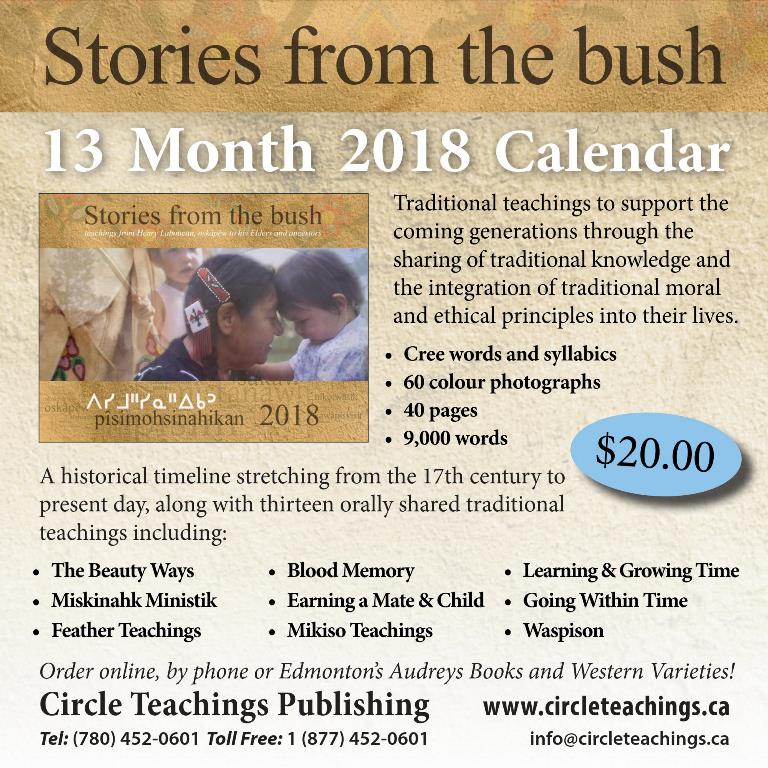 We at Circle Teachings look forward to future collaborations with knowledge holders, to make sure their voices are heard and their teachings are preserved for the coming faces. Not only do we plan to do this through our calendars, but we will also record knowledge holders sharing stories in their traditional language, to make sure their way of speaking their Indigenous languages is also passed on to future generations. Like Henry always says, “When Elders die, it is like a whole library burnt down.” We are doing our best to make sure that Elders with knowledge they want to pass down can do so, and we make sure it is done in a way that reflects their teachings in the process.

We invite anyone who needs help doing this to contact us and we look forward to building relationship, and strengthening community on this journey of listening, learning, and sharing. We are on this journey together with all who contribute, and all those who read the calendars and learn from the teachings the knowledge holders in our community have shared.

Be the first to comment on "Stories from the Bush: Traditional Teachings from a Lifetime Oskapiyos"