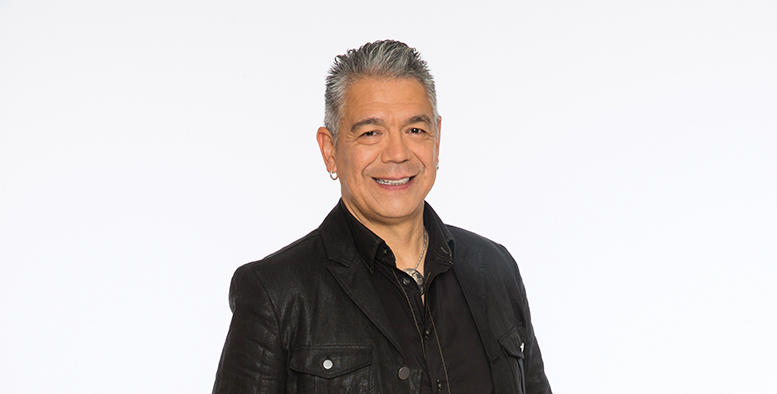 Lorne Cardinal, the first Indigenous person to graduate from the prestigious BFA acting program at the U of A in 1993, is known for his roles in Corner Gas, North of 60, and numerous theatre productions. He is also being honoured by Edmonton’s own Roxy Theatre, with a new theatre space being named after him.

The award itself was created to honour the memory of the prolific stage and screen actor August (Augie) Schellenberg, who is known for his performances in Black Robe, The New World, and Free Willy.

Cardinal and Schellenberg were friends throughout their careers and even starred together in an all-Indigenous production of Shakespeare’s King Lear at the National Arts Centre in 2012, with the latter playing the title character. The production was documented by Lorne Cardinal and his partner, artist, writer, and comedienne Monique Hurteau in the film, Chasing Lear.

“It would be the first time that an all-Indigenous cast would take on a Shakespeare play on a large main stage theatre in Canada,” said Cardinal.

Schellenberg “left an indelible mark in my life,” said Cardinal, and he “was lucky to call him a friend and a mentor.”

When speaking about his life before he was a much-celebrated actor, Lorne said, “I asked my teacher, I asked Dr. David Edwards, I said, how do I make a living at this how do I become a professional actor and do this all the time? His best advice to me was to get training, to find the place to get the best training you can get, so I did. I ended up at the University of Alberta and dedicated three years of my life to learning the craft of acting classical theatre, with classical Shakespeare training and it was the best investment I’ve made in myself and paid it itself off numerous numerous times,” he said.

“All these awards and nominations I get are just gravy. One of the reasons I became an actor is to tell stories. I love telling stories,” he said. “And if other People of Colour see me on stage, and say, ‘Oh, I didn’t know I could do that. Look at him!’ — making it possible, putting it in their consciousness.”

ImagineNATIVE is a registered charity committed to creating a greater understanding of Indigenous peoples and cultures through the presentation of contemporary Indigenous-made media art including film, video, audio and digital media. The festival ran from October 20 – 25 this year.

Be the first to comment on "Squamish-based actor, Lorne Cardinal, receives Award of Excellence"