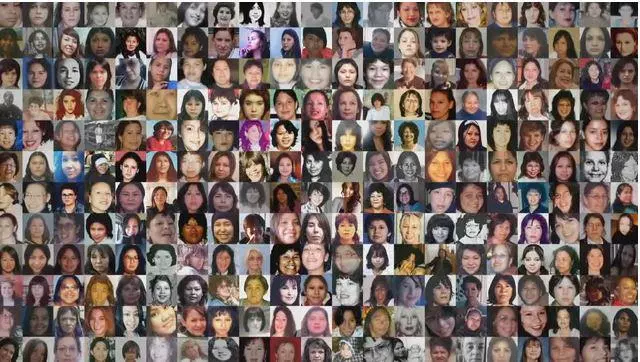 (ANNews) – This past October 4th was Sister in Spirit Day, which was created in order to bring awareness to the Murdered and Missing Indigenous Women and girls (MMIWG) across Canada. Annual vigils are held across Canada and internationally in remembrance of missing and murdered Indigenous women.

In Alberta specifically, several events were held to commemorate the day.

In Calgary, the Sisters In Spirit Vigil brought together Indigenous elders, families, Calgary police officers, advocates and community leaders for an annual memorial.

The event started with drumming and singing at Third Street and Stephen Avenue S.W., after which participants marched to City Hall Plaza for a noon gathering.

“We gather to bring awareness for increased safety, justice, recognition of our Human Rights and to support the public call for the announced national inquiry. Our goal and wish to initiate is to initiate open dialogue with our governments, to take action and reduce the alarming rates of violence of against Indigenous women,” the group stated in a release.

“We are over-represented and at greater risk than the national average of homicide and violence.”

“The walk is more symbolic. It shows a gesture towards all the families that have gone through violence and discrimination and hate, so we’re walking for [those] who can’t be here,” Rabbit said.

“These walks are amazing. They create a visual for the public but we need more than that. We need people to walk their talk now.”

In Lethbridge, there was a ceremony that was held at the City Hall where Elder Wendy English gave a prayer followed by a song before the ceremony moved down 4th Avenue South to Galt Gardens for more speakers and a candlelight vigil.

Amanda Scout, a Sisters In Spirit Vigil planning committee member said, “This is our 14th annual. We are honouring the missing and murdered Indigenous women and reminding people to keep that in mind that there have been inquiries and recommendations, but after that, no action.”

“We have gone through the recommendations thoroughly and we’ve brought them to city council. There are 25 we feel that the City of Lethbridge can act on. It’s just about creating safe spaces and getting the resources for women who might be at risk.”

“Of course, it could always be better and we would like to see more action. But it’s being addressed and we have groups here in the city that are working with vulnerable women and trying to empower them. We’re very hopeful and we’ll keep walking.”

AFN Alberta Regional Chief Marlene Poitras said, “Today we reflect on the lives of our mothers, daughters, aunties, cousins, grandmothers, granddaughters that have been lost – that have gone missing – that were murdered. We wear red in remembrance, and in support. We stand in solidarity with victims, survivors, and their families. Again today we call for action to end the violence against indigenous women and girls that continues. Days of awareness, remembrance and action are important and must continue until these injustices end.”

Minister of Indigenous Relations Rick Wilson and Minister of Culture, Multiculturalism and Status of Women Leela Sharon Aheer said in a statement that they are “proud to declare Oct. 4 Sisters in Spirit Day.”

“Our hearts go out to the many families and friends across Alberta and Canada who have suffered unimaginable losses. We stand with you against violence in the names of your loved ones, whose lives are forever in our memories,” the statement read. “Alberta’s government hears your calls for justice for your mothers, sisters, daughters, aunts and their families. We know we have a role to play in preventing violence against Indigenous women and girls, and we are taking action.”