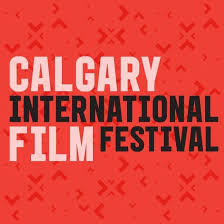 CALGARY – Sept. 7 – Tito Gomez of the Chippewa-Cree and Tohono O’odham First Nation partnered with Calgary-based Director Barb Briggs to create The Healing, a short film premiering at the Calgary International Film Festival. The film tells the story of an Indigenous woman battling addiction, and how her connection to Indigenous culture leads her to recovery.

Gomez wrote this film to aid in the dialogue surrounding reconciliation in Canada, and to educate non-Indigenous people about Indigenous culture, spirituality and healing.

“Right now is the perfect time to share this film,” said Gomez. “Conversations of reconciliation have begun across the country and people are willing and interested in hearing stories from and about Indigenous people.”

During pre-production of The Healing, Director Barb Briggs was introduced to Indigenous healing practices and learned the significance of traditions such as the Jingle Dress and Pow-wow. Gomez admired how this education inspired her to engage in a dialogue and learn more about Indigenous culture, and hopes the film will mirror this effect for non-Indigenous audiences.

The film stars Stacy Da Silva, an award-winning First Nations actor, and Nathaniel Arcand, best known for recurring roles on CBC’s Heartland. Gomez and Briggs were moved by the stories brought forward by Indigenous actors during the casting call, specifically of how traditions such as the Jingle Dress have allowed for healing and a way to honour missing and murdered Indigenous women.