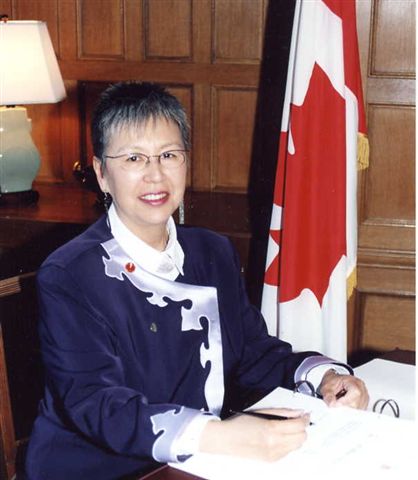 “The evidence that Aboriginal women are targets of violent acts is indisputable,” Senator Dyck said. “We know that Aboriginal females are three to four times more likely than other Canadian women to be murdered, sexually assaulted or to disappear.”

“Enshrining this bill into law would send a clear and strong signal to the court system and to the public at large denouncing the violent targeting of Aboriginal women and girls.”

The Criminal Code already lists a number of factors that are considered to be aggravating, i.e. circumstances that will generally result in a more severe punishment for an offender.

Senator Dyck’s bill would apply to a range of violent offences including assault, murder, manslaughter and sexual assault. Bill S-215 passed third reading in the Senate on December 15, 2016 and will be on the Order Paper of the House, which resumed sitting on January 30, 2017.

“Canada recently reported that for women — but not for men — simply being Aboriginal was a significant risk factor for violence,” noted Senator Dyck. “

“This is shocking and emphasizes the need for Bill S-215. On behalf of murdered and missing Aboriginal women and girls, their families and their communities, it is my honour and privilege as an Aboriginal female senator to ask for MPs to join the Senate in support of this bill.”