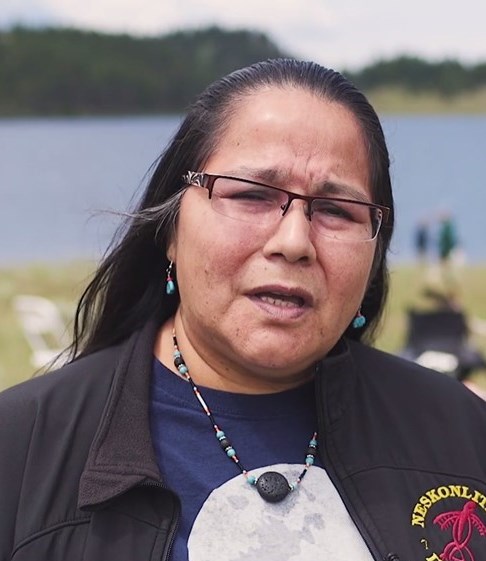 (May 9 2018, Houston, Texas) – Indigenous leaders from Canada are in Houston, Texas today to sponsor a resolution at Kinder Morgan International’s Annual General Meeting. After the meeting they will hold a press conference, scheduled for 1:00 PM Central time, 11:00 AM Pacific, 2:00 PM Eastern. The press conference will be livestreamed on Facebook Live.

Chief Judy Wilson is from the Neskonlith Band of the Secwepemc Nation through which 513 kilometres of Kinder Morgan’s current Trans Mountain pipeline runs.

The Secwepemc Nation is in Canada’s Federal Court of Appeals challenging the Canadian federal approval of the pipeline on grounds of a crucial lack of consultation. Recent court decisions have affirmed the expanding interpretation of Indigenous Title and Rights in Canada. A similar challenge quashed the approval of Enbridge’s Northern Gateway pipeline in 2016.

A verdict is not expected until June, while Kinder Morgan has promised its investors that it will make a final decision on the viability of the project by May 31, 2018. 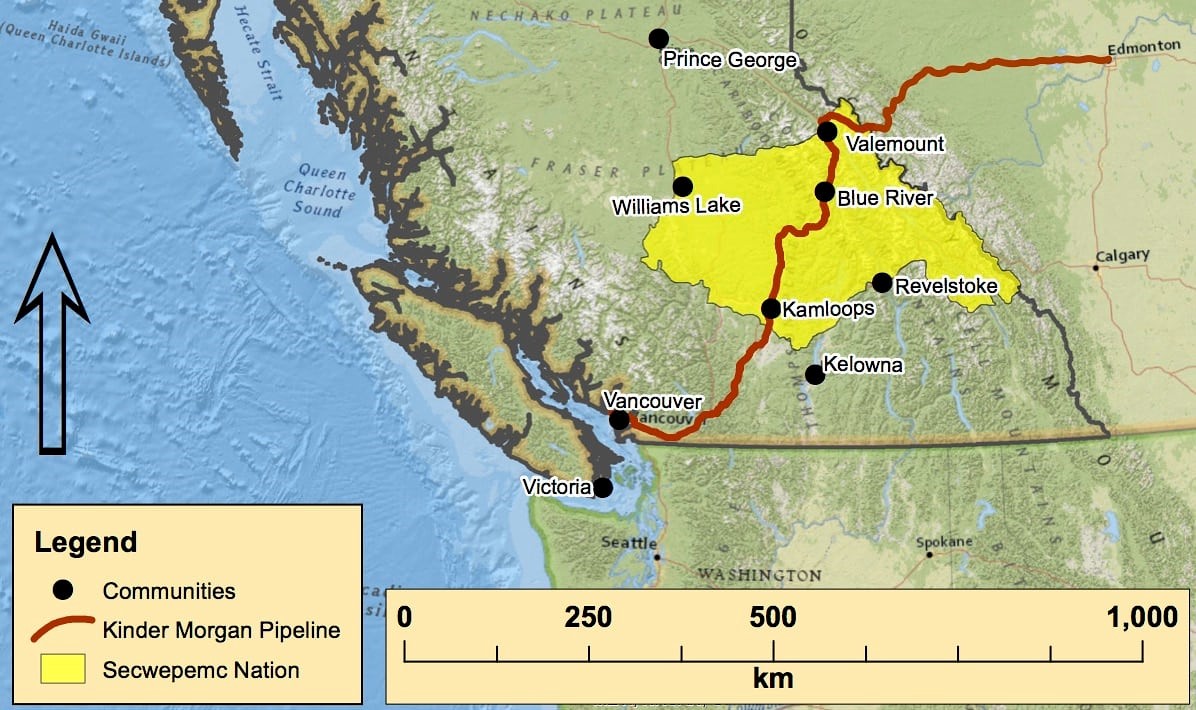 These are Neskonlith Secwepemc Nation Chief Judy Wilson’s remarks from inside the meeting:

Mr. Chairman and shareholders, I am Chief Judy Wilson of the Neskonlith First Nation in Secwepemc territory, and I am the Secretary-Treasurer of the Union of British Columbia Indian Chiefs.  I would like to begin by acknowledging the Indigenous peoples on whose territory we have the privilege to be doing our business.

I am here today to move Item 5 in your proxy materials: the New York State Common Retirement fund resolution calling on Kinder Morgan to issue annual sustainability reports, which set out the company’s environmental, social and governance risk, including risks related to human rights and the rights of indigenous communities.

No matter what the Canadian government does to address political or financial risk, it will not change our resolve to oppose the project. This will result in more delay, risk and uncertainty.

Rueben George, of Tsleil-Waututh Nation was here two years ago, and three years ago, to warn you that the Trans-Mountain expansion would not be built.  We are pleased to hear that you are coming around to this reality, but we are sorry that all this time and money has been spent. It could have been avoided, and having a sustainability report might have allowed your board of directors to more accurately evaluate these project risks.

Since Kinder Morgan began the proposed Trans Mountain expansion, many First Nations along the route have opposed it, as well as thousands of non-Indigenous citizens who will be directly impacted, and there has been a tremendous shift in the political and economic climate during this period.  If the company had been monitoring its sustainability practices, this shift would have been more readily identified.

Canada has now signed the UN Declaration on the Rights of Indigenous Peoples.  First Nations must give free, prior informed consent to projects that impact our territory, and we do not consent. The Canadian federal government has failed to adequately consult with us.  The pipeline terminus is in the Lower Mainland with almost 2.4 million people, who will be directly impacted by the pipeline going through and certainly if there is a spill and cannot be underestimated either.

Your company misinterprets Canadian law at your own peril.  Shareholders should not be misled.  My people, the Secwépemc people, collectively hold Aboriginal Title and Rights regarding our territory which is the largest Indigenous territory that the proposed expansion seeks to pass through, with more than 500 km of the proposed pipeline crossing through our territory.  Property rights cannot be ceded by individual groups.

We do not wish harm to come to you, your workers, your executives, or your shareholders.  We do not believe that the risks of this project have been accurately evaluated nor fully disclosed, and we want you to know that we have the law on our side and we intend to enforce our rights. We are here to tell you that even if the Canadian government tries to minimize political or financial risks, we will not stop fighting TMX because it threatens our culture, spirituality and identity.  Thank you.