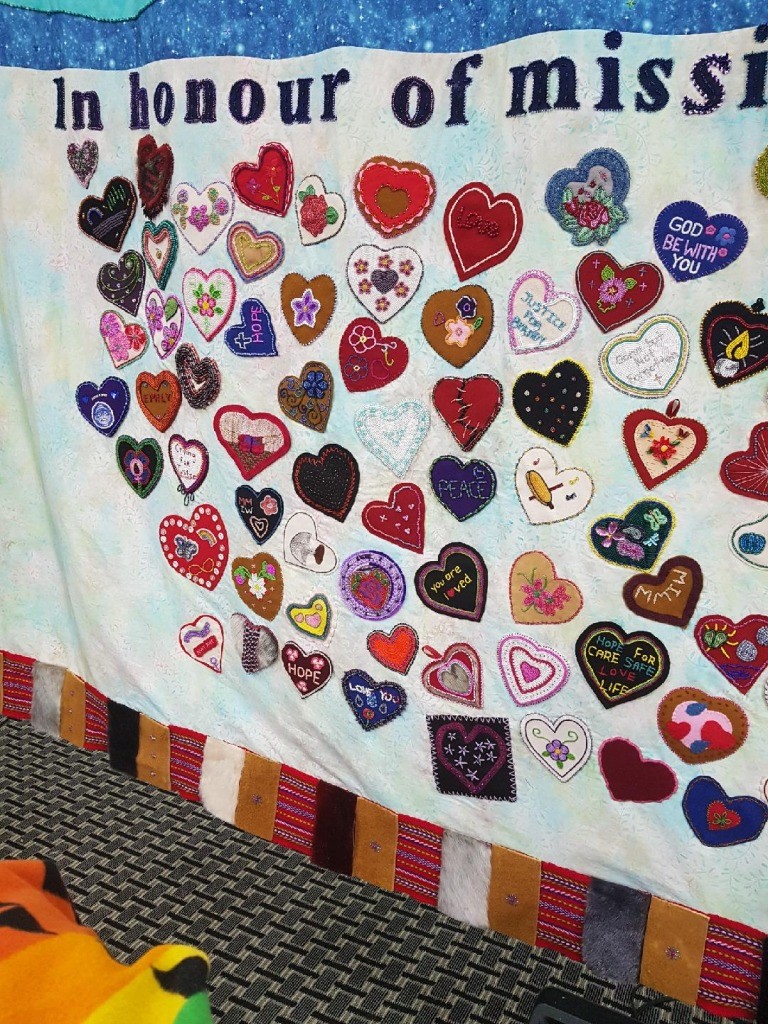 (February 9, 2018) – Family members of missing and murdered Indigenous women and girls from Northern Saskatchewan are in Saskatoon today to participate in a walk from the capital city, northward into Prince Albert, Saskatchewan. The purpose of the walk is to raise awareness to the fact that almost one hundred families have not had the opportunity to offer statements in the National Inquiry into Missing and Murdered Indigenous Women and Girls.

The original idea for the walk came from Pernell Ballantyne. Mr. Ballantyne’s sister, Monica Lee Burns was the victim of a murder in Prince Albert, SK. This is the second time organizing a walk following his first successful walk in 2015.

“These missing and murdered women do not have a voice and justice has only heard one side of their story,” states Mr. Ballantyne. He added, “When the National Inquiry came to Saskatchewan, many families weren’t notified in time to make statements. At this moment, almost one hundred families have yet to share the voice of their missing and murdered family members. Women are sacred, and this walk will bring awareness for the need to have a second inquiry for northern Saskatchewan families.”

His co-organizers, Conrad Burns and Patricia Crowe are supporting the walk and are making the journey with him. Additionally, the Saskatchewan Aboriginal Women’s Circle Corporation, a Provincial Member of the Native Women’s Association of Canada, is providing strong local support. Judy Hughes, president of the SAWCC says, “It is crucial that the National Inquiry completes a second round of hearings in Saskatchewan to engage northern families, and that the National Inquiry is extended to a minimum of four years. Family members carry the hope and solution to helping end violence against Indigenous women and girls. We applaud Pernell and Conrad and wish them well on their journey today”.

Mr. Ballantyne and supporters will begin the walk at noon Central Time in Saskatoon, SK. The roughly one hundred and fifty-kilometre walk will take approximately sixty hours to complete. Organizers are requesting a second round of “statement gathering” from the National Inquiry in northern Saskatchewan so that those nearly one hundred families can share their stories.

For more than four decades, the Native Women’s Association of Canada (NWAC) has worked to document the systemic violence affecting Indigenous women, their families, and communities.