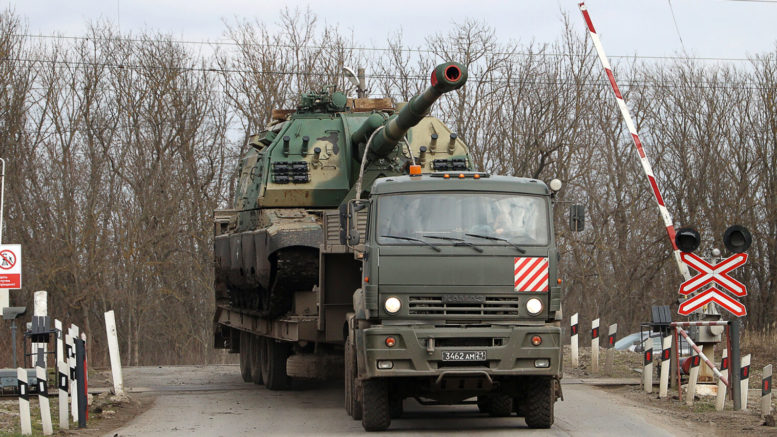 (ANNews) – Earlier this week, Russia began a large-scale military attack on Ukraine on the orders of Russian President Vladimir Putin. Various types of humanitarian and other assistance, including thoughts and prayers for Ukraine have come from across the Western World. Sharp rebukes have been levied against Russia.

Putin has said that the attack was an act of Russian self-defence, claiming that the country would demilitarize and “de-Nazify” Ukraine. The assault marks the biggest European conflict seen since the Second World War.

Since the initial attack, the Ukraine capital of Kyiv has reportedly experienced multiple artillery and cruise missile assaults — but Ukrainian President Volodymyr Zelensky has said that the city remains under Ukrainian control as of Saturday Feb. 26.

Reports of explosions have also been reported in Kyiv, Kharkiv, Odesa, and more.

In response to the event, the United States said it would send $350 million US in arms and other military equipment from their defensive stockpiles to Ukraine, along with Germany and the Czech Republic.

The United States, Canada and the European allies have also imposed sanctions on Russia and have frozen assets and implemented other penalties against Russia’s banks, state-owned enterprises, and elites.

Initial conflict began in 2014, when Russia invaded the Crimean peninsula in order “to ensure proper conditions for the people of Crimea to be able to freely express their will.”

Crimea, which is in southern Ukraine, has since been seized and annexed by Russia.

Canadian Prime minister Justin Trudeau has said the 2022 attack is “a clear further violation of Ukraine’s sovereignty and territorial integrity…Russia’s actions will be met with severe consequences.”

The Ukrainian Canadian Congress – Alberta Provincial Council (UCC-APC), which is based out of Edmonton, have been accepting monetary donations in response to the conflict.

“The Ukrainian armed forces and the Ukrainian people will resist and will fight for their freedom until the day that the Russian enemy is expelled from their land,” said the Edmonton-based council’s statement.

“The governments of the free world state that they stand with Ukraine. They must do so now in deed, not in word. All efforts must be marshalled in the coming days in support of the Ukrainian peoples’ right to statehood and self-determination. Putin and his criminal regime will meet the end that awaits all tyrants and despots.”

The council has said that there is an estimated 330,000 Albertans who claim Ukrainian ancestry, with their people having been settled in the province since the late 1800s.

Chief of Enoch Cree Nation, Billy Morin, has issued a statement in support of Ukraine and the Ukrainian population in Alberta, “Ukrainian families were some of the first families to settle in treaty 6 territory, before Alberta was even a province,” he stated.

“There are many instances of friendship between Indigenous and Ukrainian peoples that highlight the Spirit and intent of Treaty 6. Many friendships that still endure today locally.”

“Our thoughts are with their kin back home,” concluded the chief.

Meanwhile Alberta Premier Jason Kenney announced that the province would be donating $1 million to the #HelpUkraineNow Humanitarian assistance initiative led by the Canada Ukraine Foundation.