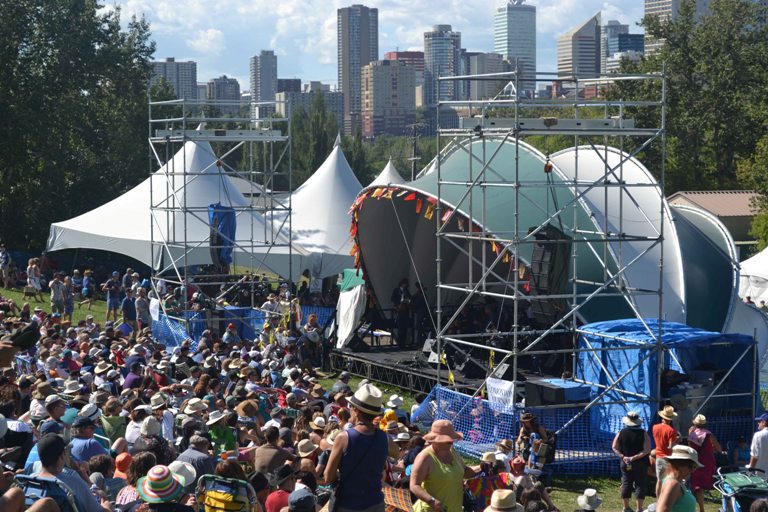 (Edmonton, AB) – The Edmonton Folk Music Festival is delighted to provide an early glimpse at this year’s lineup by announcing five artists – and one of them is the iconic Buffy Sainte-Marie!

The War on Drugs, Allison Russell, Buffy Sainte-Marie, Lord Huron, and Nathaniel Rateliff & The Night Sweats will hit the stage at the long-awaited return of the Edmonton Folk Music Festival.

“This will be one of the most exciting lineups in the history of the Edmonton Folk Festival,” says Terry Wickham, Festival Producer, “and I can’t think of a better spirit than Buffy Sainte-Marie to welcome us back to Gallagher Park on Thursday, August 4th.”

We look forward to releasing the full festival lineup on May 25th.

Buffy Sainte-Marie has spent her whole life creating, and her artistry, humanitarian efforts, and Indigenous leadership have made her a unique force in the music industry. She is an icon who keeps one foot firmly planted on either side of the North American border, in the unsurrendered territories that comprise Canada and the USA. See Buffy Sainte-Marie on Thursday, August 4. https://buffysainte-marie.com/

Nathaniel Rateliff & The Night Sweats have become one of the most recognizable new forces in contemporary roots music. Their combustible mix of soul and rock quickly cemented them as the rare generational band who balanced ecstatic live shows with engrossing and rich records. The band released their third studio album The Future at the end of 2021. On stage Thursday, August 4. https://www.nathanielrateliff.com/

Lord Huron combines influences to produce a novel sound described by The Wall Street Journal as having “a decidedly cinematic flair, heavy on mood and evocative imagery”. Their fourth and most recent album Long Lost was released in May 2021. Closing the Festival on Sunday, August 7. https://www.lordhuron.com/

Full lineup will be announced on Wednesday, May 25; ticket sales will open Saturday, June 4.