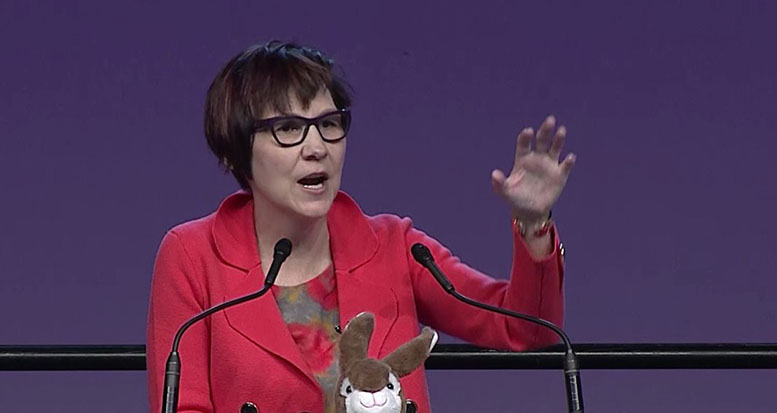 (ANNews) – On Oct. 25, the Canadian Human Rights Tribunal (CHRT) announced it can’t support the Final Settlement Agreement (FSA) for Indigenous children who have unjustly been put through the child care system.

The ruling determined the FSA fell short in two key respects — not all victims or survivors were covered by the agreement, and a list of all the categories of victims and survivors was removed from the agreement.

On June 30, the Assembly of First Nations (AFN) and Government of Canada signed a $20-billion agreement to compensate victims of “discriminatory underfunding” of First Nations Child and Family Services (FNCFS) Program, according to an AFN statement.

The endorsement of the Human Rights Tribunal and Federal Court were conditions for the agreement.

The tribunal highlighted four groups of children who were overlooked by the agreement:

Jordan’s Principle refers to the requirement that the federal government fund services on reserve to ensure Indigenous people have the same access to services as everybody else, whether they live on reserve or not.

The tribunal found that while the agreement “substantially satisfied” its orders, it didn’t do so fully.

The First Nations Leadership Council (FNLC), which is composed of the BC Assembly of First Nations, First Nations Summit, and the Union of BC Indian Chiefs, is calling on the federal government to ensure First Nations are “consulted and cooperated with in order to obtain their free, prior, and informed consent,” as outlined in the United Nations Declaration on the Rights of Indigenous Peoples.

“We must collectively ensure that impacted children are not left out of any settlement and that no child is left behind. Substantial inclusion of victims/survivors of the child welfare system is not full inclusion – we must proceed on the principle that every child matters,” reads an FNLC statement, which calls on the feds “to come back to the table.”

In its own statement, the AFN said its lawyers will “consider whether there is a path towards amending or adapting the FSA in a manner that is satisfactory of the CHRT’s orders or seek an alternative legal recourse.”

The First Nations Child & Family Caring Society welcomed the CHRT’s ruling, noting in a statement that “Canada’s dramatic under-funding of child and family services contributed to thousands of unnecessary family separations between 2006 and 2022.”

While the Federal Court upheld the CHRT’s order last year, which required the federal government to provide at least $40,000 in compensation to each survivor, the feds decided instead to go the route of a class action settlement, which the government said would provide more compensation to victims.

But, as the CHRT ruled, this excluded certain categories of victims.

“We call on Canada to adopt the Tribunal’s ruling and take up its clear suggestions to fix the FSA to ensure all victims get the human rights compensation and supports they are legally entitled to as soon as possible,” the First Nations Child & Family Caring Society said.

Society executive director Cindy Blackstock said on Twitter that while the FSA would “benefit many, [it] would also take away the 40K from a troubling number of child/adult victims or reduce amounts.”

The CHRT ruling “affirms the rights of all victims to get their 40K as a minimum amount and … encourages Canada to fix the FSA so no-one gets left behind,” Blackstock added.

According to Blackstock, the CHRT “sets out a pathway to ensure all victims get compensated that is easy.” All the feds need to do is amend the FSA to ensure all categories of survivors are included.

“When we speak about every child matters, in Cindy Blackstock’s eyes, no child matters,” McLean, the former acting grand chief of the Assembly of Manitoba Chiefs, said at an Oct. 26 news conference.

Lawyer and Toronto Metropolitan University professor Pam Palmater came to Blackstock’s defence in an interview on APTN’s Nation to Nation program, saying the tribunal’s ruling is “exactly what we were hoping for.”

“I can only assume [McLean] and others haven’t actually read the settlement agreement. Because I can’t imagine any chief in this country would want some kids excluded,” Palmater said.

“I mean, that’s counter to the whole purpose of both the human rights tribunal case and the class action.”

While the agreement is a good first step, provided it’s amended to include all survivors, more must be done to protect children who are currently in the child welfare system, she added.

“Nothing has changed. The discrimination continues – against First Nations kids, their family members, their communities – and the harm keeps happening,” Palmater said.