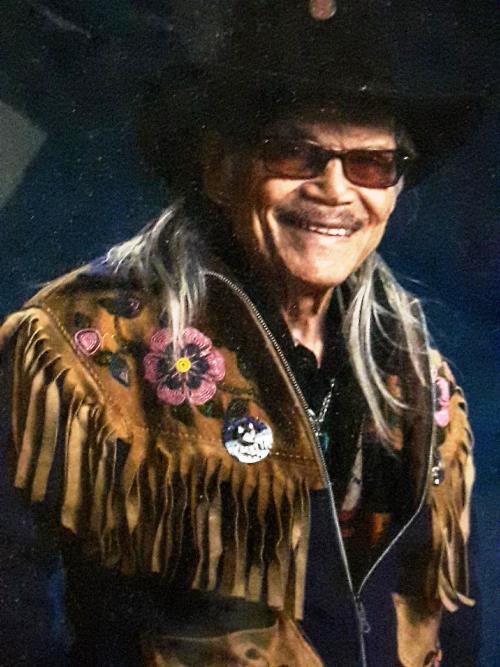 (ANNews) – A respected Métis elder who has devoted much time and effort to promoting reconciliation and Indigenous awareness in Edmonton was harassed and treated with disrespect by security guards at City Centre Mall in downtown Edmonton for trying to do a good deed.

Terry Lusty a well-known Metis photojournalist and frequent contributor in Alberta Native News newspaper said he was at the mall’s third-level food court on March 7 getting a bite to eat when he spotted an RBC credit card on the floor.

Terry, who is generally very soft-spoken, picked up the card and loudly called out the name on the card to see if the owner was still there so he could return the card.

Getting no response, he moved into the next section of the food court and called out the owner’s name again. Terry, a gentle and kind-hearted man, was trying to help a stranger by returning the card. When no-one answered his calls, he dialed the 1-800 number on his way back to his seat where his food was waiting.

It was at that point that a plainclothes security guard wearing a name tag approached him and asked Terry to turn the card over to him. Terry did not think the guy looked official and explained that he was already on hold with the bank and that he would look after it. Again, the man asked Terry to hand over the card but Terry said he was doing his “due diligence” in reporting the card lost.  The man then summoned two security guards using his phone and when they arrived they asked Terry to leave the food court.

Terry responded that he had just purchased a meal and wanted to finish it there “in peace.” They stood over Terry while he ate and Terry – though he was uncomfortable – told them they could sit down while he finished his meal.

After reporting the lost card to the bank, the bank official told Terry that the card should be destroyed. That’s when he handed it to the security guard with instructions to destroy it.

The security guard asked Terry to repeat himself, which Terry did and then he summoned up his courage and asked the guard “Are you deaf?”

That’s when Terry was told to immediately leave the premises and not to return until the following day. He refused to leave until he had finished his meal and then he snapped a photo of two of the guards.

At that point, the security guards said he was banned from the mall for one month.

The whole experience has left Terry feeling anxious, disheartened and a little angry. When asked a few days later if he felt he had been bullied, he replied, “I was racially profiled.”

“I mean, this has happened before,” Lusty said, referring to an incident in 2014 when Indigenous outreach worker Gary Moostoos was banned from that same food court for six months for no reason. “This was just racist and discriminatory and it was sheer stupidity.”

As in the case of Gary Moostoos, the mall viewed security footage of the incident and has revoked the suspension.

But the episode has left its mark on Lusty.

“Obviously, security at City Centre Mall has not learned from their prior experience with Elder Gary Moostoos a few years ago. I want people from our communities to stand up for themselves in a similar situation, to assert themselves when they know they are in the right,” said Terry. “We deserve respect.”

This kind of mistreatment has to stop, he added. “And what does it say for reconciliation? Society is supposedly on the reconciliation wagon – it didn’t feel like it,” he remarked.

The City Centre Mall is a venue for National Indigenous Peoples Day festivities but this experience felt like straight up racism to Terry.

“I viewed it as more than what was portrayed in the daily papers because I felt it was racially motivated,” explained Terry. “It felt like racial profiling to me and that’s why I’m thinking about taking it to the Canadian Human Rights Commission.”

Terry has been feeling anxious since the experience and is not sleeping well. “I’m having nightmares about being targeted,” he said. “The anxiety I experienced has stayed with me all week. I was on an assignment and couldn’t concentrate on my work. I couldn’t take my mind off it. It was very upsetting and I am not a young man.”

Terry said the mall manager has reached out and he is supposed to be receiving both written and personal apologies by the end of the week. He’s not sure what that will feel like.

He said that he has received a lot of support and kind words from his community. “The word on the street is that many people have had bad experiences in that mall.”

He hopes that his experience will be a tap on the shoulder and a reminder that Indigenous awareness and reconciliation are more than just empty words.