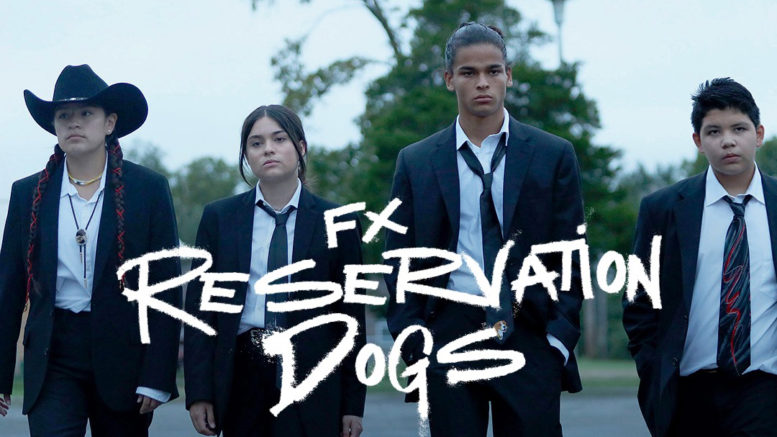 The show, which follows a group of Indigenous children attempting to leave their reservation by any means necessary, is the very first show in television history where every writer, director, and series regular is Indigenous.

The main cast of the series — Paulina Alexis, Devery Jacobs, Sarah Podemski, and D’Pharaoh Woon-A-Tai — appeared alongside the series co-creator, Taika Watiti, Director of Thor: Raganarok and Jojo Rabbit, to accept the award.

Watiti spoke on the win, saying that the cast was “so deserving, very hardworking, also a cast that I hand-selected with my friend for our show…. I’m literally giving an award to myself.

“It’s a universal story that also is a genuine reflection of their unique perspective,” he said.

Meanwhile, series star Devery Jacobs understands the tremendous achievement these awards are for the representation of Indigenous people in popular media. “This prize is so much bigger than ourselves, just ourselves,” she said.

“Each of us come from different nations across Turtle Island who survived 500 years of colonization. And in the 100 years of film and TV, Reservation Dogs now marks the first project with all indigenous creatives at the helm.”

She then dedicated the award to the Indigenous people who “came before us, working in Hollywood playing antagonists in western movies and mythic stoic and savage Indians to native creators who have to endure and break down tropes in this industry.”

“We are here accepting this award because of you. We are walking on the very path that you fought for us and carved out for us. We hope that this can mark a new beginning. Native artists have so many stories to share. And we’re only beginning to scratch the surface,” she concluded.

Finally, in an interview with the Hollywood reporter, Sterlin Harjo, co-creator of the television series, said “I think it was about just getting the opportunity to tell the story the way that we did. Taika and Garrett made that happen at FX; I was a guy off the street, there’s no reason that I would’ve even got in the lobby.

“But they walked me through the lobby into a room where there were executives with money and they greenlit the show and let us make the show and to FX’s credit, they also just trusted us and let us hire Indigenous writers and filmmakers to tell a story and they give us the freedom to do that.”

“I’m more proud about what’s going to come out after this because of what we proved, that they gave us the opportunities and we stepped up and we did it,” said Harjo.