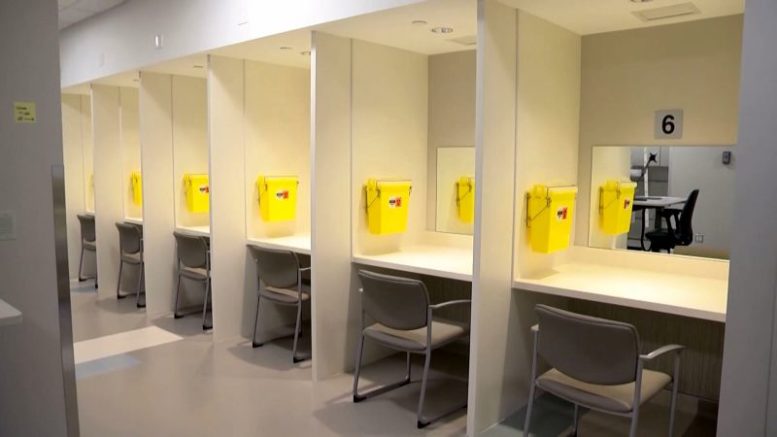 (ANNews) – On February 1, 2022 Alberta was slated to become the first province in Canada to require personal health care numbers for usage of safe consumption sites.

However, an information bulletin sent to service providers on Monday announced that the Alberta government delayed the implementation of the new rule until April 1 to comply with the Health Information Act.

The delay was made to allow service providers time to become legal “custodians” as outlined under the act, which provides them the right to collect personal health information.

“Without being a designated custodian or affiliate, service providers would not have the authority to collect and manage client health information, including personal health numbers,” said the bulletin.

“Due to the understanding that the only licensed service provider that is a custodian or an affiliate approved by the director is Alberta Health Services, enforcement for this requirement for other service providers will not begin until April 1.”

The new rule has caused much controversy in the province, with organizations such as the Lethbridge Overdose Society and Moms Stop the Harm fighting back against the legislation by filing lawsuits and court appeals.

However, despite their efforts, the delay announcement arrived on the same day the courts dismissed an emergency appeal requesting the implementation of the policy be delayed.

“From our perspective, even one person dying is too much.”

Associate Minister of Mental Health and Addictions Mike Ellis said in a statement on Monday that the government, “views supervised consumption sites as a portal through which other more proactive services can be provided.”

“As is standard practice for health-care services, moving forward, operators will be required to ask clients for their personal health number upon their first visit. No client will be refused services if they refuse to provide their PHN.”

Mark Braverock, leader of the Sage clan, an all Indigneous group in Lethbridge that provides support to the homeless population in the city, agrees with Nanda by saying that the policy, “doe not make the situation better.”

“More and more has been put on the addict to even sober up and then even more work has been put on people who truly are frontline. It’s been frustrating to see this new approach AHS has of mandating that you have to have a card so that you can use [the consumption sites].”